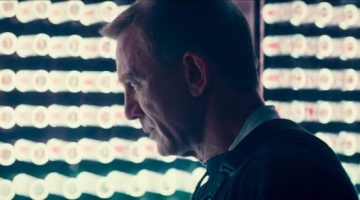 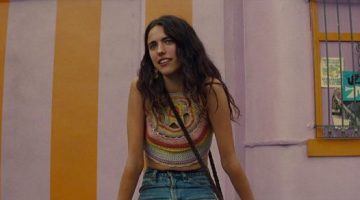 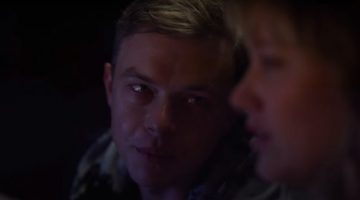 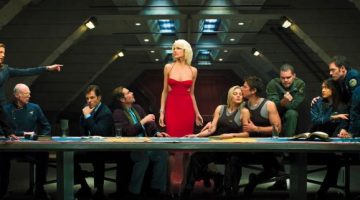 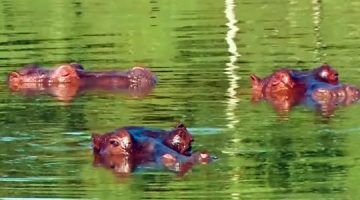 (Welcome to Scariest Scene Ever, a column dedicated to the most pulse-pounding moments in horror. In this edition: The Thing delivers an iconic scene ..

(Welcome to Scariest Scene Ever, a column dedicated to the most pulse-pounding moments in horror. In this edition: The Thing delivers an iconic scene that rivals Hitchcock in creating unbearable tension.)

It Chapter Two dominated the box office this weekend, and if you were among the masses to see how the story ended for the Losers’ Club, you likely picked up many of the references and Easter eggs that’s par for the course of a Stephen King adaptation. From overt cameos to subtle allusions to the novel, the concluding chapter had it all. Including one bizarre sequence that riffs on a memorable moment from John Carpenter’s The Thing.

While it’s an unexpected choice to reference a film outside of King’s multiverse, the intent seems to be course correcting 1982’s initial chilly reception of a now-heralded horror classic while nodding to the Losers Club ‘80s-set childhood and It’s final form. Either way, it presents yet another excuse to revisit Carpenter’s thrilling showcase of practical effects, relentless anxiety, and the complete erosion of community by way of paranoia and mistrust. The Thing boasts no shortage of iconic moments and monsters, but it’s the blood test scene that stands out for the effective way it unnerves through coiling tension. This scene is a masterclass of suspense that rivals the work of the King of Suspense himself, Alfred Hitchcock.

When a Norwegian helicopter pursues a sled dog to their station, the Americans are unaware that the dog is a shape-shifting alien in disguise. One that has the ability to assume the appearance of its victims. Soon they realize the creature has assimilated into their ranks, creating dangerous paranoia among them as the death toll rises.

The Story So Far

After being free to roam the station, the sled dog from the Norwegian camp is housed with the American sled dogs, where it reveals itself as an otherworldly creature and wreaks gory havoc. It’s set on fire, but that it was free to roam the station prior means it’s too late. Blair is the first to realize what’s happening, his tests that determined that not only is one of their own very likely a Thing in perfect disguise, but that all life on Earth can be overcome by it in a matter of years. He further isolates the men by sabotaging the radio, all vehicles, and kills the remaining sled dogs. The rest of the team, oblivious to his motives, lock him up in a tool shed.

Fuchs commits suicide to avoid assimilation, and MacReady, who’d become the makeshift leader after the blood supply had been destroyed, has been framed and locked outside of the station. From there, the station descends into absolute chaos. MacReady sets the group further on edge when he breaks back in to the station, Clark is killed out of self-defense, and Norris suffers a heart attack. Poor Copper tries to resuscitate via defibrillator, but Norris’ chest cavity opens up and devours Copper’s arms. MacReady torches the Norris creature, whose head detaches and sprouts legs out of self-preservation. It gives MacReady the idea of how to determine who is or isn’t assimilated.

With the surviving members of the group suspicious still of MacReady, he has Windows bind them and take blood samples from each while he keeps his flamethrower armed and ready. MacReady posits that every part of the alien lifeform acts as a separate entity with its own survival instinct. Therefore, taking a burning hot piece of copper wire to their blood samples will cause the infected to reveal itself. Like MacReady, the audience knows one of them has to be assimilated, it’s just a matter of who and when they will reveal themselves. Director John Carpenter stretches this scene out to maximize the palpable uncertainty and dread.

Carpenter begins this nail-biting scene with a wide shot that presents the layout. MacReady faces Nauls, Childs, Garry, and Palmer, all tied up and seated, as Windows nervously extracts blood samples. The corpses of Clark and Copper rest on the billiard table in the background. From there, Carpenter zooms in close, keeping the viewer focused on only one part of the scene at a time to mount the tension. This limited perspective, the constant distractions from the reveal, and the lack of any music makes the suspense cut like a knife.

The camera transitions from copper wire being heated by the flamethrower to Windows nervous face, and then his exhale of relief when his blood test passes. It focuses on Childs’ angry glare. A cutaway to the two dead bodies in the background. Back to the heated wire touching the blood samples. All at a deliberate, calculated pace. The more MacReady tests samples, the more we wait for the inevitable horror of a cornered creature lashing out.

Carpenter prolongs the reveal as long as possible, as the blood test continues to trim the list of suspects. MacReady’s walkthrough of his thought process, reveals that the corpses were human, Childs’ accusations of murder, the weary and doubting expressions from those bound, and even MacReady’s indictment of who he believes to be assimilated, Garry, work to divert from the purpose. Which among them is no longer human? MacReady’s reason for Garry as his main suspect is sound, he had access to the blood supply that was destroyed after all. With hubris, MacReady announces that he’ll save his suspect for last, shifting both his and our attention solely on Garry. No one is paying attention to the current blood sample MacReady is testing, and it’s at this precise moment that Carpenter rips the rug out from under us.

Cue the jump scare as the tainted blood shrieks and transforms. It’s Palmer, who begins to violently transform while tethered to the couch next to Garry and Childs. MacReady’s flamethrower jams up at the worst possible time. Adrenaline surges as the Palmer-Thing mounts a deadly defensive attack at the most vulnerable moment for the surviving humans.

This intense scene encapsulates what Carpenter does so well; technical precision and simplicity that allows the nerve-fraying horror to take center stage. There’s no haunting score to set the mood here, just talented actors inhabiting fleshed out characters and constant misdirection to prolong the unavoidable. All of which creates one terrifying pinnacle of suspense.

The post The Blood Test Scene in ‘The Thing’ is a Workshop on How to Build Suspense appeared first on /Film.