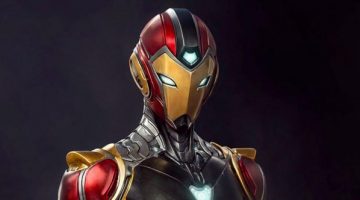 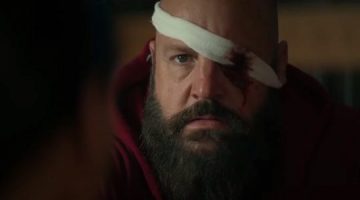 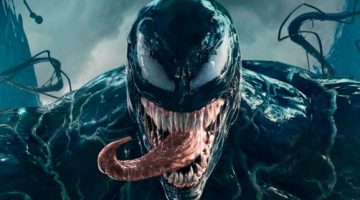 Peter Ramsey, one of the directors of last year’s Spider-Man: Into the Spider-Verse, has lined up his next directing gig – and no, it’s not the Spider..

Peter Ramsey, one of the directors of last year’s Spider-Man: Into the Spider-Verse, has lined up his next directing gig – and no, it’s not the Spider-Verse sequel. Instead, he’ll make the jump to live action for the first time and direct a film called Love in Vain, an “unconventional biopic” about famed blues musician Robert Johnson. Johnson, a 1930s guitar player who has become legendary in the blues community, is arguably most famous for being the subject of a story that he sold his soul to the devil in exchange for the ability to master the instrument.

Deadline brings word that Paramount has bought the pitch for Love in Vain from up-and-coming writer Krystin Ver Linden, who wrote the initial script for the Sally Ride biopic about the first American woman in space. Ramsey, who directed the underseen 2012 animated film Rise of the Guardians as well as last year’s Spider-Verse, is set to direct. Based on his previous work, I wouldn’t have guessed that this would be subject matter that interested him, but I’m excited to see what he does in the world of live-action – and I’m especially interested in the “unconventional” aspect of Ver Linden’s screenplay. Are we looking at a new Rocketman, or something even more stylistically adventurous? Lorenzo di Bonaventura, Mike Menchel, and acclaimed musician Lionel Richie will produce the film.

Not much is known about Johnson’s real life, which is the best way for rumors and legends to become believed as facts over time. Johnson was a small time musician who only participated in two recording sessions in his life, resulting in only 29 songs before his early death. But those songs, initially recorded in low quality, were re-released in the early 1960s and inspired artists like Bob Dylan, Keith Richards, Robert Plant, and Eric Clapton, who once referred to Johnson “the most important blues musician who ever lived.” Johnson pioneered the Delta Blues genre of music, influencing an entire generation of performers despite being a relative unknown during his lifetime. He died at age 27, becoming an early member of what would be known as the “27 Club” or “Forever 27”: musicians like Kurt Cobain, Jim Morrison, Jimi Hendrix, Janis Joplin, and Amy Winehouse who all died at that age.

If you want to do some more research into Johnson’s life before this movie comes out, there have been several movies made about him: The Search for Robert Johnson, Can’t You Hear the Wind Howl?: The Life and Music of Robert Johnson, and a 48-minute Netflix movie that came out earlier this year called Devil at the Crossroads.

The post ‘Spider-Man: Into the Spider-Verse’ Director Peter Ramsey to Helm an “Unconventional Biopic” About Blues Musician Robert Johnson appeared first on /Film.