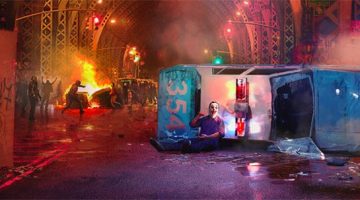 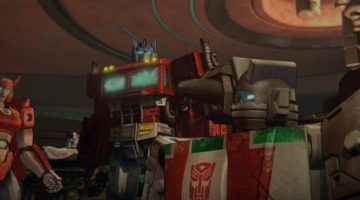 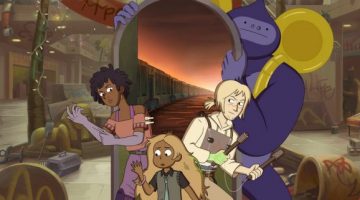 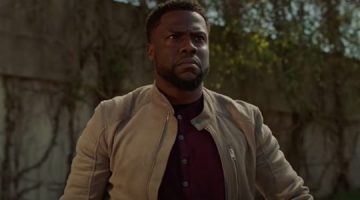 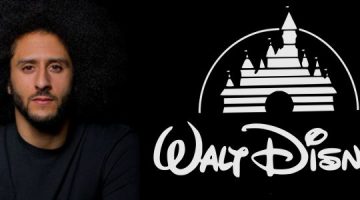 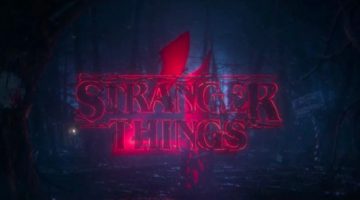 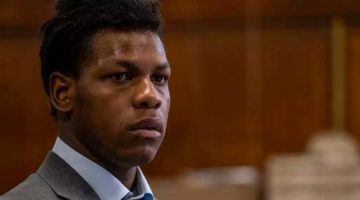 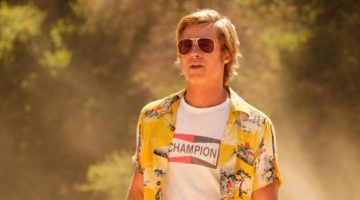 It took long enough, but it finally feels like we’ve gotten to the plot of His Dark Materials. It was partly on the fault of the series, for taking th..

It took long enough, but it finally feels like we’ve gotten to the plot of His Dark Materials. It was partly on the fault of the series, for taking the Game of Thrones approach that unwisely split up our disparate storylines to give the impression of an epic, sprawling saga.

We’ll Learn You Our Tricks

Picking up immediately after the cliffhanger of the last episode, “The Spies” opens on Lyra screaming in the back of the Gobblers’ van, which comes to a stop in front of the den just vacated by Roger and company. But the drivers are quickly attacked by Tony Costa and the Gyptians, who rescue Lyra and bring her back to the boats — which have vastly increased in number as Gyptians all over England had gathered in London to deal with the Gobblers. Lyra settles in immediately with the Gyptians, with Ma Costa instantly taking her under her wing and Farder Coram taking a paternal interest in her.

But still stinging from her treacherous experience with Mrs. Coulter, Lyra refuses to trust the Gyptians at first, playing the same cat-and-mouse game with John Faa as she did with Coulter. It’s great to see the situation reversed between her and Pan, with Lyra prickly and withholding with the Gyptians while he is more trusting; it’s in instances like these, where we see Lyra’s inner conflict visualized by an argument with her daemon, that the unique conceit of His Dark Materials shines through. This works especially with Dafne Keen’s performance, which is more physical than internal — her face is more often than not stony and unreadable.

I find myself warming more to Keen’s Lyra in this episode, where it’s clear that she excels when she’s given good scene partners. Her scenes with Ruth Wilson were often more of a showcase for Wilson, who would outshine anyone sharing a frame with her, but Keen is more confident with Anne-Marie Duff’s Ma Costa and James Cosmo’s Farder Coram, who are more generous scene partners. Duff’s fragile warmth and Cosmo’s weary gravitas are wholesome to watch, especially in scenes when Ma Costa teaches Lyra how to make homemade explosives and Farder Coram muses over the nature of daemons. Though Lyra at first bristles at the idea of being a “prisoner” yet again, she slowly gets comfortable with the Gyptians, especially after Farder Coram shows her a glimpse of the Gobbler they captured and are attempting to torture for information. Realizing that they have the same goals to rescue children from the Gobblers, Lyra enthusiastically shares the plans for the “station” she found in Mrs. Coulter’s study, giving the group their first real lead.

Meanwhile, Mrs. Coulter is cutting a bloody streak through England in her furious search for Lyra, storming into Jordan College with Lord Boreal and a squadron of Magisterium soldiers (whose design is blatantly fascist, with their caps and arm patches). “Find me something that is heretical or illegal,” she orders the soldiers as they tear apart the college, the Master receiving her calmly in his study. Her scolds her for violating scholastic sanctuary but Mrs. Coulter has no patience for his rules. This is the angriest we’ve seen Mrs. Coulter, shedding all her sweet charms in favor of a swaggering show of power and threatening the Master in a raw and guttural voice. “I will destroy all of this,” she growls, demanding to know Lyra’s whereabouts. He does nothing but reveal that Lyra is now in possession of the alethiometer, which leaves Mrs. Coulter shaken.

Oh Ruth Wilson, how many ways can I rave about you? As if last episode’s barely repressed fury wasn’t amazing enough to behold, episode 3 shows a Mrs. Coulter teetering on the edge — quite literally in one scene in which she, drunk and giggling psychotically, balances on the edge of her apartment’s porch, bringing us back around to her musing last episode that she could “never resist the urge to jump.” She does not jump, but she does open a mysterious box holding two metallic scarabs, which she sends flying off into the night.

Meanwhile, Lord Boreal’s plot seems more divorced from the main story than ever, especially now that Lyra and the Gyptians have converged. After getting berated by Father Macphail over Mrs. Coulter’s violation of scholastic sanctuary, he learns that officers have been dispatched to raid the Gyptian camp. But his doings on the “other side” are infinitely more interesting, even if Boreal’s espionage-style diggings into Stanislaus Grumman feel like the show is getting too ahead of itself. But for fans of the books, the latest reveal will be exciting: Boreal and his accomplice discover that Stanislaus Grumman is actually John Parry (Andrew Scott), a British military man from our Earth who disappeared years ago during an expedition to Alaska. Intrigued by this newfound information, Boreal hires a man to keep an eye on John Parry’s wife and son in our Oxford — leading into the inciting events of The Subtle Knife (aka don’t expect this to pay off until next season).

Lyra’s newfound comfort with the Gyptians is interrupted by the Magisterium raiding the boats in a fantastically tense sequence (if this show excels at anything, it’s at staging a suspenseful heist). Hidden in a secret compartment by Ma Costa, Lyra escapes discovery, but feels betrayed again because the Gyptians failed to keep her safe as they promised her. It’s a childish notion, but Lyra is childish and bratty — a character flaw that I love that the series makes sure to show. After Lyra screams in frustration at being always kept in the dark, Ma Costa reveals that Mrs. Coulter is Lyra’s mother, and that Lyra was a result of an extramarital affair between Mrs. Coulter and Lord Asriel. Ma Costa knew this because she had helped raise Lyra in secrecy before Lord Asriel spirited her away to Jordan College. It’s a not-so-surprising reveal that comes earlier in the TV series than in the books, though I do miss the book’s third-act reveal when Lyra’s understanding of her world comes crashing down in the most spectacular way. I would like this scene more if it wasn’t shot so horribly — Lyra and Ma Costa stand 20 feet apart from each other in a windy, desolate beach, the camera cutting back and forth between intense shaky close-ups. It doesn’t have nearly the same effect as the Asriel reveal just last episode, and ends up feeling a little tacked on.

Still reeling from this reveal, Lyra attends the Gyptian congregation holding court to decide what to do about the Gobblers. The Gyptians are a wonderfully ragtag group, and the mounting protests against harboring a “fugitive” like Lyra bring a great energy to this scene, but it’s another instance that leans a little too heavily on those Game of Thrones influences — it’s essentially every Game of Thrones scene of a group debating an issue in a dank, poorly lit room. Lyra turns the angry mood of the meeting around with an impassioned speech, and Farder using the opportunity to suggest an expedition north to recover the children, which the group enthusiastically cheers.

Later that night, Lyra catches Tony Costa readying to steal the blueprints from Mrs. Coulter’s apartment and gives him and Benjamin instructions on where to find it. Restless, she spends the night fiddling with the alethiometer and manages to make it work, though the understanding is still just beyond her grasp. Ma Costa wakes up in a panic just as Tony and Benjamin enter the apartment through the elevator shaft, making their way to the study and hearing those curious sounds in the walls that only spell their doom. They are barely able to rifle through Mrs. Coulter’s papers when they’re attacked by her monkey Mrs. Coulter, wielding an elegant gun that she shoots Benjamin with. Wilson is all cold fury, leaping on Benjamin in a way that can only be described as a feral, imitating the behavior of her monkey daemon — slapping, crouching, stroking his hair as she interrogates him while his daemon is held captive by her monkey. But Benjamin manages to escape her grasp and jump down the elevator shaft to his death, while Tony scales the apartment outside and flees.

Back at the Gyptian camp, a guilty and uncertain Lyra makes a final show of trust to Farder Coram, unveiling her alethiometer to him. Astonished, he delivers some exposition about the years of study and countless books needed to read it, but Lyra returns a few hours later having learned from the alethiometer of Benjamin’s death. She runs above deck to tell Farder Coram but is immediately attacked by the spy fly sent by Mrs. Coulter — a tiny machine housing an “angry spirit” that had been banned by the government. She and Farder Coram manage to trap one spy fly, but the other escapes, forcing the group to speed up their expedition north. Tony returns to affirm Lyra’s prediction that Benjamin had died, and Farder Coram and John Faa realize the significance of her newfound ability, deciding to bring her north with them.

The post ‘His Dark Materials’ Thickens the Plot in the Exposition-Heavy “The Spies” appeared first on /Film.

Next post The Morning Watch: Everything Elmo Does in a Day, An Astronaut Reviews Space Scenes in Movies & More