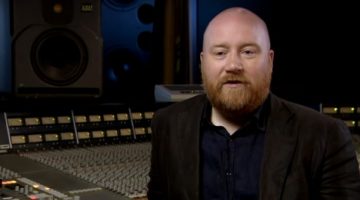 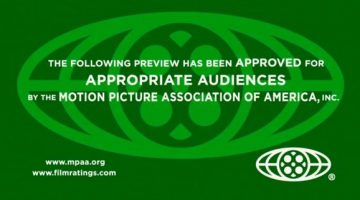 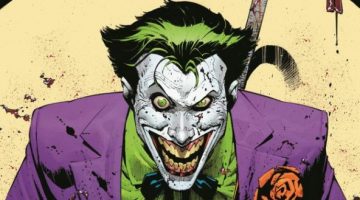 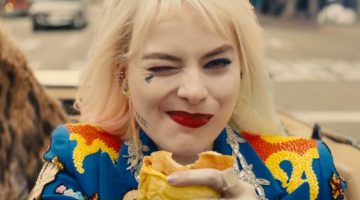 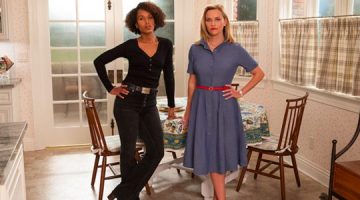 After the rip-roaring two-part premiere of Doctor Who, which managed to bring a new level of excitement to the series while filling me with a white-ho..

After the rip-roaring two-part premiere of Doctor Who, which managed to bring a new level of excitement to the series while filling me with a white-hot fury, the sci-fi series is taking a little vacation. But, this being Doctor Who, that vacation is far from restful.

The latest episode, “Orphan 55,” is an ambitious sci-fi epic made on a micro budget in a dumb location — which admittedly is very Doctor Who. But despite its grand ideas and noble messages about climate change and the future of humanity, the Ed Hime-penned episode unfortunately settles back into the bland forgettable-ness that characterized a lot of showrunner Chris Chibnall’s first season. And, in a thematic continuation of last week’s continuity-busting episode, “Orphan 55” manages to do away with much of the rules established by Russel T. Davies and Steven Moffat’s eras — because Chibnall doesn’t care about your canon. 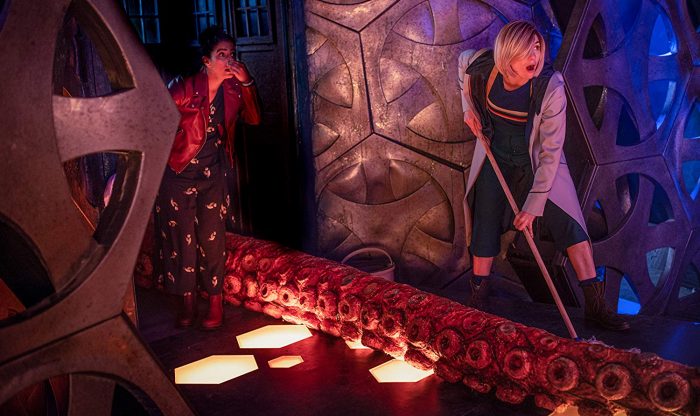 After a messy brush with a giant squid, Team TARDIS takes a sojourn to the Tranquility Spa, an all-inclusive resort that managed to lure in Graham with a coupon promising of sunshine, pools, and no dead squids. But something sinister naturally lies in wait at the heavenly resort, which is faced with a security threat soon after the Doctor arrives. Ryan gets to be the first one to alert the Doctor to trouble afoot after he gets infected by a “Hopper virus” from a vending machine — a virus intended to hack into the systems of the Tranquility Spa, which has surprising amount of military personnel running around. As soon as the Doctor removes the Hopper virus from Ryan (Tosin Cole gets to give another fun display of physical comedy in this episode, already giving him way more personality than last season), she leaps into action, finding the control room of the resort to find out who’s in charge. That would be Kane (Laura Fraser), who has put the spa on lockdown under the guise of a “routine drill.” Something’s attacking the guests and the spa’s usual shields are down.

The Doctor takes charge, building an ionic membrane that forces back the attacking monsters and saves Ryan and his sexy new love interest Bella (Gia Ré) from near death. The introduction of the creatures is probably the best part of this episode: a creepy, teethy humanoid design and a good use of obfuscation make for a compelling monster of the week. These monsters are revealed to be called the Dregs, natives to the inhabitable planet where the Tranquility Spa has made its base. The Doctor is alarmed to learn from Kane that the Tranquility Spa has been built on an orphan planet, labeled so because it has become too toxic for life. But the group soon must venture out into this poisoned world after one of the guests, a sweet old man (Col Farrell) who was planning to propose to his longtime significant other, gets kidnapped by the Dregs. 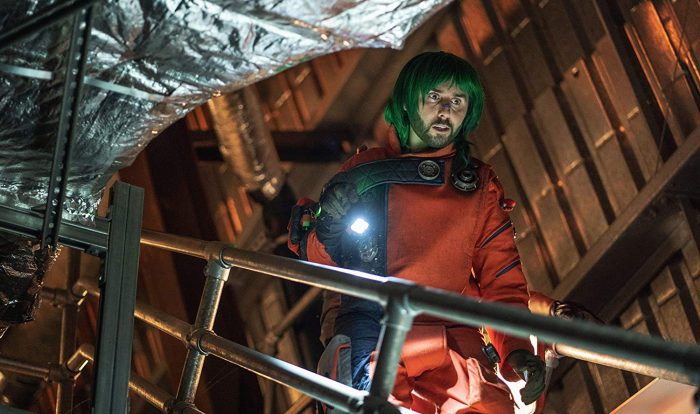 The episode soon transforms from Alien in a space spa to After Earth: a gritty, post-apocalyptic sci-fi story that is severely at odds with some of the kooky characters that the Doctor brings along on this rescue mission. I apologize to Julia Foster, who is probably a lovely person, but her dowdy, feeble Vilma does not fit in with this story, and every time she screams Benni’s name is tortuous. It was a little silly to see her wearing the oxygen tank and heading into the grey waste of a planet alongside the tough, no-nonsense Kane and her soldiers, but Vilma was not the only ridiculous character in the group. The spa host Hyph3n (Amy Booth-Steel) is wildly out of her element and becomes easy fodder for the Dregs, as does Vilma sadly soon after. I’m not usually against the inclusion of kooky characters in a Doctor Who episode (that’s the whole DNA of the show, after all!) but the large ensemble of wacky personalities in “Orphan 55” only managed to weigh down the episode’s momentum and undercut its moments of gravity.

It’s probably not a coincidence that the premise of this episode resembles that of Doctor Who all-timer “Midnight,” in which a similar cast of cartoonish characters descend into anarchy, but whose performances are given appropriate weight when the story gets truly dark. Here, not so much, which makes the reveal that Bella is actually a terrorist who wants to take vengeance on her mother Kane land with a thud. Kane had abandoned her daughter to embark on this terraforming project of Orphan 55, which is revealed to be a future Earth, laid to waste by pollution and nuclear war. The Dregs were humans that had survived and mutated to this poisonous new world, but Kane wants to bring new life to Earth. And Bella wants to blow it all up because…mommy issues? While Yaz’s horror at the realization that Orphan 55 is Earth is real and gut-punching, it’s not given enough time to breathe before we get to Bella’s personal vendetta against Kane. It speaks to the bigger problem of this episode, which gets caught up in the little details and person-to-person moments without dealing with the huge implications of its ambitious story. 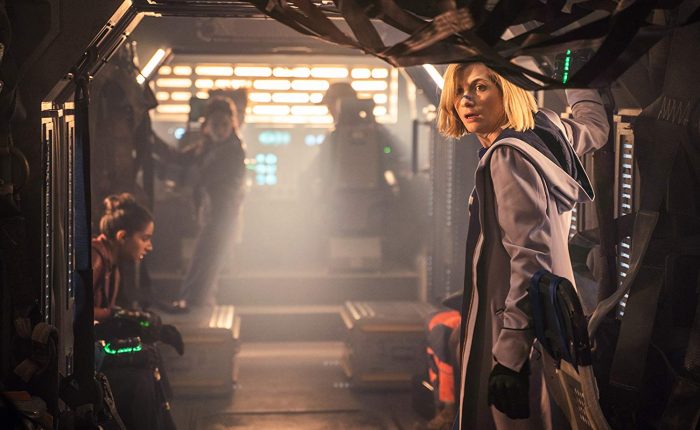 The Future is Not Fixed

Ed Hime had written last season’s stunning “It Takes You Away,” one of the weirdest and most high-concept episodes of Doctor Who, and easily the best of season 11. But none of Hime’s ingenuity is on display here, except for the episode’s high-concept premise of mutated humans on a toxic Earth. The story is so small and full of needlessly increased stakes – first there’s a kidnapping, then there’s the fast-dwindling oxygen, then there’s a fast-dwindling countdown clock on a bomb. Chibnall never met a countdown he didn’t love, and I get the feeling that the episode’s pointless plot comes from higher up. I don’t know who to blame for the incredibly dumb characters, however. Bella is awfully written — not only is her personal vendetta against Kane shockingly petty (couldn’t she have been an activist with a cause against capitalistic ventures?), her interactions following the reveal seem to swing between indignant and terrified. Why are you screaming that you’re all going to die, this is your fault! Kane is not much better, her reasons for attempting to terraform Earth barely explained. And there’s the countless amount of times that characters run into danger because of an argument, or because they lost a hat.

The episode is strongest when the Doctor is trying to make sense of this bleak future and see the humanity in the Dregs, who she sees have a long memory of the apocalypse that annihilated Earth. There are little details about the Dregs that I wished could have been expanded on: Kane mentions that they were toying with Bennie — do they have enough intelligence to do so? Would the historically compassionate Doctor defend the Dregs from being attacked since they’re a species unto their own who are technically being invaded on their native lands? All these questions are swept under the rug for a mother-daughter drama. But the biggest takeway from this episode is the Doctor’s statement that this is “one possible future,” throwing to the wind the Doctor’s frequent insistence in the Moffat and even the Davies era that the future was set in stone. But the Doctor’s speech is obviously meant to galvanize the audience, as she says, “The future is not fixed…it depends on people stepping up.” Does the tacked-on message about saving the planet and stopping climate change work? Yeah, for the most part. But I wish we didn’t have to worry so much about all those ticking time bombs.

The post ‘Doctor Who’ Makes a Noble Call to Action With a Nonsense Plot in “Orphan 55” appeared first on /Film.

Previous post VOTD: How Movie Trailers Are Created to Coax Audiences into Theaters