Movie poster art is a bit weak these days. Gone are the glory days of well-designed imagery, replaced by poorly Photoshopped floating heads or cliches..

Movie poster art is a bit weak these days. Gone are the glory days of well-designed imagery, replaced by poorly Photoshopped floating heads or cliches that are repeated again, and again, and again. So whenever some genuinely cool poster art pops-up, it’s exciting. And this case we have not one but six cool new posters, all for The Irishman. Artists Tony Stella and Ian Keltie put together these half-dozen new Irishman posters, and they’re pretty fantastic across the board. Check them out below. 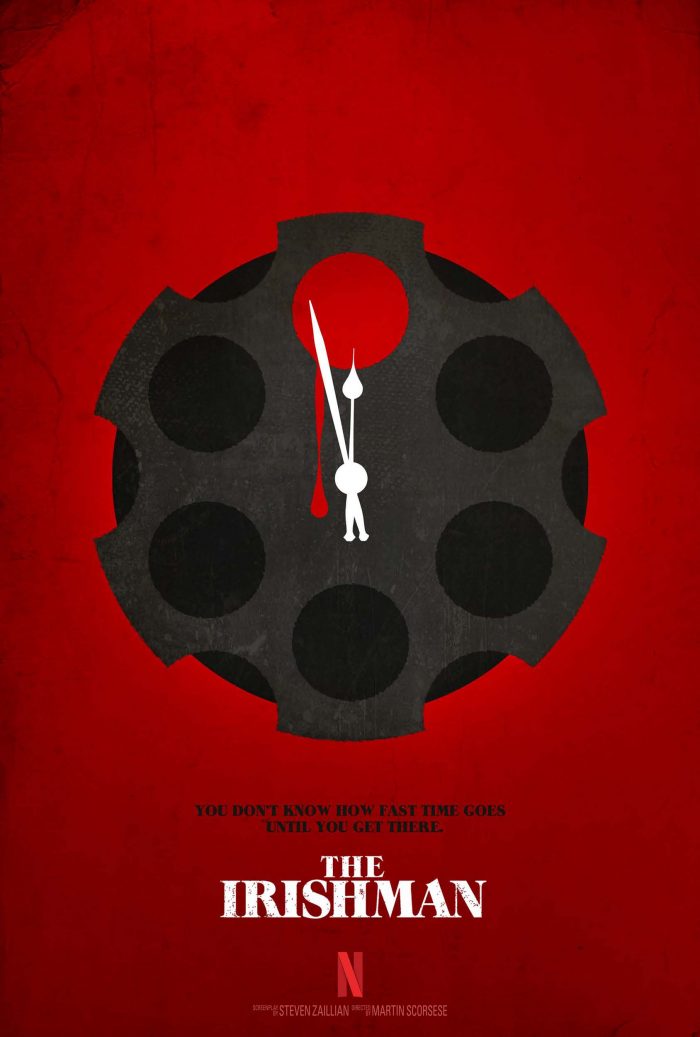 Let’s start with my “least favorite” of the bunch. That’s not a knock against this – it’s great! But the rest of the posters are even better. That said, I dig the time element here, since the passage of time is a huge part of Martin Scorsese’s epic. 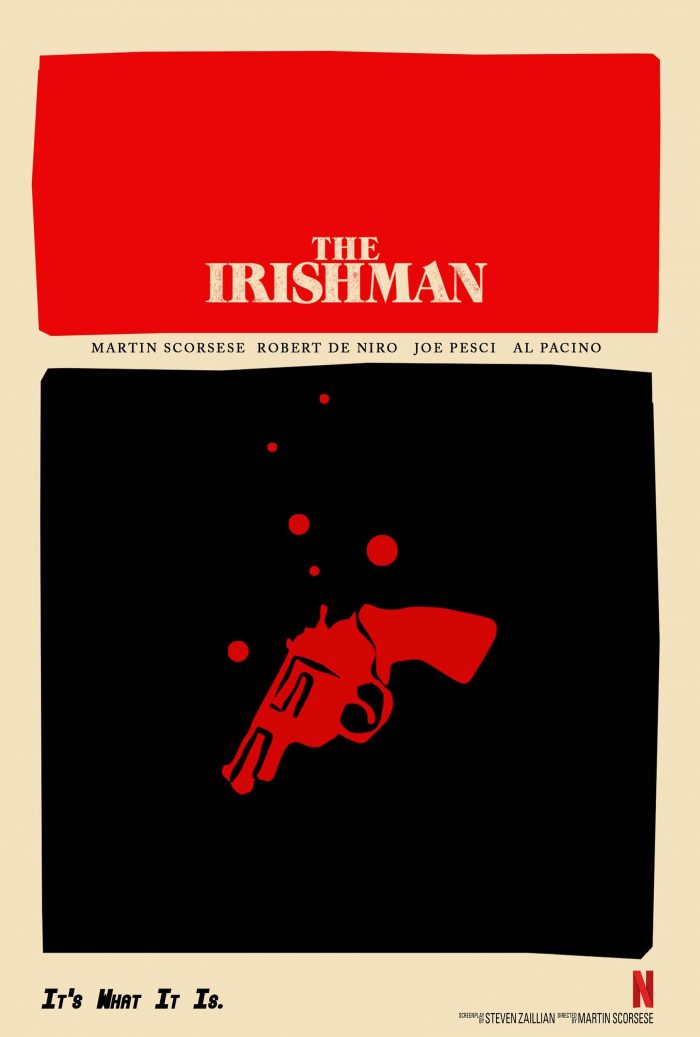 I love this one. It recounts one of the most iconic scenes in the film – hitman Frank Sheeran tossing his gun into the Schuylkill River after his first hit. It also looks a little like a cross between Saul Bass and Mark Rothko. 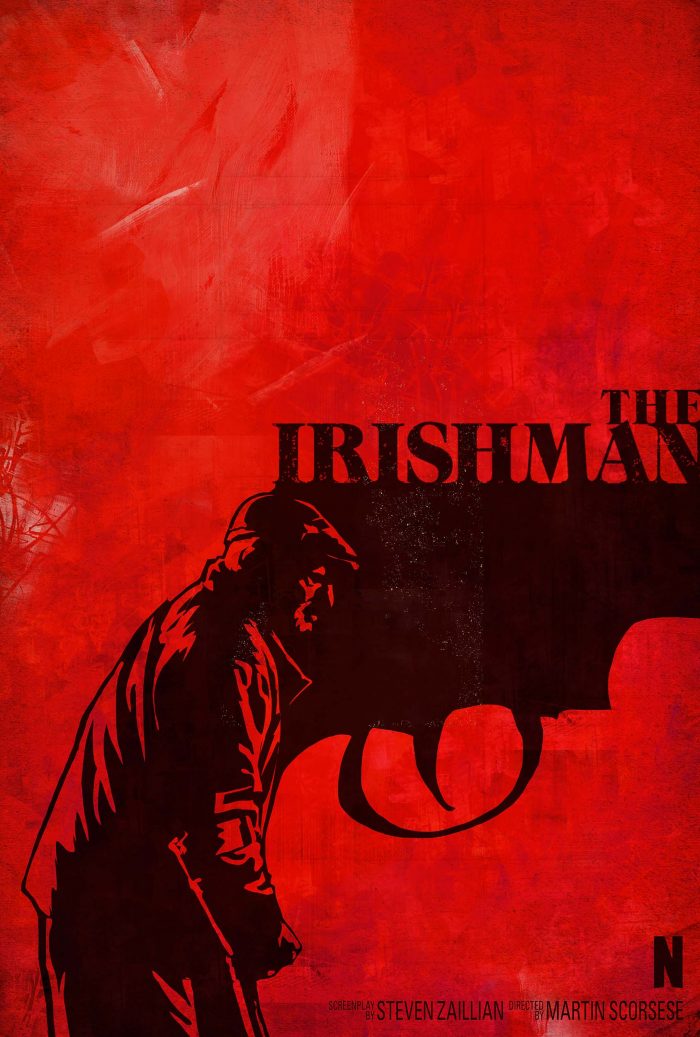 More gun imagery, but the weapon is contrasted with Robert De Niro as the older Frank Sheeran, facing the end of his days. 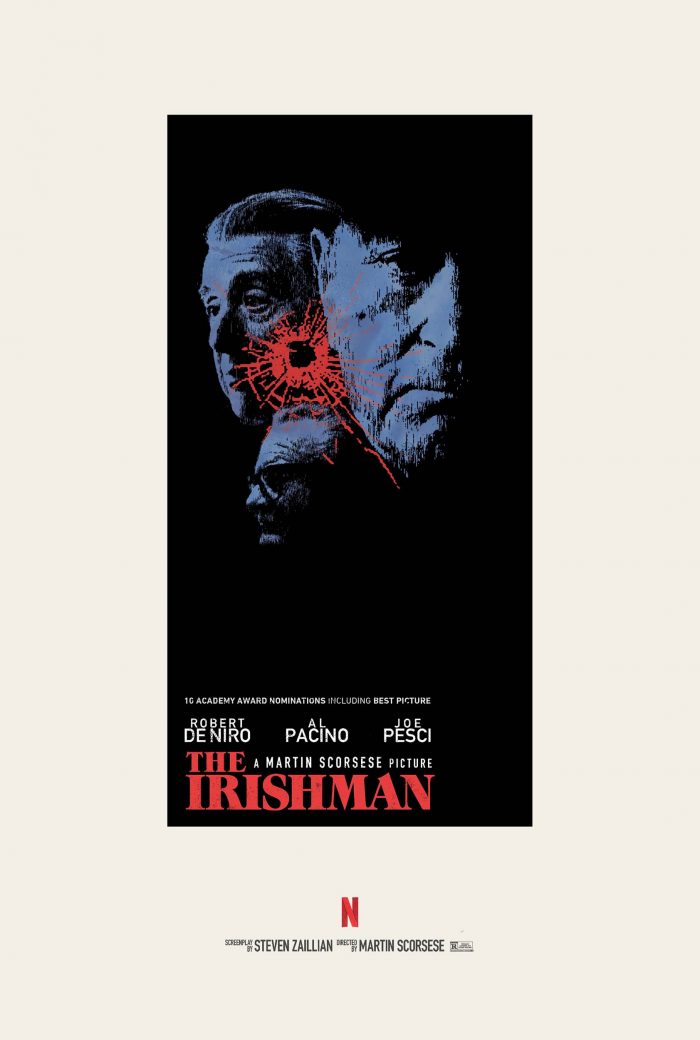 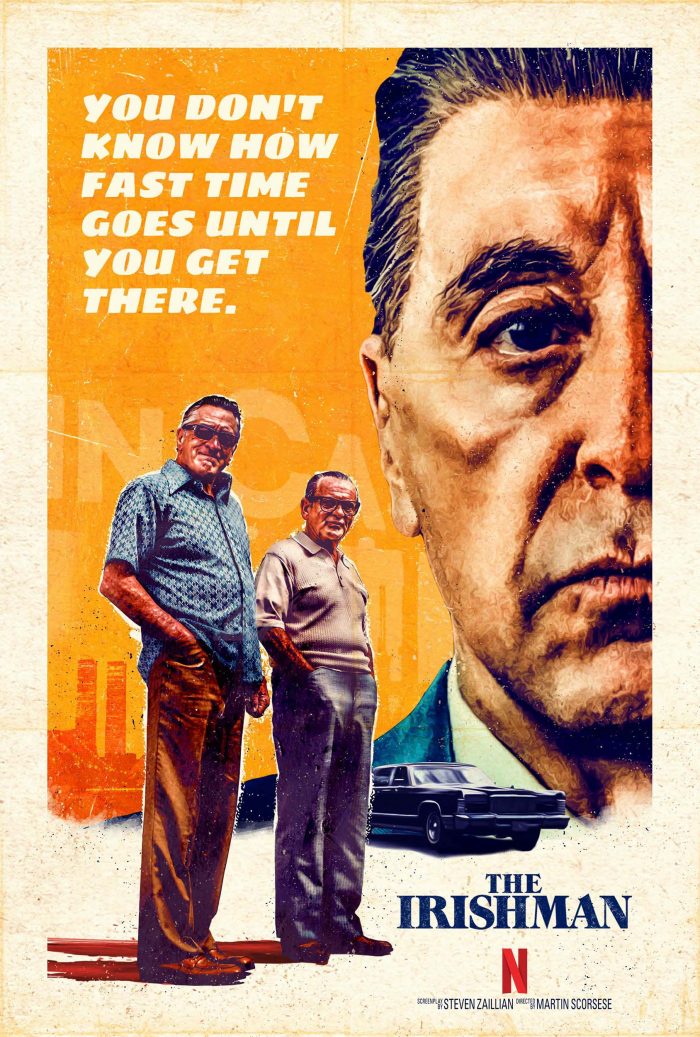 This one is almost playful. You have Robert De Niro and Joe Pesci side-by-side, a somewhat goofy half-smile on De Niro’s face. And you have Al Pacino’s Jimmy Hoffa looming above it all. 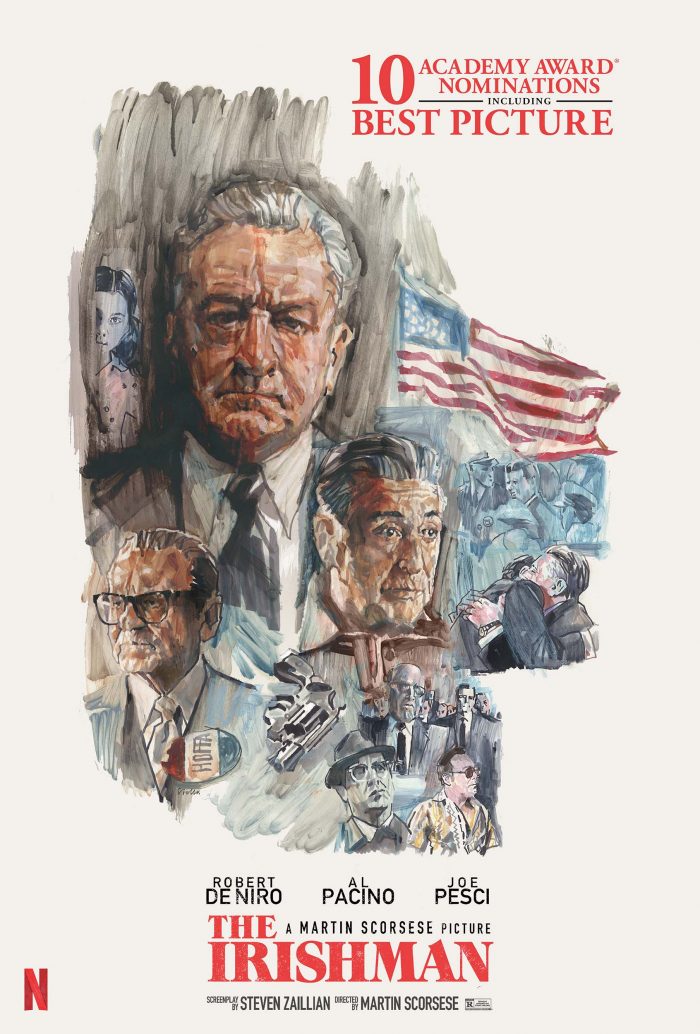 I saved the best for last. I love everything about this – the style, the colors, the American flag. Everything. If Netflix wants to go ahead and sell this as a print, I will buy it immediately.

Robert De Niro, Al Pacino and Joe Pesci star in Martin Scorsese’s THE IRISHMAN, an epic saga of organized crime in post-war America told through the eyes of World War II veteran Frank Sheeran, a hustler and hitman who worked alongside some of the most notorious figures of the 20th century. Spanning decades, the film chronicles one of the greatest unsolved mysteries in American history, the disappearance of legendary union boss Jimmy Hoffa, and offers a monumental journey through the hidden corridors of organized crime: its inner workings, rivalries and connections to mainstream politics.

Next post Star Wars Bits: Dominic Monaghan on His Role in ‘The Rise of Skywalker’, A Preview of Marvel’s Darth Vader #1, the Return of Jar Jar Binks and The Clone Wars, and More!