This latest round-up of new Blu-rays (and one DVD!) includes two films that drop on January 28, and two you can scoop up right this second. The two fi.. 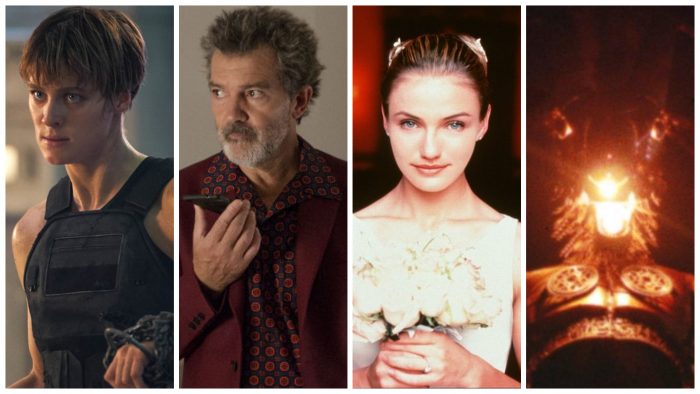 This latest round-up of new Blu-rays (and one DVD!) includes two films that drop on January 28, and two you can scoop up right this second. The two films destined for shelves next week are Terminator: Dark Fate and Very Bad Things. The others – well, see for yourself. These are the new Blu-ray releases you should check out this week and beyond.

Terminator: Dark Fate was facing an uphill battle from day one. After Terminator 2: Judgement Day, the Terminator film franchise has been on a steep decline. Terminator 3: Rise of the Machines is fun – but it can’t compete with the first two films. And everything after T3 is a mess. Still, Hollywood doesn’t know how to let a franchise go. And so here we are again!

To draw back an audience, Dark Fate brought in two old school heavy hitters. The first was James Cameron, the writer and director of the first two films. Cameron wouldn’t direct Dark Fate – those duties fell to Tim Miller – but he produced and helped come up with the story. The second big name was Linda Hamilton, who hadn’t appeared in the franchise as Sarah Connor since T2. Would the prospect of having Cameron and Hamilton reuniting with Arnold Schwarzenegger seal the deal?

No. It wouldn’t. Dark Fate was a box office disappointment. Which is kind of a shame, because it’s pretty good! Is it as good as the first two films? Heavens, no. But it’s about on par with the third, and it boasts some cool action beats. It’s fun to see Linda Hamilton back as Sarah Connor. And Mackenzie Davis kicks all kinds of ass as an enhanced human sent to protect a young woman (Natalia Reyes) who is the future’s only hope. On that front, Dark Fate is little more than a remake of the first two films, and the movie makes the really odd choice to open with a scene that more or less makes the events of Judgement Day totally useless. But once you get past all that, you might have fun with this film. At the very least you’ll be amused that Arnold’s Terminator is now living as a drape hanger named Carl.

I have a bit of a bone to pick with this release. If you jump down below you’ll notice something: the special features included on the Blu-ray are different from the features included on the digital copy. Studios have done this sort of thing here and there, but it’s usually just one or two different features. But in this case, there are multiple differences – and if you want a commentary, you’re going to have to watch the digital version. This is an alarming sign. Studios would very much like to get rid of physical media entirely and just concentrate on digital copies, since that process is cheaper. And that’s bad news for someone like me who values physical copies. My only plea to you, reader, is that if you want to own this film, please grab it on Blu-ray. The Blu-ray comes with the digital copy, so you’ll have the best of both worlds. And you’ll send a signal that physical media still matters.

ONLY AVAILABLE ON DIGITAL

One of Pedro Almodóvar‘s most personal films, Pain and Glory is a beautiful, engrossing, funny, and ultimately melancholy experience. Antonio Banderas is Salvador Mallo, a famous filmmaker partially modeled on Almodóvar. Mallo has seen better days, and he spends the film reflecting on his past. That includes his childhood, living in a cave house with his mother (Penelope Cruz). He also reconnects with one of the actors he directed – a man (Asier Etxeandia) he had a bad falling-out with. And even his old lover (Leonardo Sbaraglia) pays him a visit. This results in a kind of episodic storytelling format, but that’s not a bad thing – Pain and Glory drifts elegantly from one moment to the next, back and forth in time.

Banderas gives what might be the best performance of his career, playing Salvador as a weary man who isn’t quite as washed-up as he might feel, even though he also happens to be suffering from a medical condition as well. It all builds towards a breathtaking climax, with Almodóvar revealing there’s more to what we’ve seen than meets the eye. The results are miraculous.

Pain and Glory deserves to be seen by as many people as possible. Even if you’re unfamiliar with the work of Pedro Almodóvar, this is a must-watch. In fact, it might be a great starting point for the budding Almodóvar watcher. It’s perhaps his most accessible film, which means it can ease you into some of his more challenging material. The Blu-ray release comes with an interview with Almodóvar in which the filmmaker waxes on his filmmaking, and that’s something of an invaluable discussion.

Peter Berg made his directorial debut in 1998 with Very Bad Things, a particularly nasty dark comedy. It’s vastly different from the Mark Wahlberg action flicks Berg would graduate to, but it has the same cynical, cruel outlook on, well, everything. The plot: a group of rowdy guys go to a bachelor party in Las Vegas and accidentally murder a stripper. When a security guard stumbles upon the crime, the guys kill him too, to cover up the crime. Things spiral out further from there.

I doubt anyone would consider Very Bad Things a classic. Indeed, Siskel and Ebert named it one of the worst movies of 1998 (see below). But there’s probably a place for it, somewhere out there. The cast certainly helps: Cameron Diaz, Jon Favreau, Daniel Stern, Jeremy Piven, Christian Slater, Leland Orser, and more. Slater is particularly strong here as the guy who takes control of the situation and seems perfectly fine with bumping people off. But really, everyone here is a nightmare. That’s the point.

Again: this movie isn’t for everyone. But the fine folks at Shout Factory have given it plenty of love – because one viewer’s trash is another’s treasure. If you long for a particularly acidic, unrelentingly over-the-top horror-comedy, you’ll find plenty to enjoy here. If you’re not in the mood for that, well…you can sit back and wonder how the heck this movie even got made in the first place.

Antrum bills itself as “the deadliest movie ever made.” In the tradition of The Ring, In the Mouth of Madness, and more, this film is said to be cursed – to the point where anyone who watches it dies. Things kick-off with a mini faux-documentary in which experts sit in front of the camera and tell us the legend of the film: how it was only screened twice – the first time resulting in the theater burning down, the second resulting in an audience rioting. Then, after all this set-up, we get to see the film itself. It’s designed to resemble a flick from the late ’70s, complete with scratchy film grain, and tells the story of a brother and sister who head into the woods to dig a pit straight to hell. Needless to say, bad stuff happens.

The bulk of the film is well done, and pretty effective – there are more than a handful of moments that will make you uneasy. That said, I would’ve preferred more of the faux-documentary angle. In fact, I kind of wish the entire film was that, with only snippets of the “real” movie spliced in. But beggars can’t be choosers. For a low-budget horror film, Antrum gets the job done.

Why It’s Worth Owning on DVD:

I tend to only review Blu-rays here, but every now and then I’ll make an exception. Antrum only has a DVD release for now, and the DVD is as bare-bones as you can get: zero special features. And yet…that kind of adds to the charm of the whole thing? The cheapo DVD angle makes the release feel almost like a bootleg – like we’ve been handed something we shouldn’t have. It helps with the mystique of the story, and I appreciated that.