Top Gun: Maverick soars into theaters this summer. Though the title would indicate that this movie is all about the return of Tom Cruise as one of the..

Top Gun: Maverick soars into theaters this summer. Though the title would indicate that this movie is all about the return of Tom Cruise as one of the best aviators the Navy has ever seen, there are plenty of other up-and-coming cadets who will be getting screentime next to him. We already know Miles Teller is playing the son of Maverick’s late friend and Radar Intercept Officer Lt. Nick Bradshaw, aka “Goose,” but thanks to a new set of Top Gun: Maverick photos, we now know his call sign, along with a few of the other supporting cast members taking to the sky. 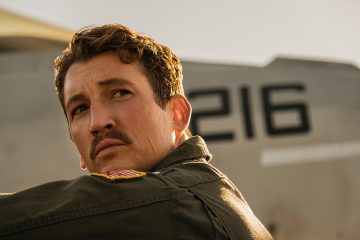 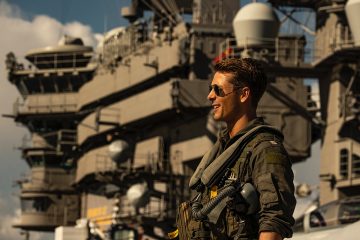 First up, we have Miles Teller and Glen Powell, probably the two most important supporting characters in the sequel.

Teller has the honor of playing Lt. Bradley Bradshaw, the son of Goose (Anthony Edwards), the late friend of Maverick. There’s probably some built-up tension from his father not being around, and maybe even some anger at the fact that his name is Bradley Bradshaw. But at least he gets the call sign of Rooster, because as we all know, the baby version of a Goose is the Rooster (don’t correct us on that one).

Meanwhile, we don’t know much of anything about Powell’s character, but just looking at him, I’m betting that he’s going to be the douche nozzle of this group. He looks to have the same cocky presence that Val Kilmer did in the original Top Gun, and it’s not hard to picture him chomping his teeth to taunt the other cadets. 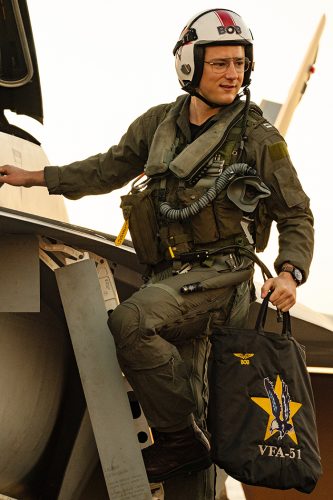 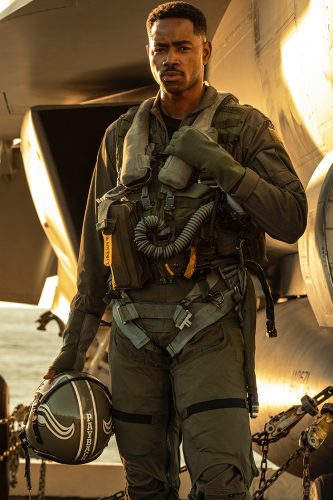 Next, here’s Lewis Pullman with the unfortunate call sign of “Bob” and Jay Ellis with the far superior call sign of “Payback.” We’re not sure how integral they’ll be to the story, but with a name like “Bob,” I’m betting he’s not going to make it to the end of the movie. 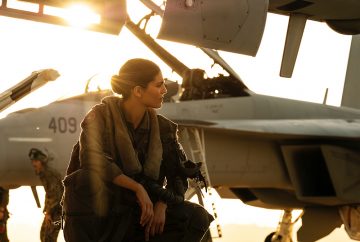 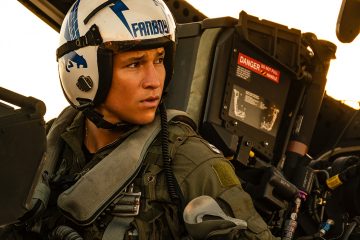 Finally, we’ve got Monica Barbaro bringing some much-needed female energy to the table. If there’s one thing the original Top Gun didn’t have, it was badass women in the cockpit. Her callsign is “Phoenix,” which is infinitely cooler than the callsign given to Danny Ramirez on the right. He has the debilitating callsign of “Fanboy,” and much like “Bob,” we’re betting he’s not going to make it to the end of the movie either.

After more than thirty years of service as one of the Navy’s top aviators, Pete “Maverick” Mitchell (Tom Cruise) is where he belongs, pushing the envelope as a courageous test pilot and dodging the advancement in rank that would ground him. When he finds himself training a detachment of Top Gun graduates for a specialized mission the likes of which no living pilot has ever seen, Maverick encounters Lt. Bradley Bradshaw (Miles Teller), call sign: “Rooster,” the son of Maverick’s late friend and Radar Intercept Officer Lt. Nick Bradshaw, aka “Goose”.

Facing an uncertain future and confronting the ghosts of his past, Maverick is drawn into a confrontation with his own deepest fears, culminating in a mission that demands the ultimate sacrifice from those who will be chosen to fly it.

Previous post Wes Anderson’s ‘The French Dispatch’ Release Date and Official Cast Revealed (Plus, It Has a Subtitle Now)