After its surprising season 2 finale, in which one main character left another for dead, the BBC America spy drama Killing Eve is almost back for its ..

After its surprising season 2 finale, in which one main character left another for dead, the BBC America spy drama Killing Eve is almost back for its third season. Executive producer Sally Woodward Gentle calls it “the most personal” and “the most emotionally rocky” season yet, which says a lot about the dynamic between MI6 agent Eve (Sandra Oh) and unpredictable assassin Villanelle (Jodie Comer). Find out when the new season is set to premiere and check out a few new photos below.

Entertainment Weekly has a batch of Killing Eve season 3 photos, as well as the show’s season premiere date: the action continues on April 26, 2020 at 10 pm on BBC America and AMC. As for the photos, be sure to head over to EW to see all of them, but you can check out a few of the most interesting ones below. (Click to enlarge.) 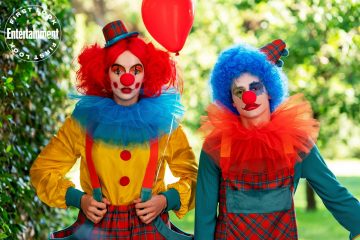 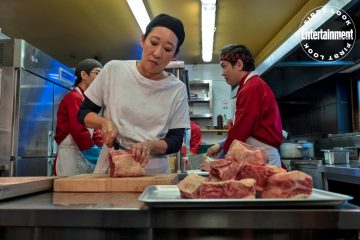 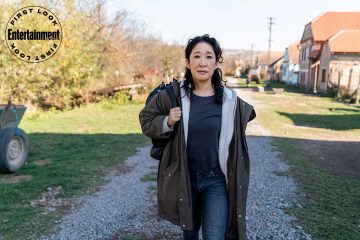 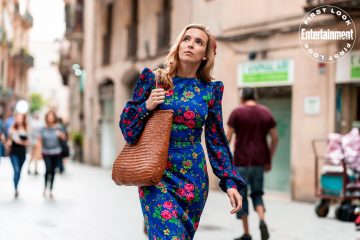 EW says the season picks up six months after the events of the season 2 finale, with Villanelle living a new life in Barcelona. Part of that new life apparently involves dressing up as a clown, though it’s unclear if she’s undercover for a potential assassination or just trying to turn over a new leaf. (But let’s be real: it’s probably the assassination thing.) “She is trying to find her own way and be in charge and make her own rules — and she finds herself having to prove that she’s ready and she’s capable,” hints Comer. “It just so happens this is her disguise this time.”

Eve, meanwhile, is in a mysterious location and appears to have given up on MI6 altogether, instead opting for a simpler job. “She’s a very, very bright woman who is good at whatever she decides to turn her hand to,” said Woodward Gentle. “She’s also very, very good at making dumplings. And Sandra turns out to be incredibly good at making dumplings — and at butchering, actually.” Check out EW for more clues about what season 3 holds.

Phoebe Waller-Bridge served as the showrunner for season one, and since then, each season has been overseen by a different person. Emerald Fennell took the reins for season 2 (before moving on to direct the new revenge film Promising Young Woman), and Suzanne Heathcote serves as showrunner for this third season. The show, which has been the highest-growing series on U.S. television for six years, has already been renewed for a fourth season – although the season 4 showrunner is still yet to be named. Here’s hoping that early renewal came in time for the writers to know about it in the third season and maybe seed in some longer story points that can pay off down the road instead of writing under the gun with the threat of cancellation looming in the distance. Sometimes that extra bit of runway can give a series the creative jolt it needs.