In this edition of TV Bits: Peter Berg is directing an opioid crisis series for Netflix. Watch a trailer for Feel Good. Get a first look at Ewan McGr..

Netflix is making a new scripted drama and limited series about the opioid crisis called Painkiller, and they’ve got Peter Berg to direct. Eric Newman, showrunner of both Narcos shows, is serving as executive producer, and Micah Fitzerman-Blue and Noah Harpster will write and serve as showrunners and executive producers. “A tragedy decades in the making, the opioid crisis has become one of the most devastating public health crises of our time,” said Newman. “Unlike other drug epidemics, born from underground manufacturing and covert smuggling, this epidemic began by prescription–dispensed by doctors, approved by government regulators, and promoted by a family-owned pharmaceutical giant that made billions while betraying the trust of patients and the public.” Patrick Radden Keefe, who wrote New Yorker’s The Family That Built An Empire of Pain and Barry Meier, author of Pain Killer: An Empire of Deceit and the Origin of America’s Opioid Epidemic, willboth consult on Painkiller, with their works serving as material for the show. I’m not entirely sure that Peter Berg, a guy known for loud movies where stuff blows up, is the right guy for this gig, but we shall see.

Netflix’s upcoming series Feel Good stars Mae Martin as Mae, “a rising talent on the stand-up circuit and recovering addict whose addictive behaviors and intense romanticism dominate every single part of her life. When she meets pragmatic – but so far heterosexual – George (Charlotte Ritchie) she’s smitten, and much to her surprise George feels the same. They embark on an intoxicating romance as Mae juggles relationships with her parents, fellow addicts in a drugs support group, her colleagues at the local stand up club, and most importantly tries to transform her relationship with George from an addictive one to a healthy one. But the real question is can Mae replace a toxic addiction to love with love itself.” The series was created by Mae Martin and Joe Hampson, and will premiere on March 19, 2020.

After a long 20 years of twists and turns, the limited series HALSTON starring the fantastic Ewan McGregor began production today. I am so proud of our director and leader Dan Minahan, and Christine Vachon of Killer Films. I am thrilled to be producing this great and meaningful show with them and Alexis Martin Woodall and Pamela Koffler. Cast list below. Ewan McGregor as HALSTON Rory Culkin as JOEL SHUMACHER Rebecca Dayan as ELSA PERETTI David Pittu as JOE EULA Krysta Rodriguez as LIZA MINNELLI Sullivan Jones as ED AUSTIN Gian Franco Rodriguez as VICTOR HUGO

Ryan Murphy inked himself a huge deal with Netflix, which means he has a bunch of projects headed to the streaming service. One of them is Halston, about fashion designer Roy Halston Frowick. The video above shows Ewan McGregor in costume as Halston, and reveals the cast – which includes Rory Culkin as Joel Schumacher (yes, of Batman and Robin fame). There’s no premiere date yet, but Halston will probably drop on Netflix at the end of the year.

Nickelodeon just announced their 2020-2021 programing, and the line-up includes a SpongeBob prequel. Per Collider, the series is called Kamp Koral: SpongeBob’s Under Years, which follows “a ten-year-old SpongeBob alongside all of your favorite characters during one fateful summer at Kamp Koral, where they’ll be “building underwater campfires, catching wild jellyfish, and swimming in Lake Yuckymuck at the craziest camp in the kelp forest.” This news will probably excite fans, but it’s worth pointing out that SpongeBob creator Stephen Hillenburg was on record as saying he was against SpongeBob spin-offs. And Nickelodeon honored his wishes – for a while. But Hillenburg died in 2018, and there’s something slightly icky about the network going through with a spin-off now.

Quibi, the new streaming service that offers short-form content, has a lot of shows – many of which seem fake. But they’re all real! And one of them is Barkitecture, which is about Tyler Cameron and Delia Kenza and their business building luxurious dog houses. The dog houses here look better than the actual human house I live in, which is very sad, I know. I wasn’t entirely sold on Quibi, but this might have done it. Barkitecture arrives in April. 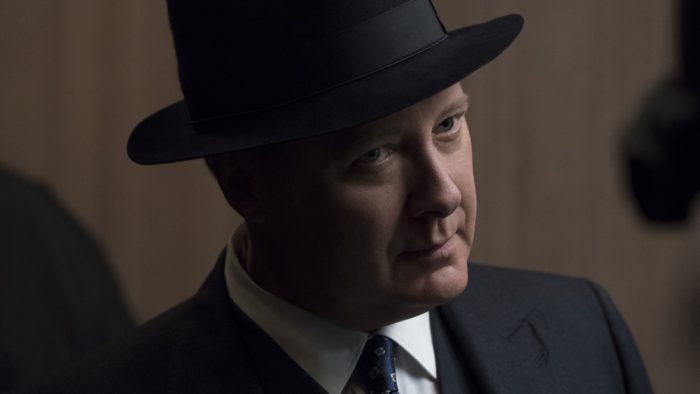 Holy crap, did you know The Blacklist was still on? I didn’t, but it is – and it’s about to enter its eighth season. The show is currently in the midst of season 7, which returns on March 20. Deadline now adds that NBC renewed the series for season 8 to coincide with its 150th episode. In the series, “Raymond ‘Red’ Reddington has been one of the globe’s most wanted fugitives. But then he agreed to work with the FBI to catch his “blacklist” of mobsters, spies and international terrorists — on the condition that he must work with profiler Elizabeth Keen.”

The post TV Bits: Netflix Opioid Drama, A Show About Dog House Architecture, ‘SpongeBob’ Prequel, Another Season of ‘The Blacklist’, and More appeared first on /Film.

Next post Sequel Bits: Will ‘Hocus Pocus 2’ Bring Back More Familiar Faces?; ‘Knives Out’ Sequel Will Have New Characters; ‘P.S. I Love You’ Is Getting a Sequel