‘The Independent’: Kumail Nanjiani Adds a Political Thriller to His Resumé

Kumail Nanjiani (Silicon Valley, The Big Sick) continues to add fascinating projects to his already eclectic resume. Hot on the heels of launching the.. 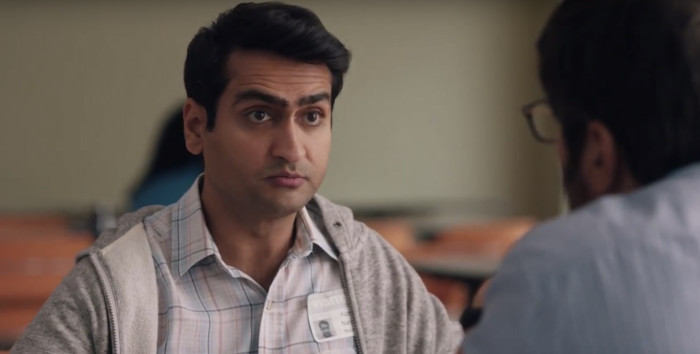 Kumail Nanjiani (Silicon Valley, The Big Sick) continues to add fascinating projects to his already eclectic resume. Hot on the heels of launching the AppleTV+ anthology series Little America, the actor/writer/producer has signed on to star in a political thriller called The Independent, in which he’ll play a journalist who uncovers a conspiracy.

The Hollywood Reporter says Nanjiani “will play an idealistic young journalist who uncovers a major political conspiracy just as America’s first viable independent presidential candidate is poised for electoral victory.” While talk of conspiracy is very much a part of our current political environment, this isn’t some slapdash script that was inspired by our modern headlines: writer Evan Parter‘s script was voted onto the annual Black List of Hollywood’s best most-liked screenplays back in 2013, just after President Obama’s second term began.

Emmy-nominated documentary filmmaker Amy Rice is making her feature directorial debut with The Independent. She has some experience in the political realm, having directed HBO’s By the People: The Election of Barack Obama as well as a Funny or Die short about Mitt Romney learning to do improv before a presidential debate. She was also the still photographer on the set of Wet Hot American Summer, and directed the 2015 documentary Hurricane of Fun: The Making of Wet Hot.

THR says that a company called The Exchange is financing the movie and is introducing it to potential buyers at this year’s European Film Market in Berlin. Evan Parter is producing The Independent alongside the Emmy-winning duo of Sam Bisbee and Theodora Dunlap, whose credits include Hearts Beat Loud and Infinitely Polar Bear, and Ryan Cunningham from production company Anonymous Content.

Nanjiani is a co-creator and executive producer of Little America, the well-reviewed AppleTV+ series which tells standalone stories of the immigrant experience in the United States. He and his wife, Emily Gordon, were nominated for an Oscar for Best Original Screenplay for co-writing The Big Sick, the 2017 romcom based on their unconventional real-life romance. He’s recently lent his distinctive comedic voice to two underwhelming big-budget films (Men in Black: International and Dolittle), and in front of the camera, he starred in the buddy comedy Stuber last year opposite Dave Bautista and returns to romcoms in the upcoming film The Lovebirds opposite Issa Rae. But he’s also joined the ensemble cast of superheroes in Marvel Studios’ upcoming movie Eternals, and signing on to star in The Independent indicates that he’s refusing to be pigeonholed as a performer. We’re big fans of his at /Film, and I’m particularly excited to see how this one turns out.

The post ‘The Independent’: Kumail Nanjiani Adds a Political Thriller to His Resumé appeared first on /Film.