Cults! They’re creepy! And the cult at the center of The Other Lamb certainly has that creep factor down pat, wth dozens of blank-faced woman with bod.. 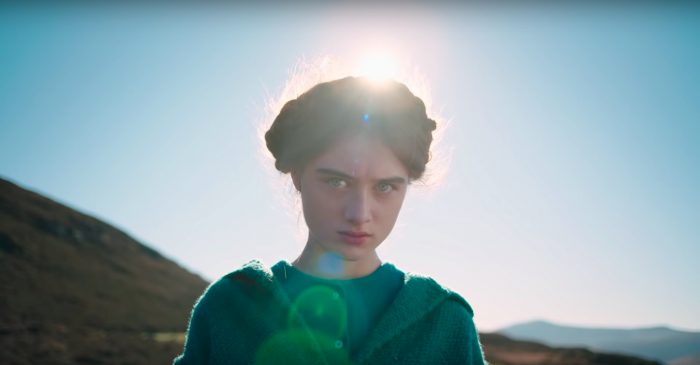 Cults! They’re creepy! And the cult at the center of The Other Lamb certainly has that creep factor down pat, wth dozens of blank-faced woman with bodily scarring dutifully serving the messiah-like leader played by The Haunting of Hill House‘s Michael Huisman. But one innocent teenage member (played by The Killing of a Sacred Deer‘s Raffey Cassidy) who has lived her entire life in the cult, starts to see the commune for the horrifying place it is in the chilling film from Polish filmmaker Malgorzata Szumowska. Watch The Other Lamb trailer below

The Other Lamb Trailer

Crisp white dresses, a peaceful forest commune, and a wise man who controls the every whim of a group of women? Yep, it’s all the makings of a creepy cult horror film, especially with Huisman, who wowed as an affable menace in the underseen thriller The Invitation, playing the leader of what may or may not be a sex cult. The Other Lamb follows Cassidy’s Selah, who begins to experience frightening and bloody visions as she is prepared for her next role in the cult — a role which we never find out, but judging by the eerie tone of this trailer, it’s one we don’t want to know.

The Other Lamb debuted to raves at the Toronto International Film Festival last year, where /Film reviewer Marisa Mirabel called it as a “beguiling and rebellious tale of female oppression.” In her review, which is quoted in the trailer above, she wrote, “The Other Lamb is a festering wound of a film, one that elicits prolonged pain and suffering but offers a collective understanding. Its gorgeous imagery is juxtaposed with a growing defiance and resentment that women will know all too well.”

Here is the synopsis for The Other Lamb:

For her entire life, the cult she was born into has been all that teenage Selah (Raffey Cassidy) has known. Along with a band of similarly cloistered young women she lives seemingly unstuck in time, cut off from modern society in a remote forest commune presided over by a man called Shepherd (Michiel Huisman), a controlling, messiah-like figure with a frightening dark side. But when her insular world is rocked by a series of nightmarish visions and disturbing revelations, Selah begins to question everything about her existence—including her allegiance to the increasingly dangerous Shepherd. Awash in images of primal, dreamlike dread, this provocative fable is a haunting vision of adolescent awakening and revolt.

The Other Lamb will open at the IFC Centers in New York and Los Angeles on April 3, 2020 before expanding to more theaters.