‘Tigertail’ Review: In the Mood for a Moving Immigrant Drama, But a Muddied Father-Daughter Story 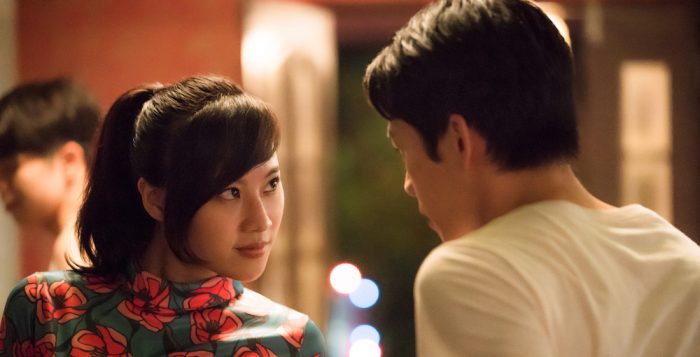 “There are many things I never told you,” Tzi Ma‘s Pin-Jui tremulously tells his daughter (Christine Ko) in Alan Yang‘s moving immigrant drama Tigertail, the Emmy-winning Master of None writer’s feature directorial debut. It’s the emotional catharsis, the eye-opening reveal of an aging father’s untold life and memories, in Yang’s generations-spanning immigrant tale. And it’s a sentiment shared by hundreds of first-generation immigrants whose children struggle to overcome those generational divides.

What kind of lives did our parents live before they came to America? What kind of secrets do they keep that could upend our entire idea of them? The question occurs to many children of immigrants as they grow older, and it’s one that Yang grapples with in his intensely personal intergenerational drama Tigertail, which the writer-director bases on the story of his own immigrant father. Tigertail follows the life of Pin-Jui, a Taiwanese factory worker (Zhi-Hao Yang as a boy, Hong-Chi Lee as a young man), who leaves his life and first love behind to pursue the American dream, and ends up a divorced, lonely adult (Ma) crushed by the weight of his regrets and unable to connect with his adult Taiwanese-American daughter, Angela.

Tigertail feels like Yang is stuck between wanting to make two movies: the swooning lost-love romance of his father and a story of an estranged father and daughter who attempt to reconnect through shared relationship grief. You get the sense that by telling his father’s story, Yang wants to understand him better, but there is an obvious disconnect between the romantic hero he casts him as, as a young man, and the stoic, emotionally closed off father Pin-Jui becomes. Yang sets apart the scenes in the past with a gauzy film grain — evoking Wong Kar Wai’s most vibrantly lush films — while shooting the contemporary scenes with a cold, stark digital lens.

Stylistically, Yang does everything right. But structurally, it feels like the Tigertail is a film stuck between two worlds. In a way, it’s fitting — Asian-Americans are forever trying to carve out a place for themselves between the two worlds they’ve grown up with: their strict, traditionalist parents and the American culture they’re never fully accepted into. Yang doesn’t quite dig into this dichotomy with Tigertail, which is imbalanced in favor of the past storyline.

The wild 1960s romance of young Pin-Jui and his childhood love Yuan (Yo-Hsing Fang as a young woman) is thrilling and blissful; the kind of movie romance that you could watch for hours. It certainly helps that Hong-Chi Lee (looking like a regular James Dean in a perfectly-tucked T-shirt) and Yo-Hsing Fang (emulating a young Maggie Cheung) — both beautiful and magnetic in a timeless way — display a chemistry that burns in your mind. Eternally bathed in moody red lights, Lee and Fang dance and flirt their way through the scenes of Pin-Jui’s past in a dreamlike delirium that plays as a burning love letter to Wong Kar Wai and his Hong Kong romance masterworks. In similar fashion, the contemporary half of the film is a love letter to Yang’s father, but one that feels much more aloof and apprehensive.

In modern day, Pin-Jui (a wonderfully vulnerable Ma), is lonely and dejected divorcé who has just returned to New York from his mother’s (Yang Kuei-mei) funeral in Taiwan. His adult daughter Angela grows frustrated with his coldness and his apparent lack of sympathy for her dissolving relationship with her fiancé. The modern-day half isn’t nearly as compelling as the past — it moves much slower and plays at being more introspective. But despite the abundant shots of Pin-Jui and Angela sitting sadly in empty rooms, you don’t really get an idea of the internality of the characters, just of their overwhelming loneliness. Perhaps it’s because the unfulfilled romance of Pin-Jui and Yuan doesn’t play a pivotal part in the modern-day plotline — the older Yuan (played by a radiant Joan Chen) doesn’t appear until an hour into the film — that this half feels somewhat unanchored.

Bridging the two halves is Pin-Jui’s difficult early life in the U.S., after he accepts an offer from his factory’s owner to marry his daughter Zhenzhen (Kunjue Li as a young woman, Fiona Fu in the contemporary half) and accompany her to New York. Abandoning Yuan without a word — in the film’s most heartbreaking and beautifully shot sequence, in which Pin-Jui spots Yuan through a rain-drenched taxi window — Pin-Jui jumps at the chance to achieve his dream of living in America, only to find it is not the land of opportunity he imagined it to be. He and his new wife have nothing in common, and soon find their values at odds with each other as they both battle the isolation of their new home. It’s a familiar immigrant story, of those early struggles and sacrifices, of which Tigertail dutifully goes through the motions. But interestingly during this part, Yang pivots away from Pin-Jui’s perspective and towards that of Zhenzhen, as she befriends the lone Taiwanese family in their neighborhood and starts to work toward her dream of becoming a teacher. It’s as if the film is afraid of getting too close to Pin-Jui and his emotional arc, which makes his turn from passionate young man to bitter, stoic father all the more shocking. We don’t see the transformation, and it’s as if Yang doesn’t want to delve into it, unable to reconcile his romantic ideal of his father’s past with the stoic, unforgiving older father he actually knew.

For all its warm, lush stylings and the bittersweet romance at its center, Tigertail holds its audience at a distance. But Yang’s passion for this story still shines through. It’s a love letter, full of scribbles and crossed out words, and parts of which are more eloquent than others. And while Tigertail is a messy and somewhat incoherent love letter, it’s one filled to the brim with that a sincere love and emotion nonetheless.

The post ‘Tigertail’ Review: In the Mood for a Moving Immigrant Drama, But a Muddied Father-Daughter Story appeared first on /Film.