There’s nothing like a good whodunit to offer us comfort during trying times. No matter the mystery, or the high-profile actors involved, you can bet .. 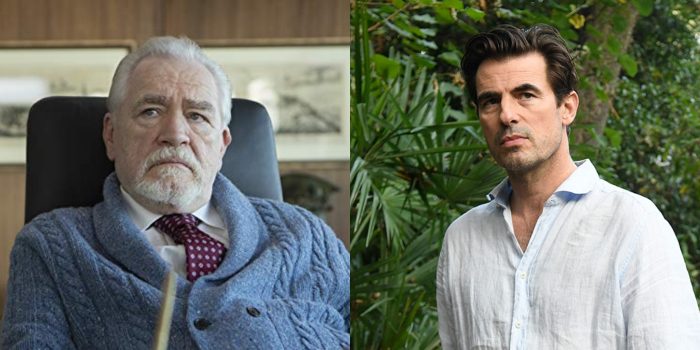 There’s nothing like a good whodunit to offer us comfort during trying times. No matter the mystery, or the high-profile actors involved, you can bet that the case will be closed and the culprit brought to justice. And U.K. producer Maggie Monteith is putting the power of the whodunit to good use, with a filmed-from-home TV pilot of The Agoraphobics Detective Society starring Brian Cox and Claes Bang that will help out film and TV freelancers impacted by the coronavirus.

Deadline reports that filming is underway for a charitably filmed-from-home TV pilot of The Agoraphobics Detective Society, an eight-episode mystery series following a “distraught group of patients [that] band together to find a renowned expert psychiatrist who disappears without explanation.”

The pilot will debut on the Pinpoints Presents site, where viewers will be asked to donate what they can to view it. All the proceeds will go to the U.K.’s Film And TV Charity and the U.S. Motion Picture & TV Fund in the U.S. to help film and TV freelancers whose livelihoods are suffering from closures due to the coronavirus (COVID-19) pandemic.

Spearheaded by Maggie Monteith, who enlisted an all-female team from both sides of the Atlantic to write and direct this project, The Agoraphobics Detective Society is the latest production to shoot remotely amid industry-wide shutterings of productions. But it’s the only completely new project — aside from the occasional unscripted “talk show” hosted by celebrities — that was created for the purpose of helping those in need during the coronavirus crisis.

“The logistics of filming where people are sheltering in place was the toughest logistics problem to solve outside the mystery of international time zones,” Monteith told Deadline. “A bespoke solution was found for each actor, according to their phones, laptops and computers. A combination of downloadable apps and enhancements, and help delivered in the form of props, wardrobe, hair and makeup products and tech items, made it possible to get usable takes.”

Dolly Wells (Doll and Em), Suzi Ewing (10×10) and Heidi Greensmith (Winter) are set to write and direct the pilot, while The Souvenir’s David Raedeker is set to act as cinematographer, Connor Hamill supervises camerawork, and Anousha Payne and Ryan Thomas are providing production design. Adelina Bichis and Gideon Gold are editing, and post-production will be provided by Pat Wintersgill at Film Shed and Nick Baldock of Art4Noise. Walter Mair is composer and will collaborate with U.S. artists for the soundtrack.

Next post New on Blu-ray and Digital: ‘Little Women’, ‘Just Mercy’, ‘Me and You and Everyone We Know’, ‘Underwater’, ‘VFW