‘Never Have I Ever’ Trailer: Mindy Kaling’s Netflix Comedy is Full of “Steamy Teen Romance”

Never have we ever seen a Netflix teen comedy so full of that Mindy Kaling brand of cringe comedy. Netflix has released the official Never Have I Ever.. 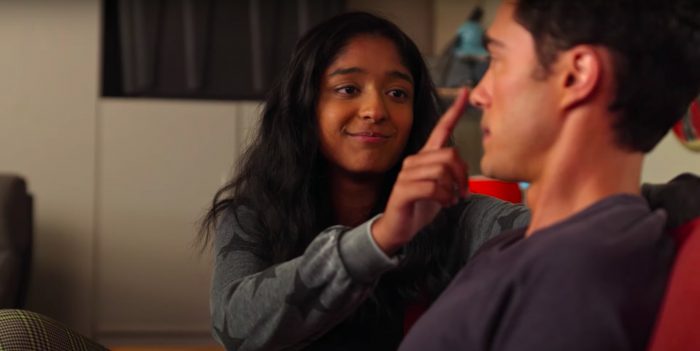 Never Have I Ever Trailer

Co-created by Kaling and The Mindy Project collaborator Lang Fisher, Never Have I Ever is a 10-episode series will follow the trials and tribulations of a first generation Indian American teenage girl. Her biggest obstacle, according to the zippy trailer? Getting laid. Ramakrishnan’s Devi is a nerdy high school sophomore on a mission to change the image of her and her two quirky best friends so that she can finally gain the attention of the school hottie. But she’ll run into plenty of shenanigans and misadventures along the way, which is much more exciting than the “normal teenage life” that she yearns for.

I was expecting something more akin to the cringe comedy of The Mindy Project with this series, but it seems like Never Have I Ever takes more cues from the underrated teen comedy Blockers, which also centered around a group of friends on a mission to lose their virginity. It’s a touch raunchy, but the series seems to lean on the sweet side, as Devi likely learns the real important part of high school is…friendship.

Here is the synopsis for Never Have I Ever:

Never Have I Ever is a new coming-of-age comedy about the complicated life of a modern-day first-generation Indian American teenage girl. The series stars newcomer Maitreyi Ramakrishnan as Devi, an overachieving high school sophomore who has a short fuse that gets her into difficult situations. Never Have I Ever is created by executive producer Mindy Kaling, with Lang Fisher serving as executive producer, showrunner and writer. The Universal Television project is also executive produced by 3 Arts Entertainment’s Howard Klein, David Miner, and Tristram Shapeero.

The post ‘Never Have I Ever’ Trailer: Mindy Kaling’s Netflix Comedy is Full of “Steamy Teen Romance” appeared first on /Film.