Saturday Night Live At Home returned with another set of remotely produced sketches this weekend, and you can tell that the cast and crew learned some.. 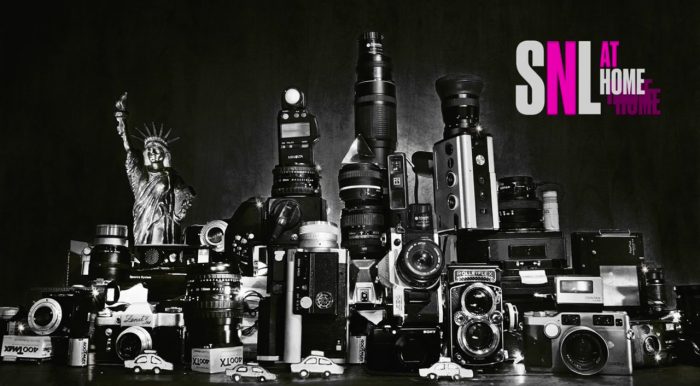 Saturday Night Live At Home returned with another set of remotely produced sketches this weekend, and you can tell that the cast and crew learned some lessons from their first outing, and they improved the quality of the sketches, both in content and in presentation. In addition to some guest appearances by Brad Pitt, Adam Sandler, and Paul Rudd, the graphics department also came out in full force to give the sketches some extra flair.

So without further adieu, let’s take a look at the best and worst sketches from Saturday Night Live At Home.

Grocery Store Ad – Here’s one of several instances where the graphics department helped elevate this weekend’s round of sketches. Kate McKinnon and Aidy Bryant join forces for a faux business again, this time for a grocery store that isn’t quite stocked up on the things you need, but rather stuff that they’re desperate to get rid of. The extensive list of fake, terrible products like Mint Pringles and the ever-growing desperation to sell Dasani water in some form made this a home run.

Whiskers R We – This recurring cat shelter bit doesn’t always work, and sometimes the cute cats used in it have to do the heavy-lifting. So how does it work when Kate McKinnon only has one cat to work with? Well, it adds a lot of charm, especially when McKinnon uses little props to help vary the appearance of the single cat in her apartment. The different cat names and the way her cat reacts to this tomfoolery is immensely entertaining.

FaceTime with Paul Rudd – We’re not sure how Paul Rudd got wrangled in to be the actor who has a weird cousin catching up with him for the first time in a long time, but here we are. Heidi Gardner plays Paul Rudd’s cousin, who is still into coloring, baseball card, and, as evidenced by her t-shirt, the Dick Tracy movie. This is such an odd character, but I love the confidence with which she mocks Paul Rudd, especially when she points out who got a Golden Globe instead of him.

Released Early – Chris Redd just got out of prison in this coronavirus-inspired sketch, and he’s on the prowl for some action with the ladies he used to hook up with. That makes for some awkward FaceTime calls, especially when he learns what Aidy Bryant’s situation is, and when he realizes Cecily Strong may be even more desperate than him. Redd is great in this sketch and it makes me wish he got more opportunities like this to shine on SNL.

Stuck in the House – Music video parodies and comedic raps are clearly Pete Davidson’s strong suit for Saturday Night Live At Home, which isn’t surprising since he excels at those when the full show is on the air. But in this one, he gets some help from a comedic hero of his in the form of Adam Sandler contributing some verses and footage to this rap about being stuck at home during quarantine. Seeing Sandler take the time to do this, especially with his family involved, is awesome.

Aidy’s Childhood Journal – At first, this seems like it’s just a hilarious bit where Aidy Bryant is mocking her child self for having these diaries full of weird kid stuff. The “turtels” stuff was particularly funny, but then it takes a bit of a darker turn as she comes to term with quarantine and how desperate she is to come out of this.

Next post The Quarantine Stream: ‘The Lighthouse’ is the Perfect Claustrophobic Cautionary Tale For Our Times