In this edition of TV Bits: A Phantom of the Opera TV adaptation is in the works The Kenny Rogers western series The Gambler might get a reboot Direc..

Travel Channel has greenlit a new series called Hotel Paranormal, which “follows the terrifying true stories of those who have come face-to-face with otherworldly hotel guests,” and features “spine-tingling stories of paranormal encounters told from stays at grand hotels, highway motels and inns around the world.” Dan Aykroyd, who famously believes in ghosts and is somewhat obsessed with all things supernatural, will serve as the narrator for each of the ten one-hour episodes. The series premieres on July 11, 2020 on Travel Channel.

HBO Max unveiled the trailer for Close Enough, a new animated series from Regular Show creator JG Quintel which is described as “a surreal animated comedy about a married couple, their five-year-old daughter, and their two divorced roommates all living together in LA. They’re navigating that transitional time in your 30s when life is about growing up, but not growing old. It’s about juggling work, kids, and pursuing your dreams, while also avoiding stripper clowns and murderous mannequins. Their life may not be ideal but for now, it’s close enough.” This one hits HBO Max on July 9, 2020.

The new streamer appears to be making animation for adults a priority, because they’ve also ordered a new series called 10-Year-Old Tom from Steve Dildarian (The Life and Times of Tim), who will write and executive produce the series. TV animation veteran Nick Weidenfeld (The Boondocks, Rick & Morty) is set to executive produce, and this actually sounds pretty great, so I’m personally hoping the animation style isn’t as impish as it is in Close Enough, because I might end up giving this one a chance. Here’s the show’s synopsis:

Tom grapples with being corrupted by the grownups around him each day just by leaving his house. Bad influences seem to lurk around every corner…litigious parents, drug dealing bus drivers and band teachers who want to sleep with his mom. If he sets up a lemonade stand, he gets sued for gross negligence. If he plays baseball, he is encouraged to “dabble with roids.” And if he visits the school nurse, he is introduced to the world of insurance fraud. The grown ups in Tom’s life all mean well, but somehow just can’t manage to lead by example.

For all the kids out there, HBO Max is going to be the home of a brand new season of Esme & Roy. I don’t have kids, but this hails from the creators of Sesame Street, and at least it appears to be better than much of the abysmal children’s programming I’ve heard is flooding the market these days. 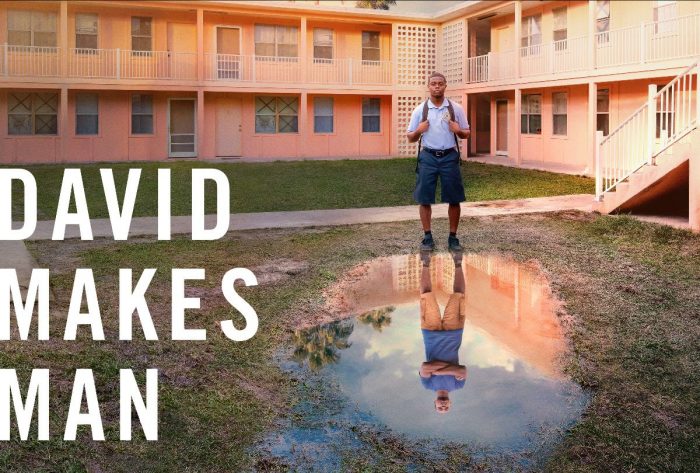 HBO Max has also locked down the streaming rights to the first season of David Makes Man, a one-hour drama from Moonlight writer Tarell Alvin McCraney which won a Peabody Award. Season 2 is coming to OWN at some point, but those of us who missed the first season will soon be able to catch up on one of the biggest streaming services on the market:

The series centers on David, a 14-year-old prodigy from the projects who is haunted by the death of his closest friend and relied upon by his hardworking mother to find a way out of poverty. He must choose between the streets that raised him or the higher education that may offer him a way out. Set in South Florida, the series is inspired by events in McCraney’s own life and explores childhood trauma and the power of imagination to survive.

“East Wing draws from the experiences of Ali Wentworth’s mother, who served as Social Secretary in the White House during Ronald Reagan’s presidency in the 1980s. It tells the story of Hollis Carlisle (Messing), a hostess extraordinaire who juggles her threatened husband, rebellious children, Nancy Reagan’s Chief of Staff and a crippling social anxiety disorder. Ali will reoccur as Hollis’s best friend, Kelly Forbes, who is a stay at home mom and is threatened by Hollis’s success.”

Back at HBO, Austin Powers director Jay Roach is set to direct a comic satire called Coastal Elites, which is written by Paul Rudnick (Addams Family Values) and produced entirely during the coronavirus quarantine. Featuring an all-star cast playing characters from New York to Los Angeles coping with politics and the pandemic, the special “tells stories of breaking down and breaking through in the summer of 2020 that are funny, searing, poignant and now.” Bette Midler, Kaitlyn Dever, Dan Levy, Sarah Paulson, and Issa Rae are set to star.

The production company behind Netflix’s Narcos and F is For Family is developing a six-part TV miniseries adaptation of The Phantom of the Opera. The show is going to be based on the original Gaston Leroux novel and not the mega-popular musical from Andrew Lloyd Webber, although both follow a disfigured composer who lives in the bowels of a Parisian opera house and falls for a talented young ingenue. British writer Anthony Horowitz is reportedly tackling the adaptation.

Speaking of Horowitz, he’s also the writer behind the Alex Rider series of teen spy novels, and Sony’s TV adaptation is getting a second season. The show doesn’t have a U.S. home yet, but it’s been picked up by Amazon in the U.K.

Good news for fans of bone-crunching action: The Raid director Gareth Evans‘ new series Gangs of London has been dropped by Cinemax in the United States. “Wait a second,” you’re probably thinking. “That doesn’t sound like good news at all!” You’re right. That’s the bad news. But the good news is that AMC has swooped in as the new U.S. distributor – plus, the show is getting a second season. See? Good news after all.

The post TV Bits: ‘The Phantom of the Opera’ Adaptation, ‘Gangs of London’, ‘Hotel Paranormal’, ‘The Gambler’, and More appeared first on /Film.