To put it mildly, New York City went through a rough stretch in the 1970s. Without getting too far into the complex whirlwind of factors that contribu..

To put it mildly, New York City went through a rough stretch in the 1970s. Without getting too far into the complex whirlwind of factors that contributed to the city’s decline – police corruption, a financial crisis, etc. – New York was becoming a playground for organized crime, and five mafia families ruled the boroughs. This era has been dramatized extensively in movies and TV shows in the ensuing decades, and now Netflix is jumping on the bandwagon with its own three-episode docuseries called Fear City: New York vs. The Mafia. Check out the trailer below.

While this sounds like a fascinating (if familiar) story, the biggest downside I can see here is that this show seems to prominently features former NYC mayor and current Donald Trump toady Rudy Giuliani as one of its main talking heads. His participation alone may be enough to put many people off from watching this series. But the show, which seems like it’s in the same vein as documentaries like Cocaine Cowboys, is executive produced by The Imposter and American Animals director Bart Layton, which has me willing to give it a shot.

I’ve never heard of director Sam Hobkinson, but it sounds like he’s leaning heavily on the use of surveillance tapes and archival audio from the period, which might remind viewers of the tactics used to create HBO’s recent documentary series McMillions. And at only three episodes long, chances are high that, unlike McMillions, this series won’t overstay its welcome. 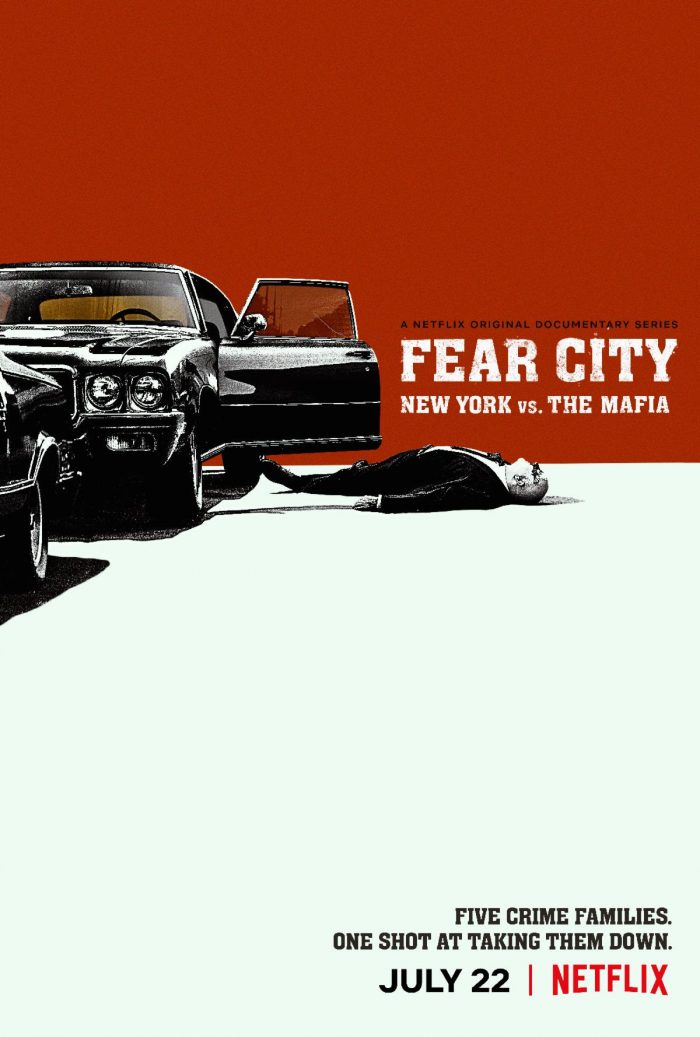 And here’s the official synopsis:

Throughout the 1970s and ’80s, the “Five Families” of the New York mafia — Bonanno, Colombo, Gambino, Genovese and Luccese — held a powerful, and seemingly insurmountable, grip on the city. In this three-part docuseries from RAW (Don’t F**K With Cats) and Brillstein Entertainment, award-winning documentarian Sam Hobkinson details the incredible story of the history-making organized crime investigation and prosecution case brought against New York’s most formidable mob bosses. Through interviews with dozens of law enforcement officials, ex-mafia associates and others, FEAR CITY: NEW YORK vs. THE MAFIA sheds light on how the mafia’s control of unions, high-rise construction and other industries netted billions for organized crime. Previously unheard surveillance recordings, news footage and archival material alongside new interviews and reenactments paint a shocking and captivating portrait of this “Golden Era of the Mob.”

Previous post Denis Villeneuve Was Influenced by Roger Deakins While Making ‘Dune’, Wants to Make “Something Small” Next