With Disneyland Still Closed, Watch These Movies to Get Your Theme Park Fix

– One of the most pervasive thoughts I’ve had in the last four months is a few simple words: I miss Disneyland. Like many cultural institutions, the.. 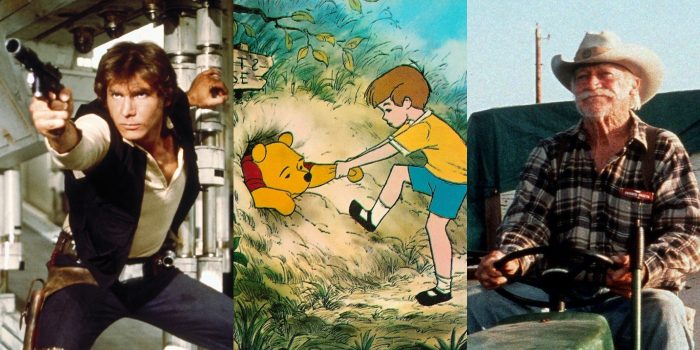 One of the most pervasive thoughts I’ve had in the last four months is a few simple words: I miss Disneyland. Like many cultural institutions, the Disneyland Resort in Anaheim, California has been closed for months due to the coronavirus pandemic. Even though some parts of our popular culture are restarting, or are set to restart, Disneyland’s doors remain closed.

This time last month, though, that wasn’t the plan. On June 10, the Disney Parks Blog announced that Disneyland was reopening on July 17, a banner day in more ways than one. It wouldn’t just be a perceived return to normalcy for American culture; July 17 is the anniversary of Disneyland Park’s opening day. This year doesn’t just mark any old anniversary, but the park’s 65th. Yet due to the increase in coronavirus cases in California (and in plenty of other states around the nation), the fact that California Governor Gavin Newsom never approved the reopening plan, and the passionate outcry from thousands of Disneyland Cast Members that reopening was unsafe, Disney postponed the reopening.

So Disneyland isn’t just going through an extended closure – for the first time since its opening, the park is closed on its own anniversary. (Prior to the pandemic, Disneyland had only been closed on a literal handful of occasions, all grim parts of American history such as the day of JFK’s assassination and September 11, 2001.) For those of us who enjoy the Disney theme parks in all their imperfections, whether we visit every day, every year, or once every few years, the sight of an empty Disneyland is perverse and depressing.

So, again: I miss Disneyland. Maybe you do too. Since we can’t be at Disneyland today, the best we can do is replicate the experience. Now, you can go to YouTube and find ride videos for basically everything at Disneyland and Disney California Adventure. But I want to do something slightly better and different. Here, I’m going to highlight one film or TV show, and one piece of theme-park music, per land at Disneyland Park and Disney California Adventure (which may not be celebrating an anniversary today, but why not?). I hope you’re a Disney+ subscriber, because you can find all the films below there. Let’s go.

Film: It’s a shame that The Music Man was released by Warner Bros. Pictures in the early 1960s – much of the film’s music can be heard playing throughout Main Street, U.S.A. And why wouldn’t it? The film’s old-fashioned, lily-white presentation of turn-of-the-century Midwest America is much in line with the visual atmosphere evoked by the opening section of Disneyland Park. But alas, it’s not a Disney film, so I’m not recommending it here. Instead, let’s go with Pollyanna, a 1960 family drama starring Hayley Mills and Karl Malden. Though this isn’t as upbeat a film as other 60s-era Disney live-action films meant to take place in the nostalgic past, Pollyanna is a sweet and baleful story anchored by the young and extremely talented Mills. It captures the image of a low-key lifestyle in a town where everyone knows each other and supports them in good or bad times. Bring the Kleenex for this one.

Music: Main Street, U.S.A. has lots of musical options, depending on what you prefer. Do you like the era in which Disneyland announcer Jack Wagner (if you remember the stentorian voice telling you to stay seated at the end of Matterhorn Bobsleds, that’s Wagner) was compiling thematic pieces into background loops? Or are you a fan of the more recent version of Main Street loops, in which film music from Up, Hello, Dolly!, and The Music Man butt up against each other? If you go to YouTube, you can find lots of different options. I’m sticking here with the most recent version of the background loop. It’s an hour long, it’s full of ragtime-era songs (or covers of songs, as mentioned above, that fit within that Joplinesque style), and sure to put a smile on your face.

Film: Normally, I’d point you to Raiders of the Lost Ark, which is an incredible film. But since it’s not available on the Disney+ streaming service, I’ll stick to the themes of the jungle with the 1967 animated film The Jungle Book. This animated classic is really the last hurrah of Walt Disney, who passed away months before the film’s release. Though he had some level of oversight on the early production of The Aristocats, The Jungle Book marked the end of his true connection with the animated fare released under his name. The story of the man-cub Mowgli is, like Adventureland itself, both beautiful and problematic, mixing white culture with a perceived exotic flair. The animation is gorgeous and colorful, the music is alluring, and some of the songs are true bangers.

Music: To each their own, but if I want to hear something that will evoke the sensations of Adventureland (the strangest, most compact, problematic, and yet thrilling land in the original Disney theme park), I put on “Moonlight Time in Old Hawaii”, composed by Disney Legend George Bruns. The slinky, seductive strains that Bruns and his fellow musicians play throughout the 36-minute album (many of the tracks can be heard in Adventureland, including the title track) evoke a soothing sense of the exotic. Listen to this album, and you’ll be instantly transported to a place where the cultures of Hawaii, Africa, and Asia butt up against each other with a strange cohesion.

Film: While New Orleans Square is home to two of the very best theme-park attractions, which both inspired films from 2003, The Haunted Mansion inspired a pretty forgettable one. On the other hand, Pirates of the Caribbean: The Curse of the Black Pearl is a wild, exciting ride. Gore Verbinski wasn’t as off-the-leash as he would be by the conclusion of the original trilogy, or with his garish 2013 adaptation of The Lone Ranger; and Johnny Depp had not yet fully given himself over to the cartoonishly louche stylings of Captain Jack Sparrow. In short, this movie is so damn fun not just because it’s got plenty of thrilling action sequences, genuinely clever and unexpected humor, and a swooning romance – it’s the first of its kind in so many ways. There are light references to the ride, but this is just an incredibly exciting film Disney hasn’t ever topped.

Music: The Rivers of America cover a lot of ground, facing parts of New Orleans Square, Critter Country, and Frontierland. It’s the spot where the nighttime spectacular Fantasmic! is performed, as well as where you can help steer a canoe, play on Tom Sawyer Island, and more. But my favorite part is the jazz music you can hear emanating from the speakers surrounding the Rivers. It’s not just that the music is a perfect example of the auditory experience of New Orleans, but that many of the pieces – including my very favorite, “After You’ve Gone”, first used in Make Mine Music – communicate a sense of thrilling excitement that’s met by the E-ticket attractions in the land itself. Take a listen and imagine yourself all but floating on the water.

Film: Even before the announcement last month that Disney would be retheming its main attraction in Critter Country, Splash Mountain, you wouldn’t have been able to watch Song of the South, its heavily controversial and racist inspiration, legally. While I think hiding the film is wrong – Disney should confront its past, as grim as it is – I wouldn’t have recommended it here no matter what. Instead, I’ll stick with the other animated film represented in the land, and a perfectly charming one at that: the 1977 package film The Many Adventures of Winnie the Pooh. There are critters aplenty in this lighthearted and calm series of stories featuring all of Christopher Robin’s friends from the Hundred Acre Wood; these adventures are basically timeless, winning over the young and the old alike. There’s nothing more relaxing in Critter Country than the ride bearing this film’s name, so why not highlight it here?

Music: And the same is true for this section. Richard and Robert Sherman composed the wonderful, earworm-y songs for Winnie the Pooh, and you can hear instrumental versions of them whenever you walk by the ride at Disneyland, or experience it for yourself. Even the weirdest song of the bunch, “Heffalumps and Woozles”, sounds soothing when you listen to it as filtered background music. For now, at least, as Splash Mountain remains dormant, there’s still background music based on the themes of Song of the South that you can listen to, but that music is likely to go away (and is long overdue to do so). Stick with Pooh.

The post With Disneyland Still Closed, Watch These Movies to Get Your Theme Park Fix appeared first on /Film.