In this edition of Theme Park Bits: Prepare to stand still while eating at Walt Disney World. Merchandise discounts galore for Annual Passholders and.. 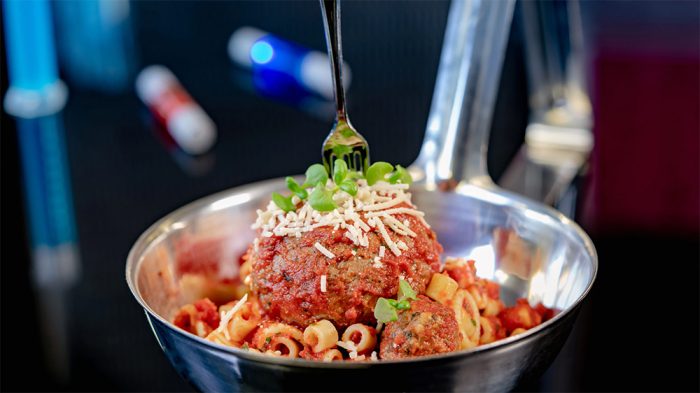 As Walt Disney World continues to operate at limited capacity, there are plenty of changes afoot. One of the biggest changes involves a surefire revenue stream for the Disney parks: food and drink. Now, don’t worry, it’s not going away. But you might have already thought of a specific problem: to eat and drink, you can’t have a mask on your mouth and nose. And when you’re at Disney World, you’re likely on the go as you eat. Well, not anymore: Disney is now enacting a policy that states you have to be stationary while eating and drinking. As it goes with the entirety of working at a theme park now, I sympathize with the Cast Members who have to enforce this very strange but reasonable policy.

If you’re at Walt Disney World, and you fall into one of two categories, you may find that it pays a bit more to be in the Happiest Place on Earth. Cast Members may be blocked out of attending the parks at the moment, but through the end of July, they can get a 50 percent discount on almost all merchandise. (That Disney-made face masks are one of the items that this discount is not good for is…uh…a Choice.) If you’re an Annual Passholder, the discount isn’t quite so steep, at just 30 percent, but it’s good through August 14.

Over at Epcot, construction may be afoot, but in less of a capacity than was originally planned. Last August, Disney unveiled very extensive plans for a full-on renovation of the second Disney World theme park, but the pandemic has scuttled some of those plans. Specifically, the large-scale update of Spaceship Earth as well as a Mary Poppins-themed attraction have been postponed. A good chunk of the Epcot updates are still moving forward, some because they were so far into production that it’s too late to back out. But these kinds of updates mean that it’ll be a longer time before Spaceship Earth goes under the knife. (Honestly? I’m fine with that. The current ride is a bit kitschy, but charming.)

Let’s take a brief break from Disney theme-park news, and shift to another theme park chain: Legoland. Until recently, you might have been surprised to learn that over at Legoland Florida, pesky things like “a global pandemic” weren’t stopping the fun! That’s because, until just last week, face masks weren’t required on attractions or in indoor locations. Now, masks are a must, because the city of Winter Haven, where Legoland Florida is located, is requiring them. (Real profile in courage there, Legoland Florida.) It’s better late than never, perhaps, but what a very low bar to clear.

Heading back to Disney, and specifically to Anaheim, while Disneyland isn’t open yet, that doesn’t mean that all of the construction projects in the resort have halted. A very big one is the expansion of the Disneyland Hotel to include a Disney Vacation Club tower, a plan that’s gotten much closer to fruition. Now that the City of Anaheim’s planning and building department has recommended the tower be approved, it’s much more likely that this hotel update will happen. Considering how fractious the situation got when Disney tried to build an entirely new hotel in Downtown Disney, this is good news for them.

Not all Disney theme parks are closed, of course. (Well, most of them are open.) And over at Tokyo Disney, it’s not just open but they’re already planning new arrivals. Starting – hopefully – in April of 2021, Tokyo DisneySea will have a new nighttime spectacular, Believe! Sea of Dreams. With the start date arriving in just over eight months, there’s not much new information available aside from the name and key art, but the very fact that Tokyo DisneySea is moving to replace Fantasmic! implies that they’re more comfortable with being open for business.

The post Theme Park Bits: Epcot Plans Changed, No Moving While Eating at Disney, and More appeared first on /Film.