Comic-Con at Home may not be as thrilling as the usual convention fun that comes out of San Diego, but there are still some exciting reveals coming ou..

Comic-Con at Home may not be as thrilling as the usual convention fun that comes out of San Diego, but there are still some exciting reveals coming out of the virtual panels that have been released over the past few days. In fact, last night’s Mondo panel for the Art of Soundtracks teased two upcoming releases that will be must-haves for collectors of vinyl soundtracks.

Though details are still being finalized for both of these releases, Mondo provided a sneak peek at a massive vinyl box set for score from the first season of The Mandalorian, as well as a 10th anniversary release of Daft Punk‘s score from TRON Legacy. Get a look at both of these slick new vinyl releases below. 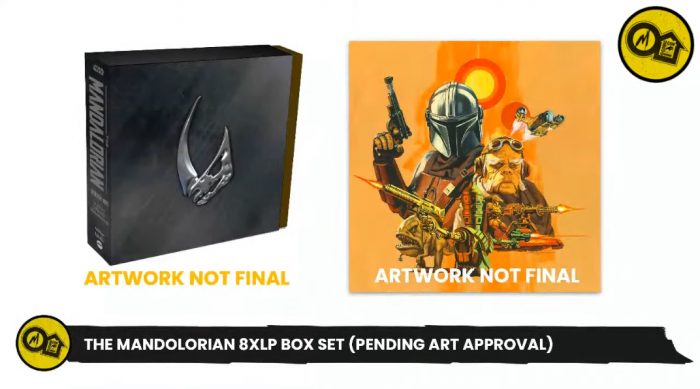 Originally intended for a release at Comic-Con, all the details for The Mandalorian vinyl box set couldn’t be sorted out in time. But Mondo still hopes to release it before the second season of the show arrives this fall, so we should be getting official word soon on where and when this box set will arrive.

The Mandalorian vinyl soundtrack box set for the first season is and 8xLP release, with Ludwig Göransson‘s score for each episode having a separate record. Each episode’s score also has its own sleeve with artwork created by artist Paul Mann. The one pictured above is from the first episode, and as you can see, they all come housed in a box colored like Beskar armor, featuring The Mandalorian’s signet of the mudhorn.

As of now there aren’t any pricing details, but we’re excited to hear more about this release. 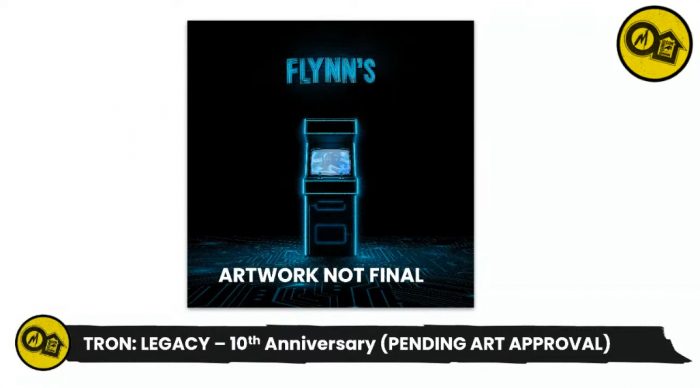 Daft Punk’s score for TRON Legacy is largely considered to be one of the best scores of the decade, probably even the 21st century. It’s been 10 years since we heard their electronic beats grace the big screen, and Mondo is giving the soundtrack a 10th anniversary release that fans will go crazy for.

There aren’t any specific details on how this soundtrack may or may not differ from the previous vinyl release of the score, but the real selling point is the artwork that’s being done by Matt Taylor. Pictured above is just the slipcase of the vinyl release, and they couldn’t show anymore of it because this isn’t an approved release yet, and the rest of the artwork requires likeness rights deals and whatnot. But since this is a 10th anniversary release, they’ll have it ready sooner than later.

Again, no pricing details were available at this time, but we’ll be sure to keep you posted.

If you’re interested, you can watch Mondo’s entire Art of Soundtracks panel below:

Next post ‘The Bay of Silence’ Trailer: Sooner or Later, Everyone Has Something to Hide

Previous post ‘The Unfamiliar’ Trailer: An Army Medic Home From War Senses Something Malevolent In Her Home