‘Howard’ Review: A Soulful Tribute to the Man Behind Disney’s Most Beloved Animated Classics

“To our friend Howard, who gave a mermaid her voice and a beast his soul, we will be forever grateful.” The dedication to the lyricist behind some of.. 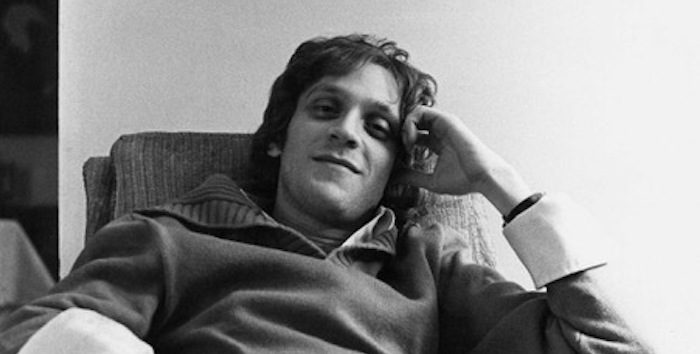 “To our friend Howard, who gave a mermaid her voice and a beast his soul, we will be forever grateful.”

The dedication to the lyricist behind some of Disney’s most beloved animated hits that runs in the closing credits of Beauty and the Beast is brief but beautiful — which is a fitting description of the life of Howard Ashman, whose amazing life was cut short by AIDS in 1991, right on the cusp of what would be his greatest and most lasting achievement. It’s a fitting description too for Howard, the Disney+ documentary directed by Ashman’s friend and colleague, Beauty and the Beast producer Don Hahn. Featuring never-before-seen archival footage of Ashman working on soon-to-be Disney classics like The Little Mermaid, Beauty and the Beast, and Aladdin, Howard is an all-too-fleeting snapshot of one of the greatest lyricists in musical history, the tragic circumstances of his death lending an air of melancholy and depth that is rare in a Disney-affiliated documentary.

“Howard was always a storyteller,” Ashman’s sister, Sarah Gillespie describes early in the film as the camera pans to candlelit figures of cowboys, Indians, nutcrackers, whirring fans and pearls — children’s toys that took on new life in the young boy’s immense imagination. Howard charts a fairly straightforward biography of the lyricist and director’s life, with with his sister and his mother Shirley Ashman describing his early years growing up in Baltimore as images of a smiling young Ashman roll across the screen. As the film moves on to his time at college and his formative years in New York City, co-founding the WPA Theater with his first partner Stuart White, more recognizable names pop up, with Alan Menken, Jodie Benson, and Paige O’Hara all talking about the man who made such an impact on the musical scene.

None of the interviewees ever appear as a talking head onscreen, with the documentary preferring to give the spotlight only to Ashman in grainy black-and-white photos — transforming from a shy youngster to a serious young drama performer through the few images compiled of Ashman, as his friends and family describe his life. Hahn’s approach is clearly in loving tribute to Ashman, without the noise of a typical talking-head documentary to distract from the man at the center.

But the effect is something like a half-remembered memory, an footprint left on the sand as his loved ones desperately try to remember the boot that made it. Some of the memories contradict each other: Ashman’s colleagues from his time at Disney speculate on his state of mind in his later years, wondering if he had injected his own life experiences into songs such as “The Mob Song” from Beauty and the Beast, while his family vehemently denies such “hooey.” Ashman’s partner Bill Lauch, who took care of him as Ashman’s health deteriorated, clearly hesitant to go into the details of those later years, somewhat bitterly muses that Howard “may have said goodbye” long before he got sick. Through this faceless depiction of his interviewees, Hahn — perhaps unintentionally — crafts a conflicting and flawed portrait of Howard, which makes the film much more fascinating than if it had only given us a rundown of his achievements at Disney and off-Broadway.

That’s not to say the documentary is perfect. While reading between the lines makes the imperfect portrait of Ashman quite interesting, the film begins to drag a little after 20 minutes of Hahn cycling through the same series of images and throwing on the Ken Burns effect. When we do get to see Ashman speak for himself, the video interviews of the lyricist promoting Little Shop of Horrors and Smile are not all that illuminating, mostly showing a soft spoken and sensitive man who minces his words. Which is an all the more fascinating image, coming just a few minutes after Ashman’s famous collaborator Alan Menken described his first impression of Ashman as a chainsmoking rebel.

Howard gets a jolt of energy from its archival footage of the recordings of songs from Beauty and the Beast and The Little Mermaid, as we get to see Ashman at work, laser focused but — as we soon learn — fast deteriorating physically. That the best work of Ashman’s career came during a period where he was suffering the most from his illness is a tragedy not lost on the documentary, but not one that Hahn too heavily emphasizes. Howard gives a brief description of the AIDS crisis, with your requisite news reels describing the epidemic that devastated the gay community, but it expects its audience to know the implications of the disease.

However, any concerns about a Disney documentary properly covering an important aspect of Ashman’s life — his sexuality, his AIDS diagnosis, and even, in part, his fear of being outed while at Disney — can be put to rest. Howard never shies away from Ashman’s sexuality and his love life, though it paints a rather simplistic picture as told by his acquaintances and his partner Bill. The coverage of Ashman’s sexuality mostly function in laying the ground for his later diagnosis, though the scant details about his relationship with White, who is ever-so-slightly villainized for his hard-partying lifestyle before his diagnosis, are, again, interesting.

The parts of the film that cover Ashman’s rise to success with Disney don’t add much to what we already know, but bring a triumphant energy to the documentary in a bittersweet climax. Seeing the classic conflict of then-Disney Studios chief Jeffrey Katzenberg wanting to cut “Part of Your World” while Ashman fought for its inclusion are still satisfying to watch, as are Menken’s little analogies — by far the most colorful parts of the documentary — with the composer describing The Little Mermaid directors Ron Clements and John Musker as “white bread” that got a little much-needed flavor from Ashman. These segments are the most entertaining part of the film, as Howard breaks up the monotony of its photo montages with the aforementioned archival footage, including the recording of the song “Belle,” which was another song we learn that Ashman had a heavy hand in, transforming a music-free opening to a full-fledged “operetta.” Hearing Ashman’s demos of iconic songs such as “Poor Unfortunate Souls” and “Belle” — his specific intonations almost exactly imitated by the singers — are a joy to experience. Footage of Ashman directing Angela Lansbury and Jerry Orbach during “Be Our Guest” is dynamite, tapping into the charged magic of creating something that everyone involved knows will be special.

The veneer of tragedy during this pinnacle of Ashman’s career makes this footage all the more bittersweet. The film descends into an almost dour tone as Ashman’s friends and family describe his deteriorating condition, of working long hours at recording sessions only to go home and get hooked up to intravenous fluids, of doing Disney World junkets while struggling to stand, of writing “Prince Ali” with Menken from his hospital bed. But Hahn makes sure to emphasize that Ashman’s dream of creating something that will last long after he was gone was realized, showing a montage of the beloved animated films, its stage adaptations, and (ugh) its live-action remakes. Howard feels like in-memoriam tribute from a friend: made with a rosy sense of nostalgia, and perhaps a few too many photo montages, but with love.

The post ‘Howard’ Review: A Soulful Tribute to the Man Behind Disney’s Most Beloved Animated Classics appeared first on /Film.

Previous post Cool Stuff: Turn Your Amazon Echo Dot into a Baby Yoda That Listens To All Your Secrets