The Mission: Impossible franchise has done it all: it has crashed motorcycles, blown up trucks, and dangled its star Tom Cruise out of planes, helicop.. 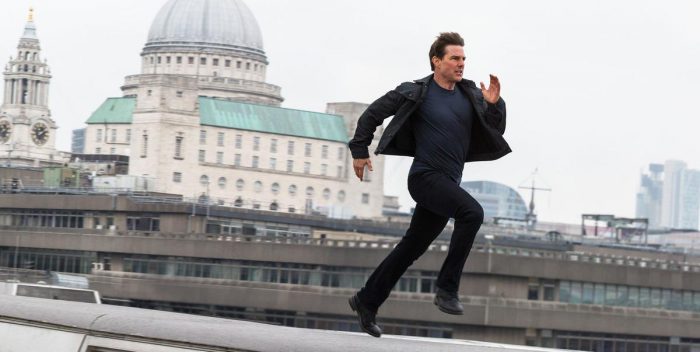 The Mission: Impossible franchise has done it all: it has crashed motorcycles, blown up trucks, and dangled its star Tom Cruise out of planes, helicopters, off cliffs, and out of the tallest skyscraper in the world. So it was almost unsurprising when reports came out that the Mission: Impossible 7 crew were planning to blow up a bridge in Poland. But the film production was met with immediate backlash when it was reported that said bridge was an 111-year-old historical landmark, a piece of the country’s heritage that would be demolished in the name of entertainment. But director Christopher McQuarrie is here to set the record straight: no, Mission: Impossible 7 is not blowing up a bridge — at least, not this particular bridge.

McQuarrie released a lengthy statement to Empire to clarify those pesky rumors flying around that the Mission: Impossible 7 production was about to blow up a bridge that was a Polish historical landmark. While there are no plans to blow up that particular bridge now, McQuarrie confirms that they had initially planned to do just that after the production had come to an agreement with the locals in charge of said bridge, to the “benefit of the Polish film industry, the local economy and with the greatest care to the surrounding environment.” But things went south when “one individual, for reasons I cannot specify without revealing their identity, claimed they were owed a job on the production for which we felt they were not adequately qualified.”

What follows is quite a dramatic turn of events, after that individual harassed the production and had the bridge declared a historical landmark. Unfortunately, because of this, that 111-year-old bridge won’t be blown up. But McQuarrie invites anyone who needs a bridge to be demolished to contact him.

Mission: Impossible 7 is scheduled to hit theaters on November 4, 2022.

Last week, a story broke in the press alleging that the producers of Mission: Impossible had asked for permission to demolish a 111-year-old bridge in Poland and that, in so doing, we were destroying a piece of that wonderful country’s heritage in the name of entertainment.

I’ve read a lot of inaccurate stories in which I’m named and I normally just ignore them, but in this case I felt it was important to personally clear up some misinterpretations of our intentions, starting with this:

There was never a plan to blow up a 111-year-old protected monument.

It’s a pretty good story (with a twist) and to the best of my knowledge it’s true, so bear with me.

Mission: Impossible has come to be known as a franchise that does as much as humanly possible without the use of digital effects, which allows us to create moments in a way audiences have never seen before. At the very start of the film’s pre-production, we had a rough concept for a sequence involving a bridge over a body of water, ideally one that could be (spoiler alert) partially destroyed. While we doubted such a thing would be possible, a broad search was initiated in the unlikely event that any country anywhere in the world might have a bridge that needed getting rid of.

Some lovely people from Poland responded with enthusiasm.

They just happened to know of a non-functioning railroad bridge in an area that suited our purposes. And, better yet, the area in question was eager to promote tourism. Local roads being what they are, their best chance to do this rested in revitalizing an outdated rail system. This included replacing the main decking of the bridge in question, which engineers had deemed structurally unsound. The bridge was not built entirely in 1906 as has been reported. That bridge was partially destroyed by the retreating Germans during the Second World War before being rebuilt (the current bridge is, in fact, one of two very similar ones in the area, neither of which is a protected monument). Bottom line: to open up the area to tourism, the bridge needed to go.

And we were only too happy to help out.

As a bonus, the lake which the bridge spans is man-made (providing power to a nearby hydro-electric dam) meaning we could easily take steps to protect the surrounding environment. It was understood that we could only destroy the already unsafe portions of the bridge that needed to be rebuilt, and not the original stone pilings at either end, upon which a new bridge could one day be constructed (just as it had been after the original bridge was destroyed). That suited us just fine. We also had plans to offset any damage the very necessary demolition of the bridge might cause.

The people we spoke to were excited by the prospect of our bringing a large film production to Poland and the resources it would inject into the local economy (Poland has just released a new film incentive program, and wanted a known project to promote its film industry). They were also delighted that we’d be making way for a new bridge that might otherwise not be rebuilt, and might lead the government to revitalize the railroad line.

And Mission: Impossible (spoiler alert) would get to blow up part of a bridge. In the name of entertainment? Absolutely. And to the benefit of the Polish film industry, the local economy and with the greatest care to the surrounding environment.

But not everyone was happy.

One individual, for reasons I cannot specify without revealing their identity, claimed they were owed a job on the production for which we felt they were not adequately qualified.

When this individual’s demands were not met, they retaliated.

After harassing members of our production publicly and anonymously on social media, as well as privately, this individual misrepresented our intentions and concealed their personal reasons for wanting to penalize us. They even tried to have this condemned, unsafe and unusable bridge landmarked in the hopes of preventing it from ever being removed and rebuilt (which we understand would be to the detriment of the area’s economic needs). Then they reached out to us to gloat about it. In short, this individual manipulated the emotional response of the people in a move that has now compromised our ambitions to bring our production to Poland.

Mission: Impossible is and always has been a global franchise – one that takes great pride and pleasure in visiting other countries to celebrate other cultures (and, with everyone’s kind permission, occasionally make a bit of cinematic commotion). We would never under any circumstances dream of intentionally causing harm to the cultural or historical landmarks we visit, and take great pains to protect those landmarks we feature. To respect and celebrate the places we film is our prime directive. No one involved in the production asked for permission to destroy a historically significant landmark in Poland. In all sincerity, our only agenda is to tell an engaging story as authentically as we can and hopefully entertain the hell out of you. We still very much hope we can come to Poland, work with the good people there, and help in any way we can the local environment and economy.

Of course, we’re also happy to get rid of any condemned bridges that might be lying around. Waste not, want not, after all.

Obviously, these are all trivial concerns in the face of unprecedented events going on all around us. This is not an appeal to anyone for anything other than the chance to set the record straight. If you’ve read this far, I deeply appreciate you taking the time to consider our side of things, and am truly thankful to any and all who gave us the benefit of the doubt.

On behalf of everyone working on Mission: Impossible, I wish you all a safe and healthy future in these frightfully uncertain times.

The post No, ‘Mission: Impossible 7’ Will Not Be Blowing Up a Historical Bridge and Christopher McQuarrie Has a Very Long Explanation for It appeared first on /Film.