Shawn Ashmore is trading ice for fire with his new role in the second season of The Boys. Ashmore is joining The Boys season 2 cast as Lamplighter, an.. 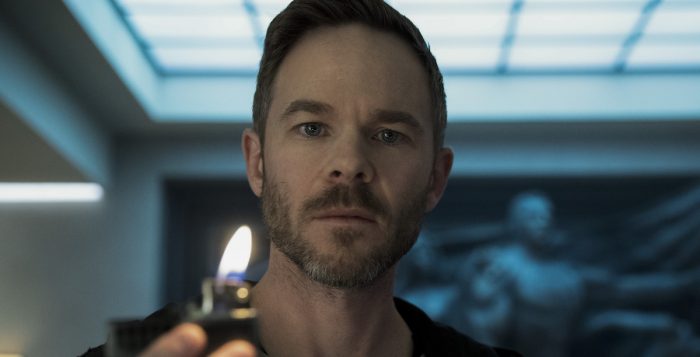 Shawn Ashmore is trading ice for fire with his new role in the second season of The Boys. Ashmore is joining The Boys season 2 cast as Lamplighter, an original member of the Seven, the show’s Justice League-esque team of famous, and secretly corrupt, superheroes. The X-Men alum is no stranger to the superhero genre, but he will be playing a character totally opposite to his superhero Iceman, trading ice powers for pyrokinesis.

Entertainment Weekly shared the news, and the first look, at Shawn Ashmore as Lamplighter in The Boys season 2. EW reports that Ashmore joins the season 2 cast as Lamplighter, an original member of the Seven, who was mentioned in season 1 as retiring under “mysterious circumstances,” leading to Starlight (Erin Moriarty) joining the team. But it looks like Lamplighter is back to answer our burning questions in season 2.

Lamplighter (whose name and look is a parody of Green Lantern) has the power of pyrokinesis, an ability which he had used to incinerate Mallory’s grandchildren, as she revealed to Billy Butcher last season. Lamplighter’s past ties directly into the Boys’ history and is the reason they initially broke up eight years ago, EW describes, adding, “So when he enters their lives again, he dredges up painful memories, pokes at their raw nerves, and changes everything.”

“We were thrilled that Shawn — who is, let’s be honest, an OG superhero — wanted to play the crucial part of Lamplighter,” showrunner Eric Kripke said in a statement. “He brings so much depth, menace, and world weary humanity to this former member of the Seven. And Shawn is a really good guy. We’re grateful to have him join our bloody little family.”

The first image of Ashmore in character shows him back in the Seven’s headquarters, holding a lighter — a fitting item for someone who can control fire, as well as a cheeky nod to Ashmore’s time in the X-Men franchise. In X-Men: The Last Stand, Ashmore’s Iceman was forced to face off with his former best friend Pyro, whose favorite thing to do was play with a lighter. Lamplighter has quite an ominous expression, perhaps preparing to incinerate yet another person.

The Boys season 2 premieres with its first three episodes September 4, 2020, with new episodes dropping every Friday.

The even more intense, more insane Season 2 finds The Boys on the run from the law, hunted by the Supes, and desperately trying to regroup and fight back against Vought. In hiding, Hughie (Jack Quaid), Mother’s Milk (Laz Alonso), Frenchie (Tomer Capon) and Kimiko (Karen Fukuhara) try to adjust to a new normal, with Butcher (Karl Urban) nowhere to be found. Meanwhile, Starlight (Erin Moriarty) must navigate her place in The Seven as Homelander (Antony Starr) sets his sights on taking complete control. His power is threatened with the addition of Stormfront (Aya Cash), a social media-savvy new Supe, who has an agenda of her own. On top of that, the Supervillain threat takes center stage and makes waves as Vought seeks to capitalize on the nation’s paranoia.