Vida star Melissa Barrera, who is set to make her Hollywood feature film debut with Jon M. Chu’s splashy adaptation of the hit Broadway musical In The.. 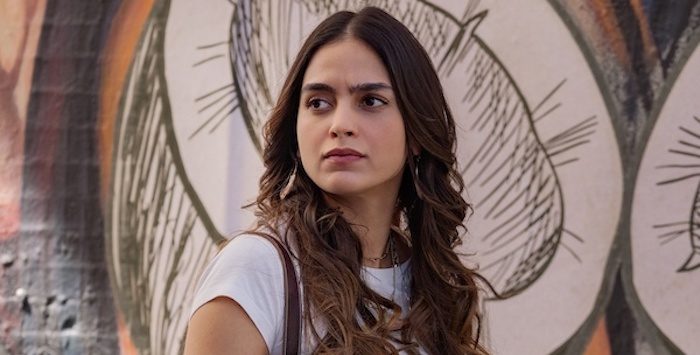 Vida star Melissa Barrera, who is set to make her Hollywood feature film debut with Jon M. Chu’s splashy adaptation of the hit Broadway musical In The Heights, is about get her scream on. Barrera has landed a key role in Scream 5, the upcoming relaunch of the horror franchise that will see the return of old favorites like Courtney Cox and David Arquette. Barrera will be the first new face of the Scream 5 cast, possibly making her one of the major lead characters of the franchise revival.

Deadline reports that Barrera has been cast in a key role in Scream 5, becoming the first new cast member announced in the Spyglass Media and Paramount relaunch of the horror series. Barrera will be joining legacy cast members Cox and Arquette, alongside potentially Neve Campbell, who revealed that she was in talks to join the movie back in May.

Barrera’s star is steadily rising, with the Mexican actress recently starring in the Warner Bros.’ movie adaptation of Lin-Manuel Miranda’s Tony-winning musical In the Heights, directed by Crazy Rich Asians director Jon M. Chu. Barrera plays the romantic interest to Anthony Ramos’ lead character, in a role that, once the film finally hits theaters in June 2021 following a coronavirus delay, is set to be her big Hollywood breakout role. But Barrera has been impressing on the small screen as well, starring in STARZ’s well-reviewed drama Vida, which just wrapped its third and final season. She’s soon set to star as the title character in the feature film Carmen, a modern-day reimagining of the classic opera that will mark the feature debut of Black Swan choreographer Benjamin Millepied.

Barrera’s casting in a major role in the Scream revival, which, if successful, could launch a whole new series of films with a brand new cast, means that we’re going to be seeing her on our screens a lot.

Scream 5 will be the first film in the franchise not directed by Wes Craven, who helmed all four films, starting with the original 1996 horror hit. The Scream series went on to gross more than $600 million at the global box office. Matt Bettinelli-Olpin and Tyler Gillett (the filmmaking group Radio Silence, behind Ready or Not and V/H/S) are set to direct Scream 5 from a script by James Vanderbilt (Murder Mystery) and Guy Busick (Ready or Not). The film is set to begin shooting in Wilmington, North Carolina, at the end of the year.

Next post ‘The Duchess’ Trailer: Comedian Katherine Ryan is Just Trying to Be a Decent F**king Mom