Even if you’ve never read Frank Herbert’s 1965 science fiction classic Dune, you likely know that it involves giant sandworms. The image of those colo..

Even if you’ve never read Frank Herbert’s 1965 science fiction classic Dune, you likely know that it involves giant sandworms. The image of those colossal beasts bursting out of the ground has transcended that story and spread across pop culture, referenced in films as varied as Star Wars, Tremors, and Beetlejuice. Now director Denis Villeneuve has created his own version of the alien creatures for his forthcoming movie adaptation. Empire Magazine has released a batch of Dune-related covers for its newest issue, and while two of them feature the cast in all of their sci-fi costume glory, one of them gives us our first look at Villeneuve’s vision for those huge Dune sandworms. Check out the covers below. 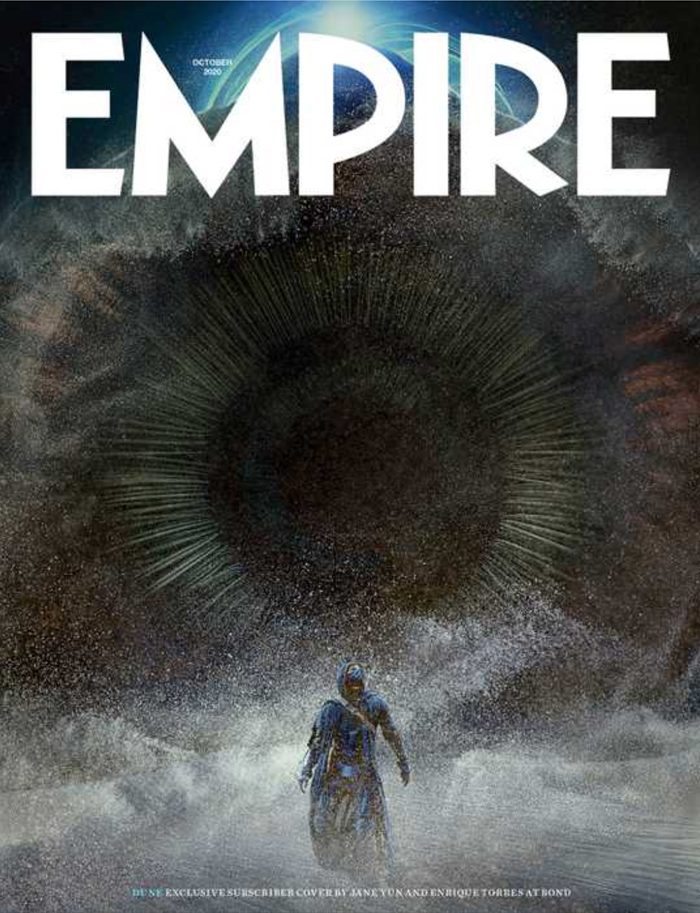 That’s Timothée Chalamet‘s Paul Atreides, the young protagonist of the story, staring down a massive worm in the desert of Arrakis, the planet they call home. In the world of Dune, the sandworms produce melange, a spice that is viewed as the most powerful substance in the entire galaxy. They are feared by city-dwellers and worshipped by indigenous tribes that live in the desert, and as Paul comes face to face with them over the course of the story, his understanding of them begins to change. 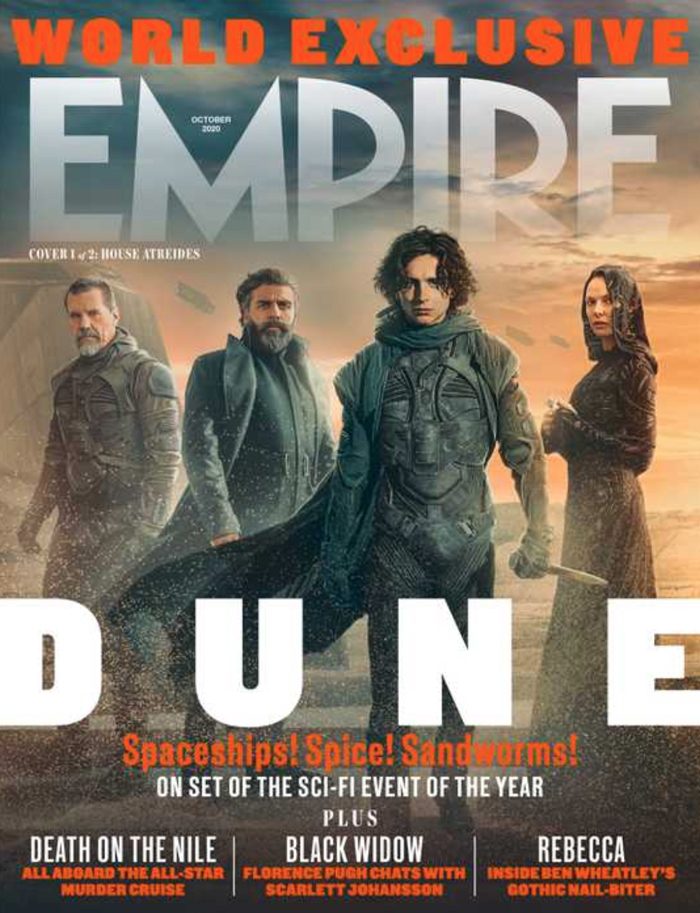 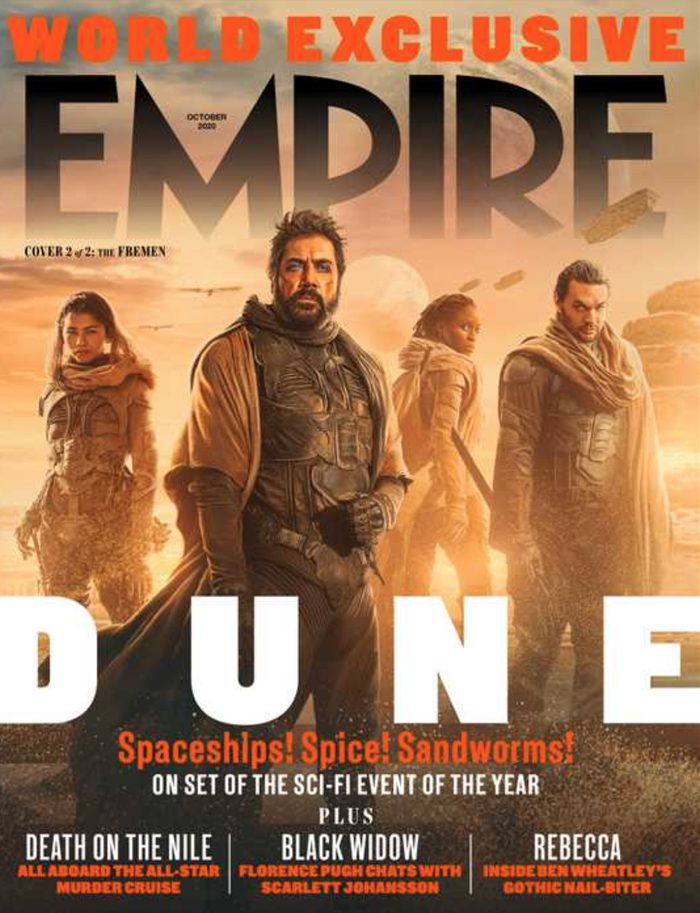 The other two covers are a bit more traditional, providing new looks at this movie’s incredible cast all suited up. We’ve seen several of these characters in images already, but this marks the first time we’re seeing Rebecca Ferguson‘s Lady Jessica, Paul’s mother and a member of a mysterious order of women known as the Bene Gesserit. Her character is married to Oscar Isaac‘s Duke Leto Atreides, the noble head of the Atreides household who is forced to move his family to the planet of Arrakis. Josh Brolin plays Gurney Halleck, one of Leto’s right-hand men; he’s a weapons master and a talented musician.

Next, there’s Javier Bardem as Stilgar, the leader of a tribe of Fremen, the desert-dwelling tribe who eventually cross paths with Paul. Zendaya plays Chani, a member of the tribe and a potential love interest for Paul. Sharon Duncan-Brewster plays Liet-Kynes, an “imperial planetologist” who serves as the bridge between cultures on Arrakis. And Jason Momoa plays Duncan Idaho, a warrior who fights for House Atreides. Why is he with the Fremen and not standing among his peers on the other cover? You’ll have to watch the movie and find out.