‘Planet Wax’ is a Cosmic Compilation of Sci-Fi/Fantasy Soundtracks, And an Epic Trip Down Memory Lane

If there is a perfect year for escapism, it’s 2020. Among the feelings of despair associated with the spiraling pitfall of a global pandemic, people a..

If there is a perfect year for escapism, it’s 2020. Among the feelings of despair associated with the spiraling pitfall of a global pandemic, people are craving comfort. One coping mechanism is to return to the simple pleasures in life that generate feelings of nostalgia. For many of us, film is a comfort and revisiting old movies from youth is a gratifying experience. And one of the defining features of a film is, of course, the music.

After a recent study of music’s effect on the brain, neuroradiologist Jonathan Burdette, M.D. states that “music is primal. It affects all of us, but in very personal, unique ways.” Writers Aaron Lupton and Jeff Szpirglas fully understand this fundamental notion and have compiled a new hardcover book spotlighting the most iconic sci-fi and fantasy film scores that have ever graced the screen (and our childhoods). 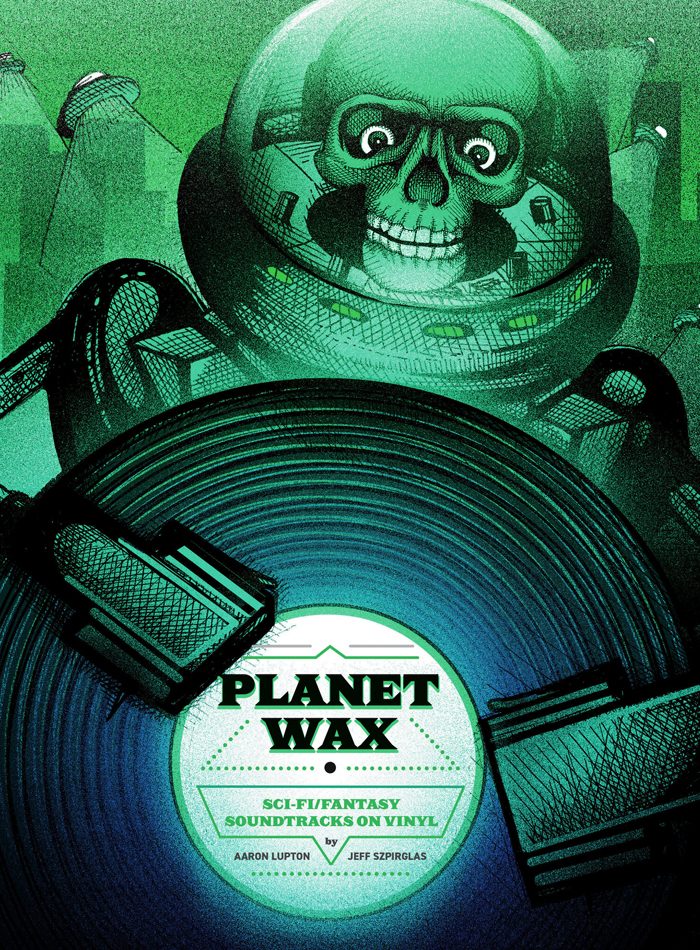 Planet Wax is divided into nine chapters and contains a personal foreword by Ant-Man composer Christophe Beck. The chapters are broken down into various subgenres: Epic Sci-fi, Adult Fantasy, Dark Dystopia, Action/Adventure, Pop, Family Features, Comic Book/Superheroes, Television, and Unidentified Objects. The intergalactic trip down memory lane will take readers to the far depths of franchises like Star Wars, Mad Max, and Indiana Jones, as well as revisit chance encounters with creatures from films like Labyrinth, Return to Oz, and Critters.

The book spans the time period of the ‘70s, ‘80s, and ‘90s, but does not enter the territory of the 2000s. In an interview with Lupton, he explains this decision was made to give the book a more direct message, mostly concerning nostalgia. “People’s appetite for nostalgia these days is insatiable,” Lupton says. “The ‘80s were a more innocent time, and the films of that decade were giving us a more optimistic view of the world where good usually triumphed over evil.” It’s this type of hope and imagination that led the authors to expand on the sci-fi genre scope and enter the fantasy realm. While there are several space operas included in the catalog, other adventure films such as The Goonies and The Neverending Story are mentioned because it is the kid’s idea of a fantasy which makes it uniquely special.

Additionally, classic television shows like The Addams Family, The Munsters, and Doctor Who are paired up in a chapter with The Twilight Zone and Unsolved Mysteries. Each show has their signature theme song cemented into the audience’s heads, but the authors’ commentary dives deeper into the tunes on the show, initial releases, and how the actors used the melodies to enhance their characters.

While vinyl has experienced a resurgence over the last few years with companies like Mondo, Waxwork, and Lakeshore producing horror scores, there is still a limited number of sci-fi and fantasy vinyl that have been reproduced. However, that does not mean the music is any less impactful. The roaring orchestra composition of John Williams’ Jurassic Park, and the synth score from Blade Runner composer Vangelis, and pop sounds of Queen for the Flash Gordon soundtrack all prove the genre’s versatility. Lupton explains, “There’s not exactly a market for this like there is for horror soundtracks, but maybe what we’re doing is creating a catalog of films that companies might want to put on vinyl. I’d really like to see that happen. For the most part, all the films we chose are very creative and imaginative that will lend themselves to a lot of colorful artwork that’s being done more in the horror genre than anywhere else. Fantasy lends itself to a lot of really amazing poster artwork. This book is 70% visuals, and if you don’t have good visuals, people won’t be intrigued by it. So, there is a lot of opportunity there.”

While the artwork is fantastic, the book’s interviews are extremely enjoyable as well. Brad Fiedel discusses the search for the perfect cybernetic sound palette for The Terminator and Terminator 2: Judgment Day as well as his collaboration on Fright Night with violinist Ross Levenson. Craig Safan discloses how he scores CGI scenes in The Last Starfighter, while David Newman explains how he navigated composing one of the first bromance movies on top of balancing pop songs of the late ‘80s with Bill & Ted’s Excellent Adventure. The heavy-hitters of the genre such as John Williams, Jerry Goldsmith and James Horner are mentioned throughout, but Planet Wax is also a nod to other composers that viewers may not be entirely familiar with. But their music is familiar, and it’s refreshing to see a broader compilation of composers getting recognition ranging from low-budget films to epic space operas with some of the biggest budgets in the business. If there is one critique for the book, it’s that the commentary and interviews are not longer. Just like a fantasy itself, you don’t want it to end. However, the formatting still works well and the content is insightful despite the limited space.

Blood on Black Wax is more of a rated-R book filled with guts and gore, whereas Planet Wax is filled with wonder and magic. It is also evident that a lot of heart went into its production. While interviewing Lupton, cooing and giggling sounds of his baby son were in the background, and Szpirglas specializes in writing children’s books. Both are well-versed in the imaginative qualities of what makes a fantasy film alluring and how these films appeal to both adults and children alike. In the hellscape that is 2020, music and movies transport us to a more enjoyable time. As Jonathan Burdette, M.D. states, “music isn’t going to cure anything, but it definitely can play a therapeutic role.” Finding solace in sound and celluloid is significantly important these days, and Planet Wax is a portal that will transport audiences to a better time, place, and feeling, all within its crisp, brightly colored pages.

The post ‘Planet Wax’ is a Cosmic Compilation of Sci-Fi/Fantasy Soundtracks, And an Epic Trip Down Memory Lane appeared first on /Film.

Previous post The Quarantine Stream: ‘Halloween Atmospheres’ Are Full of Tricks and Treats