‘The Mandalorian’ Season 2 First Look Photos: Baby Yoda and The Bounty Hunters Are Back

The second season of the live-action Star Wars series The Mandalorian will be arriving on Disney+ in October. Fans are getting hungry for the first tr..

The second season of the live-action Star Wars series The Mandalorian will be arriving on Disney+ in October. Fans are getting hungry for the first trailer from the series, but in the meantime, a batch of first look photos and executive producers Jon Favreau and Dave Filoni have teased some new details about what to expect from the new episodes of The Mandalorian. 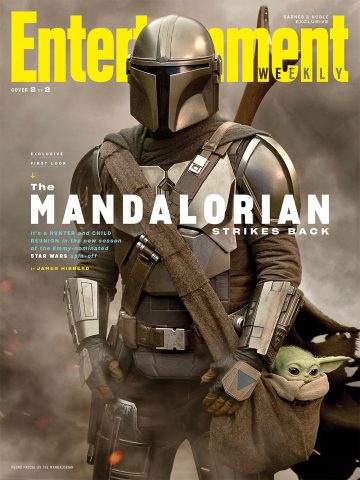 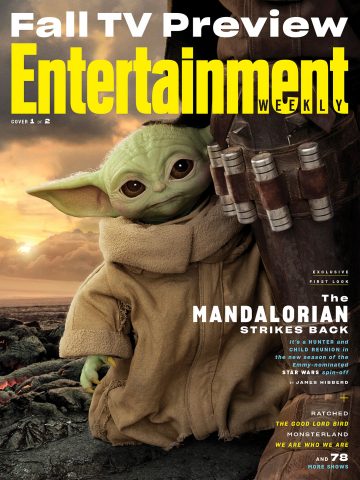 Entertainment Weekly‘s latest cover story focuses on The Mandalorian season 2 first look photos. That includes two different cover photos, one featuring the titular character (played by Pedro Pascal), and the other with his adorable little bounty known as The Child, though everyone has stuck with calling it Baby Yoda for the time being. That’s likely to change whenever we learn the creature’s name or at least the name of the rare alien species that the child and Jedi Master Yoda come from.

Before getting to The Mandalorian season 2 details, Jon Favreau and Dave Filoni looked back on what made the first season work so well. A lot of it had to do with keeping things simple. Filoni said:

“Quite simply: We didn’t overthink things. George [Lucas] started with these very iconic characters whose relationships are very clear, and then introduced what’s at stake — for us, the [fate of] the Child. An audience tends to enjoy a story by sticking to tropes and characters they understand — like a gunslinger in the Old West. So it was a clear story and a fun adventure even if you’ve never seen anything [in the Star Wars universe].”

Favreau broke down how the two work together to craft something that feels refreshing without falling outside of the spirit and style of Star Wars, something that was also explained in the behind-the-scenes documentary series Disney Gallery: The Mandalorian. The executive producer explained:

“I’ll come up with ideas and sometimes Dave will say, ‘You can’t do this in Star Wars.’ Then I’ll cite examples from the movies, or Clone Wars, to try to use as a justification. I’m like a lawyer talking to a judge; I am to him as he was to George. I won’t do anything without Dave’s approval. And to his credit, he understands that Stars Wars needs to be fun and ever-evolving.” 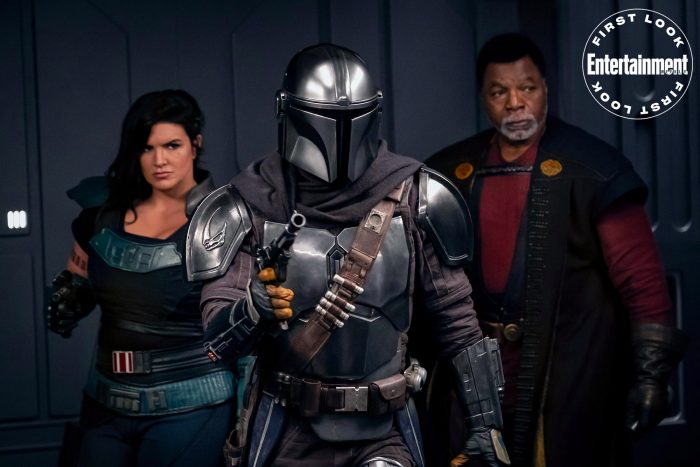 Expanding the World of The Mandalorian

But the first season of The Mandalorian is so last year. The second season was just recently announced to begin on October 30, and it sounds like it will be expand the world and scope of the series in a variety of ways. Favreau says, “The new season is about introducing a larger story in the world.” Meanwhile, Filoni elaborated a bit more:

“The stories become less isolated, yet each episode has its own flavor, and hopefully we’re bringing a lot more scope to the show. Everything gets bigger, the stakes get higher, but also the personal story between the Child and the Mandalorian develops in a way I think people will enjoy.”

However, even though the show is called The Mandalorian, the stories won’t always exclusively follow the bounty hunter whose real name is Din Djarin. Favreau compared the evolution of the series to another massively popular TV show:

Perhaps that means we’ll see episodes that follow Cara Dune (Gina Carano), a former Rebel Shock Trooper who was recruited to help Mando and ended up becoming a valuable ally. Though Carano couldn’t give up anything specific about Cara Dune’s part in the second season, she did note, “I have no question fans are going to like this season even more — everything’s in there. If you’re a Star Wars fan, you’re going to get to see things you’ve always wanted to see.”

The same could happen to Greef Karga, the bounty hunter guild chief played by Carl Weathers, a character who clearly knows how to survive by any means necessary, even if it means betraying one of the best bounty hunters in the galaxy. Weathers himself confirms as much by saying Karga is attempting to be a little “more legitimate” in his bounty hunter exploits, but he’s also “not sure there isn’t something in the back of his mind that isn’t more self-involved.”

Plus, let’s not forget that Rosario Dawson is supposed to enter the fray as Ahsoka Tano, and she’ll be joined by Temuera Morrison, who is said to be playing bounty hunter Boba Fett (after playing Jango Fett in the Star Wars prequel trilogy) and may also be reprising his role as one of the many versions of Clone Troopers from Star Wars: Attack of the Clones and The Clone Wars animated series. Plus, Katee Sackhoff (Battlestar Galactica) is playing another Clone Wars character in the form of Bo-Katan Kryze. 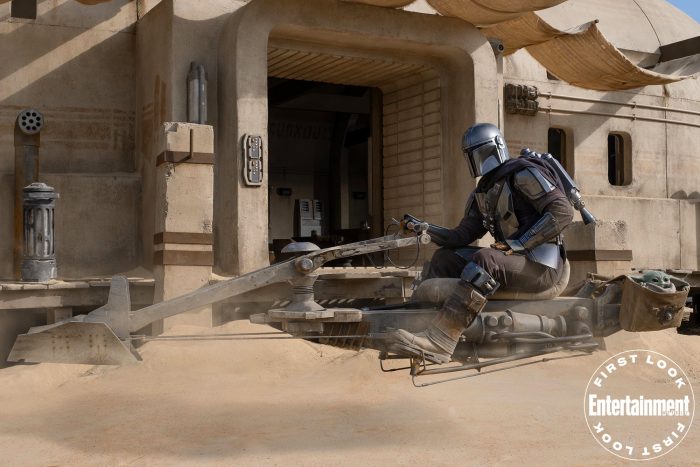 Mando Is Heading into Dangerous Territory

The second season will begin with a premiere episode directed by Jon Favreau, his first time getting behind the camera as a director for the Star Wars series. Pedro Pascal says the story picks up pretty much immediately after the events of the first season, and Mando is “going into very dangerous territory.” Pascal added:

“He is very much a passenger to the experience in unexpected ways — not knowing what’s to come, not knowing how much or how best to protect the Child. We don’t know how far he will go to do that, and they’re finding new ways to push the envelope.”

A big part of the season will be Mando coming to terms with what he wants. Pascal says that it’s not an easy question to answer.

There will be plenty of time to figure it out, because this season will again have eight episodes, each with varying runtimes. Hopefully that means much more will be revealed about Baby Yoda instead the character only being a cute McGuffin. The character has become so beloved since his debut that the little creature was prominently featured on the show’s crew gear, as revealed by Industrial Light & Magic’s Hal Hickel.

Moff Gideon Has a Bigger Part to Play

One character from the first season who may help shed some light on the mystery of The Child is Moff Gideon, a galactic empire officer who now roams the galaxy with his own army of Stormtroopers, including some Death Troopers. Giancarlo Esposito plays the intimidating villain who made quite the debut in the first season finale last year, and he’s in hot pursuit of The Child. But he has to go through Mando first.

Even though there’s no battle between the light and dark side of the Force, that doesn’t mean The Mandalorian won’t be tempted by the villainous side of the Star Wars universe. Esposito teased:

“I’ll be going toe-to-toe with Mando. It’s an iconic battle. I want to disarm him mentally as well. Who knows? Maybe there’s an opportunity to get him to fight some battles for me. You may think I’m a villain, but I’m trying to harness some energy and some powers for a path that could be best for all. You’ll get to see him be somewhat diplomatic and more of a manipulator.”

Esposito also teased the presence of a larger vehicle that Moff Gideon is in command of, which means we could see the return of Star Destroyers or maybe a new ship altogether. But perhaps most interestingly, the actor says that Gideon will be spending some one-on-one time with The Child. He better not hurt that kid, because it didn’t work out so well for Jason Sudeikis when he punched Baby Yoda in the first season finale as one of Gideon’s Stormtroopers. 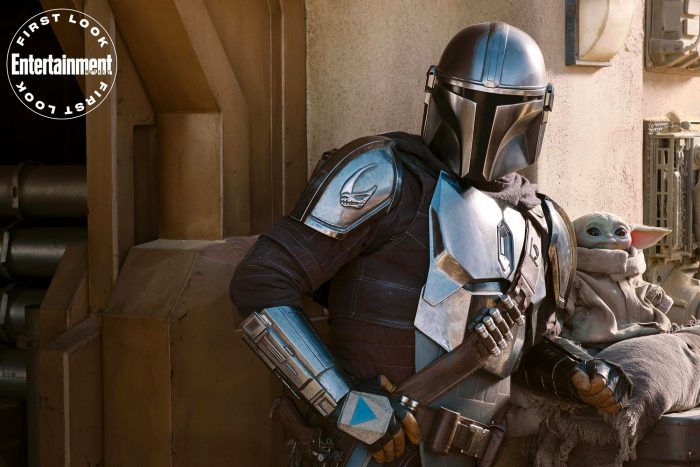 The Mandalorian returns to Disney+ starting on October 30, 2020. Head over to Entertainment Weekly for a couple more photos from the second season and a little bit more about the series.

The post ‘The Mandalorian’ Season 2 First Look Photos: Baby Yoda and The Bounty Hunters Are Back appeared first on /Film.