Hugh Grant and Josh Hartnett are set to join the cast of the new Guy Ritchie spy thriller formerly titled Five Eyes. This reunites Grant with his Man .. 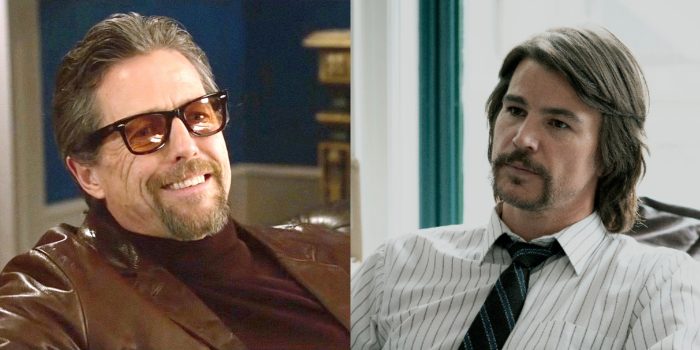 Hugh Grant and Josh Hartnett are set to join the cast of the new Guy Ritchie spy thriller formerly titled Five Eyes. This reunites Grant with his Man From U.N.C.L.E. and The Gentlemen director, and brings Hartnett back into the Ritchie fold after they collaborated on the upcoming action thriller Wrath of Man.

Deadline reports that Grant and Hartnett are in talks to board the temporarily untitled Miramax/STX spy thiller formerly known as Five Eyes, joining the cast that already includes Jason Statham, Aubrey Plaza, and Cary Elwes.

Grant is old-hat with the Ritchie universe, having starred in the filmmaker’s 2015 spy caper The Man From U.N.C.L.E. and the 2019 gangster flick The Gentlemen. But Hartnett is a fairly new addition, having worked with Ritchie in the upcoming Wrath of Man, which is due to hit theaters this year. But neither of them have been around this block as long as Statham, for whom this new untitled thriller will be his fifth collaboration with Ritchie (the most recent being the still-unreleased Wrath of Man).

Statham stars in the spy thriller as Fortune, an MI6 guns-and-steel agent who is recruited by a global intelligence agency to track down and stop the sale of a deadly new weapons technology that threatens to disrupt the world order. Reluctantly paired with CIA high-tech expert, Fortune sets off on a globe-trotting mission where he will have to use all of his charm, ingenuity and stealth to track down and infiltrate billionaire arms broker. The movie is being shot in Qatar and Turkey.

Hartnett is set to take the role opposite Statham, which will supposedly be the “CIA high-tech expert” who pairs up with Fortune to “track down and infiltrate billionaire arms broker.” It’s not yet confirmed what role Grant will take, though considering his penchant for taking the supporting (but still scene-stealing) roles in Ritchie’s films, it likely won’t be as major a part as Hartnett. Though, considering his recent pivot to villainous character actor with raves for his roles in Paddington 2, The Gentlemen, and HBO’s The Undoing, we can probably expect it to be another scenery-chewer.

The script hails from writers Ivan Atkinson and Marn Davies, who wrote Ritchie’s recent movie The Gentlemen as well as Wrath of Man, with revisions from Ritchie. Ritchie directs and produces the film, with Atkinson also producing. Bill Block is producing for Miramax, which is also fully financing the film, and STX acquired worldwide rights and will distribute directly in the U.S., U.K. and Ireland, and internationally.