David Lowery’s The Green Knight, releasing in U.S. theaters today, may be receiving all the attention as the most exciting and downright weirdest disp.. 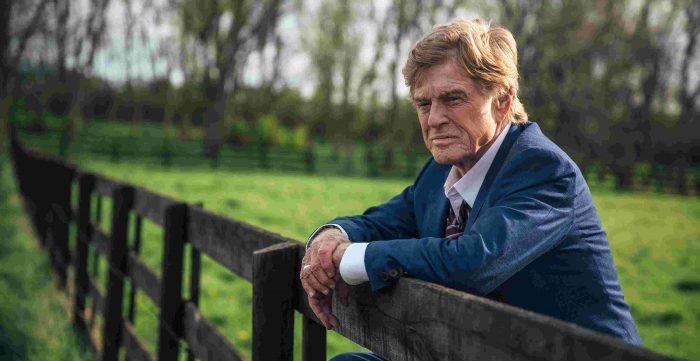 David Lowery’s The Green Knight, releasing in U.S. theaters today, may be receiving all the attention as the most exciting and downright weirdest display of all the filmmaker’s particular sensibilities…but what about his previous movie?

Originally billed as legendary actor Robert Redford’s swan song before retirement (until Marvel and the Russo brothers came calling for one last Avengers: Endgame cameo, that is), The Old Man & the Gun relies on the same slow-burn, low-stakes charm as most of Lowery’s films. It’s reflected in Redford’s Forrest Tucker, an elderly career criminal, increasingly ruminating on the choices he made in life and the reputation he might leave behind. He pulls off bank robbery after bank robbery in the 1980s Midwest through little more than a hidden gun, his three-man crew, and — most of all — his unusual gentlemanly charm. He uses this charm to woo an intriguing woman he meets, Jewel (Sissy Spacek), while evading law enforcement.

For a story (based on a New Yorker article) so concerned with questions of legacy and chivalry, is it that much of a surprise that Lowery would then choose a retelling of Arthurian legend as his very next project?

In The Old Man & the Gun, Lowery represents these issues through reserved moments of conversation and reflection rather than heightened fantasy. The gentle pans of the camera and the focus on establishing a character’s minor place within a larger setting further hints at a laid-back film that prioritizes mood and atmosphere over intense heist sequences or shootouts. In fact, the biggest and most dangerous action scene in the story is completely skipped over from one scene to the next, leaving viewers to catch up on the aftermath of a violent robbery attempt through the eyes of the police detective chasing Forrest and his “Over the Hill Gang,” John Hunt (Casey Affleck).

Far more priority is given to, say, a porch-side discussion between Forrest and Jewel about staying put (both metaphorically and literally) and settling down versus constantly seeking out the next best thing on the horizon. Or an exhausting day of police work culminating in Hunt dancing with his wife Maureen (Tika Sumpter) in their living room and then going out for a late night date…where he comes face-to-face with Forrest in a wry, but charged, meeting.

These choices on Lowery’s part are intentional and meaningful, emphasizing the human connection between the characters as they weigh their own priorities. 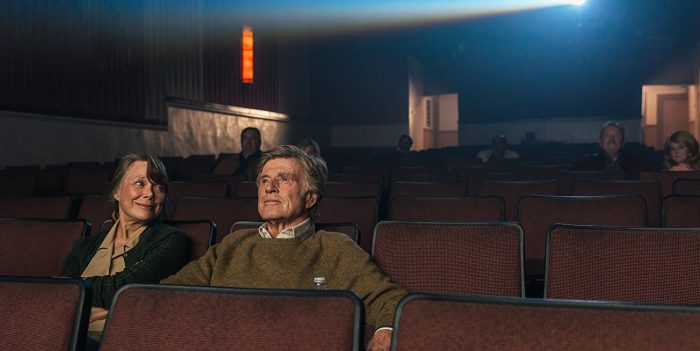 Caught Betwixt and Between

Forrest is trapped between his almost compulsive need to steal and his genuine affection for Jewel, perfectly visualized through an innocuous trip to (where else?) a jewelry store. While trying on a bracelet with the employee’s back turned, Forrest gently steers his date out of the store as the thrill of their theft briefly flickers on Spacek’s face. She soon comes to her senses and good-naturedly forces him to pay for the item, acting almost like an angel on the bank robber’s shoulder. She has her doubts about the mysterious man (who all but owned up to his criminal past on their very first meeting), especially when she spies his trusty gun in the glove compartment of his car. But something compels her to stay with him anyway.

Hunt, meanwhile, has just turned 40 and seems to be second-guessing whatever drive for policework that he used to have. He still doggedly puts the pieces together that implicate Forrest Tucker and his accomplices in a multi-state string of bank thefts, even going so far as California to track down his now-adult daughter (featuring a brief but strong appearance by Elisabeth Moss) who Tucker has no idea even exists. But the reveal of Tucker’s identity as the ringleader of the gang doesn’t lead to Hunt initiating a statewide manhunt and kicking down doors…but to that aforementioned date night with his wife instead. Work finally takes a backseat to family. When the case gains enough traction to be taken off Hunt’s hands by the feds, it’s Hunt’s daughter Abilene (Ari Elizabeth Johnson) who provides the most succinct description of the detective’s motivations: “If you caught him, you wouldn’t get to chase him anymore.”

The Old Man & the Gun feels like David Lowery taking the earnestness and warmth from his 2016 remake of Pete’s Dragon, the existentialist ruminations on age and mortality from A Ghost Story, and even what may turn out to be a similarly dreamlike tone in The Green Knight to craft this story that just might be a perfect synthesis of many of the filmmaker’s ongoing interests.