By now, it’s no big secret that Mark Hamill made an appearance in season 2 of The Mandalorian. What we didn’t know was the extent to which @HamillHims.. 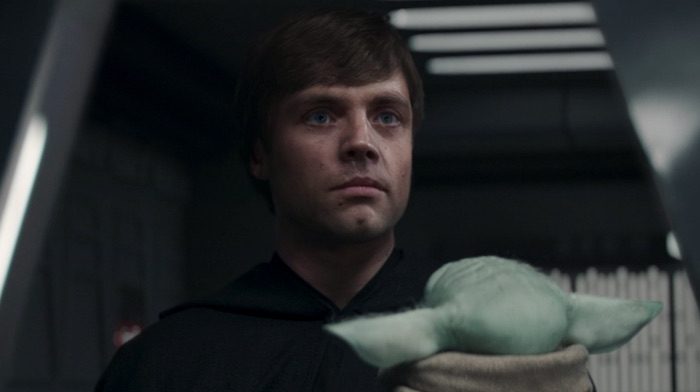 By now, it’s no big secret that Mark Hamill made an appearance in season 2 of The Mandalorian. What we didn’t know was the extent to which @HamillHimself (as his Twitter handle reads) was involved in the filming of that scene in which Disney doubled down on the digital de-aging of actors from the original Star Wars trilogy. The magic moment was preceded by some heavy lightsaber action that used a body double to portray Luke.

However, in a new official video released to showcase upcoming Disney+ releases, they’ve given us a peek at the real Hamill holding Grogu (unofficially memeified as “Baby Yoda”) on set in an episode of the returning documentary series Disney Gallery: The Mandalorian.

On the Disney+ YouTube channel (via Heroic Hollywood), Hamill shows up around the 0:55 mark in a video teasing what’s coming to the streaming service in August. To be clear, this is behind-the-scenes footage from The Mandalorian season 2, which hit Disney+ last December. Based on the video, it looks like said footage will appear in season 2, episode 2, of Disney Gallery: The Mandalorian, which is due to arrive on August 25.

Hamill is holding the Grogu animatronic and he’s only onscreen for a few seconds before it transitions to Alfonso Ribeiro from The Fresh Prince of Bel-Air, hosting America’s Funniest Home Videos: Animal Edition.

Come for the Hamill, stay for the Ribeiro? What’s funny is that there’s a crew member kneeling on the floor in front of Luke and R2-D2, as if he was so overcome by the sight of Hamill in his black Jedi robes that he just had to prostrate himself and worship. We’ve taken a screenshot below so you can see the moment in question. 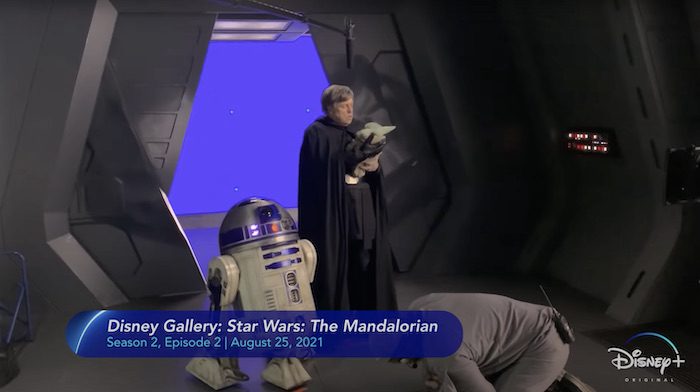 Let the Past Live?

Speaking of Star Wars on YouTube, The Mandalorian recently made headlines when Industrial Light & Magic hired the deepfake expert who came up with a better de-aged Luke than the one in the show. This is why they say “Deepfake it till you make it.”

Over the weekend, The Last Jedi also started trending on Twitter again, seemingly at random, after someone tweeted about the importance of the sacred Jedi texts (or lack thereof) in Rian Johnson’s polarizing 2017 film. It stirred up debate yet again about a movie that is now almost four years old.

In The Last Jedi, Kylo Ren famously said, “Let the past die. Kill it, if you have to.” This seemed to encapsulate Johnson’s ethos: that, to move forward, Star Wars shouldn’t always be beholden to nostalgia and the Skywalkers. Some people responded to that; others didn’t. Fans who weren’t on board with it may have been pleased with the nostalgia-dripped Luke ex machina in the finale of The Mandalorian season 2. If so, they’re likely to be just as pleased seeing that Hamill was there on set acting the part of Luke himself.