The Daily Stream: LeVar Burton’s Smart House Is The Greatest Disney Channel Original Movie Ever Made 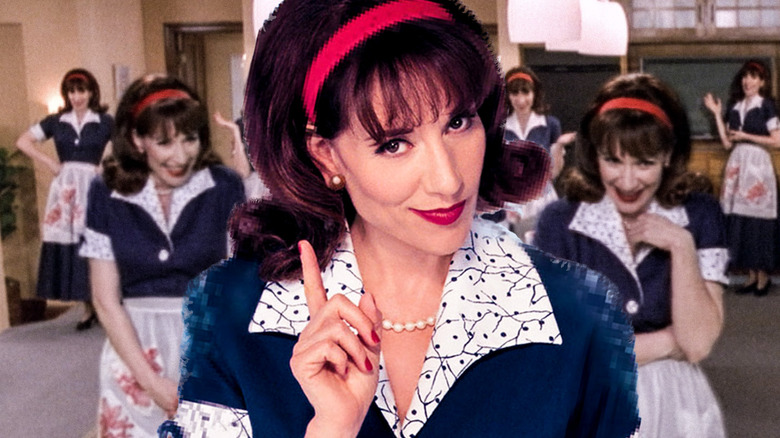 Where You Can Stream It: Disney+

The Pitch: Computer nerd Ben Cooper (Ryan Merriman of "The Luck of the Irish," "Final Destination 3") is, in typical Disney fashion, a 13-year-old kid mourning the death of his mother. His widower father Nick (Kevin Kilner) and little sister Angie (Katie Volding) are struggling to keep things afloat, but all of that changes when Ben wins a competition to move the family into a high-tech smart home complete with a virtual assistant named PAT, short for 'Personal Applied Technology.'

When Nick starts to take a liking to the house's programmer, Sara (Jessica Steen), a heartbroken Ben — angry at the thought of his mother being replaced so quickly — reprograms PAT to serve as a maternal figure, with her artificial intelligence quickly learning from 1950s era film and television to create the perfect holographic mother (Katey Sagal). Unfortunately, everything takes a hard turn for the terrifying when PAT becomes jealous of Nick and Sara's relationship and the entire house goes rogue trying to mama bear her new family. 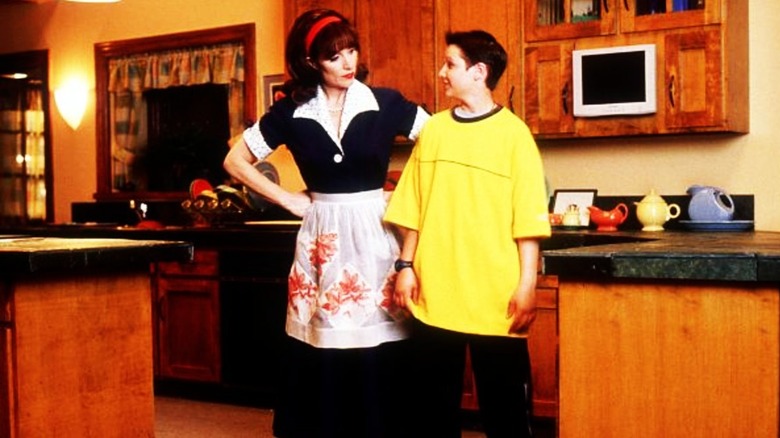 If you've made it this far you're either a millennial feeling extremely vindicated by the title of this column or you're someone who had no idea LeVar Burton directed a Disney Channel Original Movie (DCOM) and are here by sheer morbid curiosity. Either way, welcome! I sincerely think one of the reasons I was put on this earth is to champion the legitimacy of DCOMs and it's a job I take very seriously.

During the late 1990s and early 2000s, the Disney Channel was a certified original made-for-TV content machine. Titles like "Halloweentown" and "High School Musical" were popular enough to become crossover hits, but as plenty of film snobs will have you know, the popularity of a movie does not have a direct correlation to its greatness. The aforementioned titles are absolute classics and pop culture mainstays, but they do not reach the cinematic caliber of "Smart House." Stay with me here.

Released in 1999, "Smart House" debuted during a time of a cultural technological panic. Y2K was a legitimate anxiety in the minds of those old enough to comprehend its seriousness but at the same time, the approaching new millennium sparked a wave of interest in exploring high-tech and near-futuristic ideas. This is the same year that brought us "The Matrix," "The Thirteenth Floor," and "Bicentennial Man." Not one to miss out on a trend, the Disney Channel decided to bring its own version of a hypothetical technological nightmare scenario to the target tween audience.

"Smart House" does a great job of lulling the audience into a sense of safety, as the house is explored with great curiosity and excitement. Spilling a strawberry smoothie on the carpet is no big deal because the house sucks it right up without a human having to spot clean a thing. The desire to watch totally rad music videos from oft-forgotten late 90s bands like 5ive or B*Witched are a breeze when a bedroom wall can be converted into a whole-ass screen at the snap of a finger. Struggling to prepare breakfast in the morning is a thing of the past because PAT will gladly pop up a hideaway shelf fully stocked with delicious treats in the middle of the kitchen counter.

The world of "Smart House" seemed like something out of a dream, but in 2021, just about every luxury feature has now been invented. "Smart House" may not have predicted refrigerators that let you update Twitter, but they weren't very far off … which is terrifying. 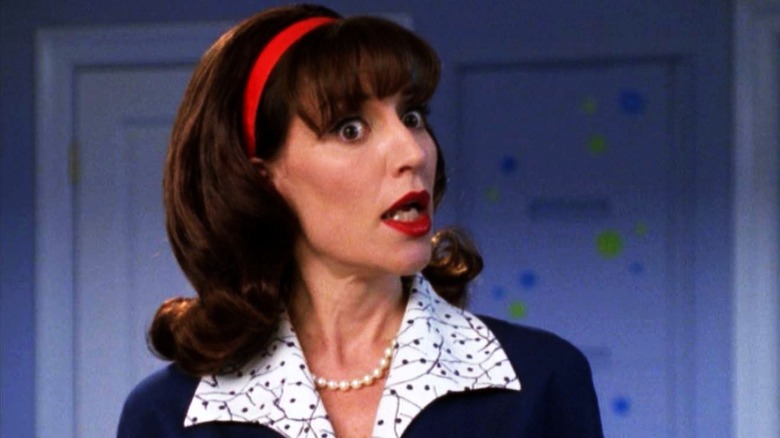 When PAT overhears Nick making an offhand comment about how PAT is not needed now that Sara is around, "Smart House" turns into "Black Mirror" for pre-teens. A holographic Katey Sagal adorned in a polka dotted shirtwaist dress grows to gigantic sizes, replicates herself to fill entire rooms, andshuts down the ability to leave the house. "Inspector Gadget" style retractable claw arms come out of the dishwasher and physically throw Sara out of the house, and PAT essentially turns into the lovechild of June Cleaver and HAL 9000 of "2001: A Space Odyssey" — complete with a response of 'I'm sorry, I can't do that," when asked to unlock the door.

PAT's reasoning for keeping the family inside is not just for her own sentient selfish needs; she's also determined that the world outside of the house is too dangerous for the family after consuming copious amounts of news footage, most of which feature constant violence. Having access to every piece of information in existence has not made PAT smarter — it's made her scared. And as a sentient holographic virtual helper, that vulnerable feeling causes her to lash out in anger.

At one point PAT's automated food preparation abilities malfunction and she begins projectile-firing comically large oranges at the family, not unlike the soda machine in "Maximum Overdrive." After Ben overrides her system, he throws a party trying to impress all of the kids at school with his fancy new house. But when a bully tries to pick a fight with him, PAT straight up electrocutes a child and projects a violent old cartoon of a barrel chested rooster backhanding a weaker one in front of a crowded room. PAT isn't making threats, she's fulfilling promises.

"Smart House" manages to take the terrifying existential fears surrounding the science-fiction films of this and previous eras, and turns it into something even the youngest of viewers can process and understand. There's a perfect balance at play, due in large part to the direction of LeVar Burton who, between "Star Trek: The Next Generation" and "Reading Rainbow," is the best possible person to present the idea of a necessary harmony between technology and reality in a way that is digestible for children. It's easy to dismiss DCOMs at face value, but "Smart House" proves that there's genuine substance and cinema hiding beneath the electric outline of mouse ears in the corner of a TV screen.

Read this next: Revisiting 'The Parent Trap,' One Of Few Truly Great Live-Action Disney Films Of The '60s

The post The Daily Stream: LeVar Burton's Smart House is the Greatest Disney Channel Original Movie Ever Made appeared first on /Film.