Watch Kathryn Bigelow Direct A Scene With The New iPhone

The release of the latest iPhone has been accompanied by the usual fanfare; Apple always does a dramatic rollout for its new product, and the iPhone 1.. 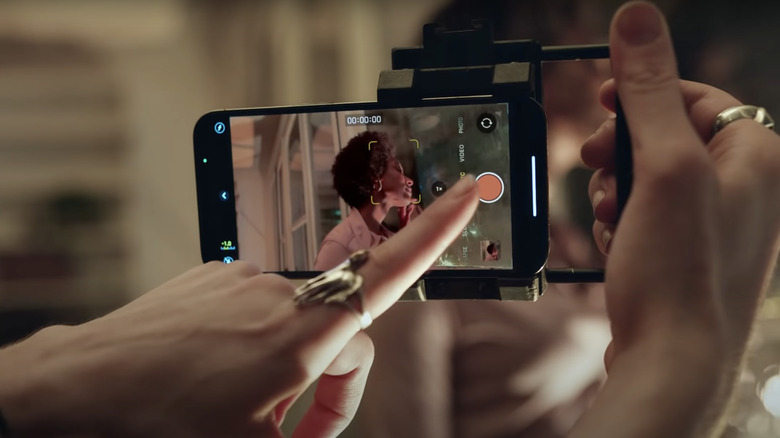 The release of the latest iPhone has been accompanied by the usual fanfare; Apple always does a dramatic rollout for its new product, and the iPhone 13 is no exception. This time, the company has enlisted a couple of filmmakers, who are no stranger to doing dramatizations, to help model the moviemaking possibilities of the iPhone 13.

A new video shows Kathryn Bigelow, the Oscar-winning director of "The Hurt Locker," and Greig Fraser, the Oscar-nominated cinematographer of "Lion," using the iPhone 13 to shoot scenes in a variety of different film genres. They're there on the ground, filming a Western, a war movie, a sci-fi horror chase, an action fight in a hallway, and a romantic drama. Only instead of lugging around big pieces of camera equipment, they're using an iPhone 13, which they say could "change the language of cinema in a very positive way."

It was in 2010, the year of the iPhone 4, that Bigelow became the first woman to win the Academy Award for Best Director. Since then, we've seen whole films shot on an iPhone, like Steven Soderbergh's "Unsane." The iPhone 13, however, has a new Cinematic mode that will enable users to fiddle with focus and shoot in ProRes.

Check out the video below.

In the video, Bigelow — who filmed skydiving in "Point Break" — talks about "parachuting in" and doing a deep dive with the new iPhone. She calls it "malleable" and says, "With so much accessibility, I think all pretension tends to disappear, and so it makes the set and the filming process much less apprehensive."

"There was no limitations," Fraser adds, "to what I could do with this particular camera, whereas normally, everybody gets so precious about a camera and a lens."

Two years ago, the release of the iPhone 11, with its new three-lens design, triggered trypophobia — the fear of small holes, clustered together like spaces in a honeycomb — in some people. But the standard iPhone 13 appears to only have two lenses, so if you want that third one, you'll have to pony up some extra cash for the iPhone 13 Pro.

That's what Fraser appears to be using in the above video. Incidentally, you may recognize Fraser's voice from the Team Deakins podcast. He's appeared on it more than once with fellow cinematographer Roger Deakins and his wife and collaborator, James Deakins.

As /Film's own Ben Pearson noted, the Team Deakins podcast is like a free audio version of film school. If you can't afford film school but you can afford an iPhone, maybe the above video will inspire you to get out there and start making your movie.

Read this next: Watch: 'The Farewell' Director Lulu Wang Shot A New Short Film On An iPhone And You Can Watch It Now

The post Watch Kathryn Bigelow Direct a Scene with the New iPhone appeared first on /Film.