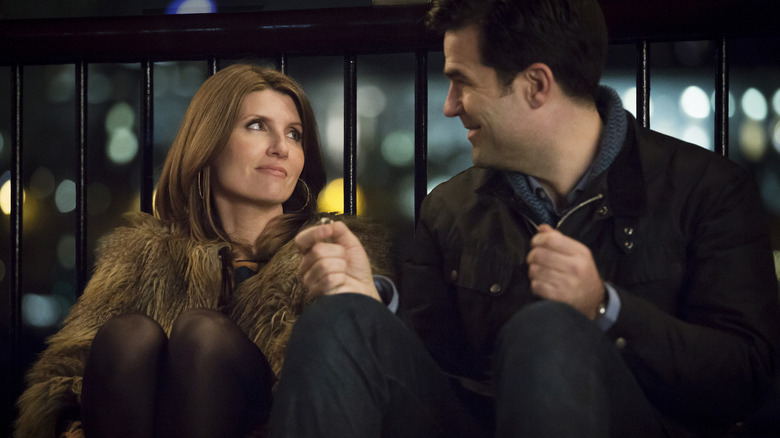 Where You Can Stream It: Amazon Prime

The Pitch: An American ad-man walks into a bar and flirts with an Irish schoolteacher, leading to a six-day fling. The punchline? A few weeks later, she finds out she's pregnant. Thus begins the messy, consistently disastrous, occasionally despicable, and somehow still heartwarming love story of Rob (Rob Delaney) and Sharon (Sharon Horgan). This 12-hour, 24 episode journey is darkly hilarious and painfully honest, as the two transform their meet-cute into lasting love. 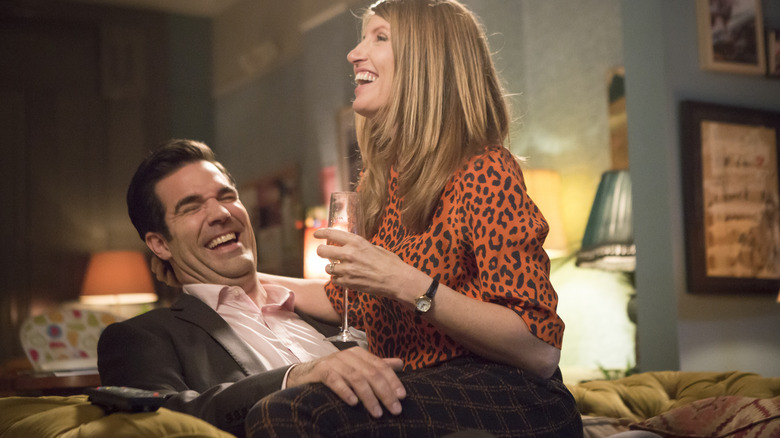 In "Catastrophe," life is equal parts absurd and awful. One day, you're having casual sex in a hotel room, and the next thing you know you're trying on a piss-stained wedding ring. Sharon and Rob are the poster children for stumbling into a relationship — their courtship devolves into commitment chaos before they've even learned each other's last names. The magic of the show is best summed up by Sharon herself, who says: "If a normal courtship is a dance, then ours is like a heart attack or seizure or something."

This show thrives on the best-kept secret of life: sh*t just happens sometimes. The sooner we welcome the unexpected into our reality, the quicker we can move forward. At a certain point, it's all we can do to see the chaos through, which is exactly what this dysfunctional couple does.

This isn't to say their relationship is one completely made of circumstance. While fate and an unexpected pregnancy are the catalysts, love keeps these two together. Scratch all the fluffy, rose-tinted romanticism we're used to; Rob and Sharon's love is a tad dingier. Not to mention plagued by reality. The amount they go through in the series, which only spans a few years of their relationship, ranges from a pregnancy fraught with health problems to a drunken car crash and the sharp devastation of family deaths.

All that's in addition to the way these two so effectively drive each other mad.

They routinely clash, bringing out the worst in each other the way that only loved ones can. Rob's demeanor is on the very edge of happy-go-lucky, exuding jovial energy with his dopey eyes and broad smile. But that fizzles under the weight of his angriest moments, when he hurls harsh, cruel words at his partner. Sharon, alternately, is all jagged edges, flitting from joking jabs to firm irritation in a matter of seconds. Scenes that begin with swooning romance devolve into palpable resentment so quickly you struggle to pinpoint where it all went wrong. But even when they're at their worst, the love persists. Ever the charmer, Rob makes stunning love declarations that assure his wife of his dedication, like the time he said, "Even if I wanted to kill you, I wouldn't kill you. Or have you killed."

The easy rapport between Horgan and Delaney will inevitably lead you to wonder if their marriage carries over into real life, which is a fair assumption, given they share names with their fictional counterparts. But the authenticity in every interaction comes from the fact that Horgan and Delaney double as co-creators and writers of the series, which is broadly based on their real-life experiences dating other people. Every conflict the characters encounter is so deeply rooted in honesty that even when you're wincing at harsh words or tearing up at terrible circumstances, you're always a second away from laughing through the tears.

The supporting cast brings their all, too: the show stars Carrie Fisher! She pops in now and again as Rob's kooky, hermit mother, injecting herself into their lives (to the annoyance of literally everyone around her). Mark Bonnar and Ashley Jensen play Chris and Fran, friends of Sharon's that she isn't too thrilled to know but never quite shakes off. Daniel Lapaine stars as Dave, who I can best describe as a bizzaro-world Barney Stinson, an unhinged American lunatic but one of Rob's very few friends. Plus, Phil Dunster has a small role in a later season, worth mentioning because it's hilariously reminiscent of his Ted Lasso character Jamie Tartt.

"Catastrophe" is part of the recent trend of no-bullsh*t romance stories, similar to "You're The Worst" and "Breeders" for its dark humor and gritty examination of love. At the same time, it will easily fit into your rotation of rewatchable tv sitcoms, sharper than "Friends," and darker than "New Girl" but somehow just as comforting. The series never shies away from the bitterest, angriest notes of its characters because, ultimately, they don't have it anymore figured out than the rest of us.

With Sharon and Rob, just because things happen to be working out in the moment doesn't mean another few minutes won't blow it all up. And even if it does, another step forward and the worst is in the past.

Read this next: The Daily Stream: LeVar Burton's Smart House Is The Greatest Disney Channel Original Movie Ever Made

The post The Daily Stream: Catastrophe Laughs At The Worst Parts of Life appeared first on /Film.