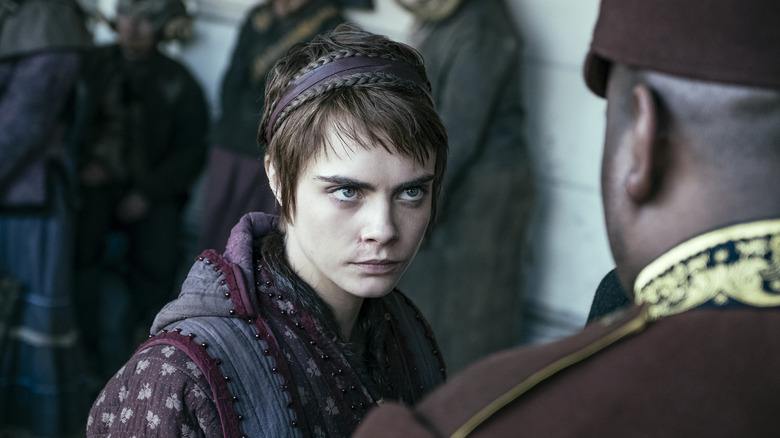 Production on season 2 of Amazon Prime's original series "Carnival Row" has concluded, and the official Twitter account celebrated by sharing some behind-the-scenes photos. While the first season showed us a unique dark fantasy world with the potential for rich storytelling, it didn't gain the kind of "Game of Thrones" traction Amazon was probably hoping for. Maybe the series will find its groove in the second season.

Behind The Scenes And Getting A Little Bloody 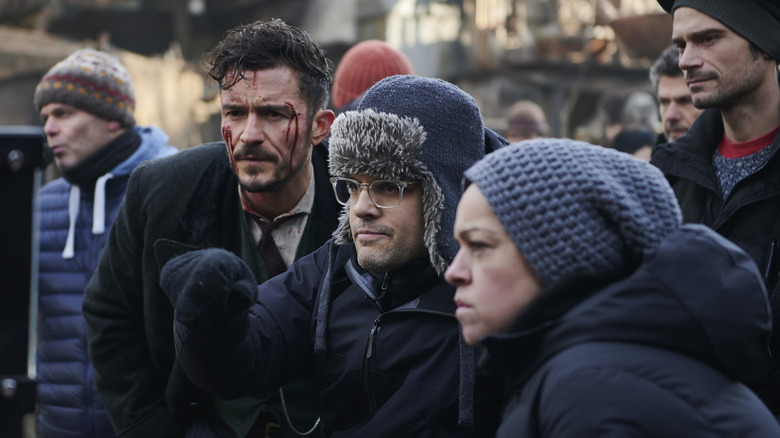 "Carnival Row" is a dark fantasy series about a world where mythical creatures are forced to abandon their war-torn homeland, becoming refugees in a human city. Tensions rise between the mundane residents of the city and the growing magical immigrant population, and things eventually become violent. Inspector Philo (Orlando Bloom) spent the majority of the first season digging into a conspiracy at the heart of the city. He's sympathetic to the mythical Fae people because he's half-Fae himself, and his complicated relationship with his ex, the Fae rebel, Vignette (Cara DeLevingne), doesn't help matters.

The series bills itself as a bit of a romance, but the chemistry between Bloom and DeLevingne never quite clicks. Their shared history and potential conflict are all fine, but the sparks never fly between the leads. Hopefully whatever happened to bloody Bloom in the above behind-the-scenes shot helps propel their relationship in a new direction.

A New Home For The Fae 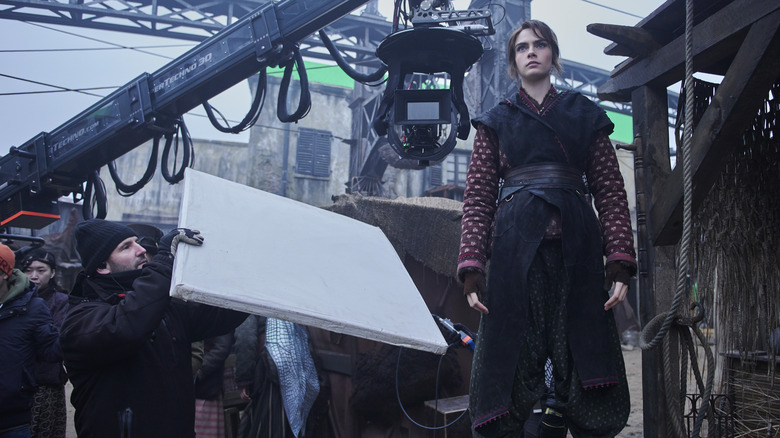 At the end of the first season, a ghetto was established by Jonah (Arty Froushan), the son of the Chancellor of the Republic of the Burgue, Absalom (Jared Harris). Philo decides to side with the Fae half of his ancestry and joins the ghetto, where all of the Fae will live apart from the humans of the Burgue. How this will affect Vignette is yet to be seen, but the behind-the-scenes photos did give us a glimpse of her in a great updated version of one of her season one costumes. 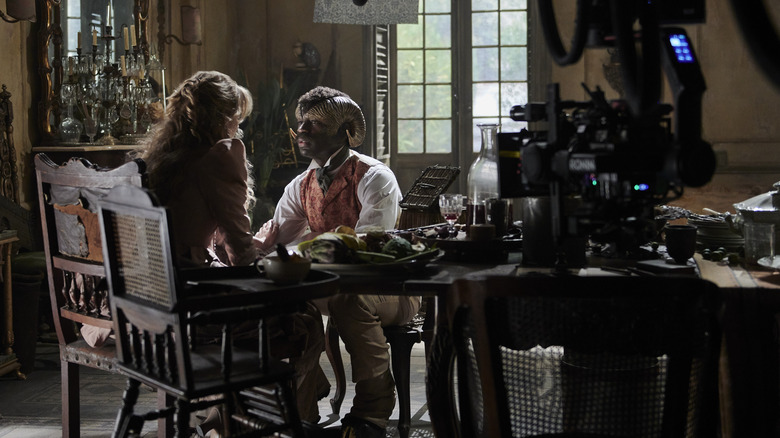 The last time we saw Agreus (David Gyasi), he had just been caught having an affair with his human neighbor, Imogen (Tamzin Merchant). Imogen's brother, Ezra (Andrew Gower), tries to shoot Agreus, but the faun escapes after hitting his attacker. Imogen and Agreus then leave on his ship, bound for a new home.

The above behind-the-scenes image shows the two of them in that very home. Hopefully, the star-crossed lovers don't encounter more problems, but "Carnival Row" tends to put its various romantic leads through the wringer, so peace and quiet is unlikely.

So When Can We Expect Season 2? 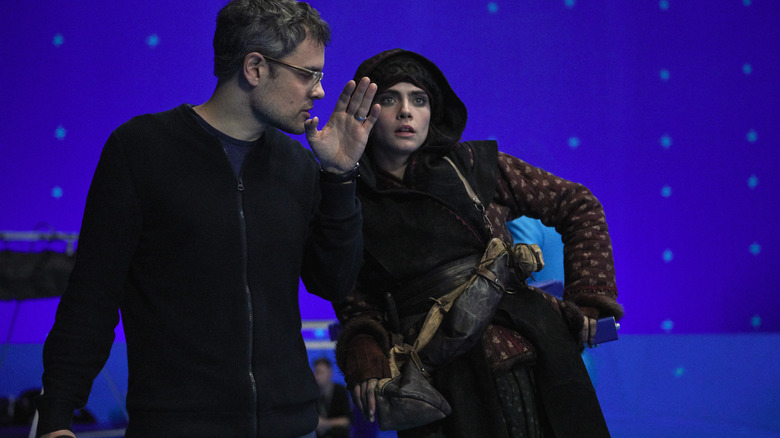 As evidenced by the blue screen above, there's a lot of digital effects on "Carnival Row." While the tweet confirms that the season has finished production, special effects and other aspects of post-production are probably still in progress. The first season took 17 months between wrapping filming and the series debut, so it could be a bit of a wait before we see season 2 on our screens. Filming wrapped in the Czech Republic in August, so there's no way the series is finished being polished just yet.

The post Carnival Row Season 2 Has Finished Production – Check Out Some Behind the Scenes Photos appeared first on /Film.

Next post Yes, There Could Be A Cobra Kai Extended Universe Now

Previous post Tom Hardy Tries To Explain How Venom Is Connected To The MCU, Confuses Everyone