Marvel Fans Picked The Worst Villain From Phase 2 Of The MCU, But They’re Wrong

(Welcome to Survey Says, a feature where we conduct a movie-related survey for a random group of people and explain why they're completely right,.. 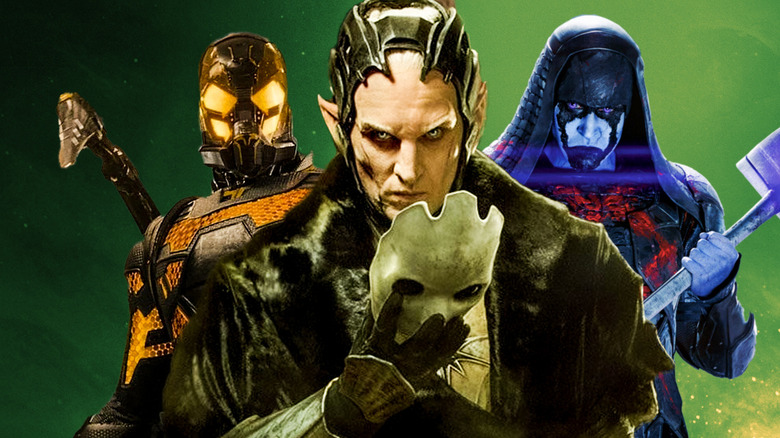 (Welcome to Survey Says, a feature where we conduct a movie-related survey for a random group of people and explain why they're completely right, completely wrong, or somewhere in-between.)

With 25 films and a whole new era of TV shows making up the Marvel Cinematic Universe, there have been many villains who have risen up to challenge the Avengers. But not all of them are as memorable as big baddies like Thanos and Loki. In fact, the MCU has seen plenty of villains who are just plain terrible.

Some of the most disappointing villains arrived in Phase Two of the MCU, but when Marvel fans were asked who they thought the worst villain was from the second wave of Marvel Studios movies, they somehow came up with the wrong answer.

And The Survey Says… 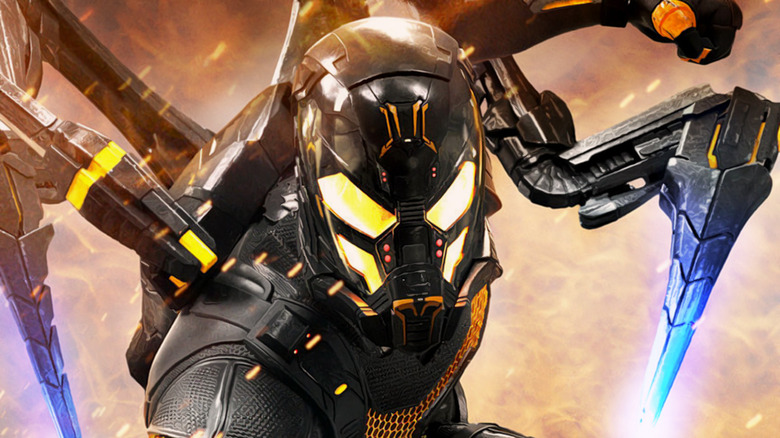 With 624 residents in the United States asked to pick the worst villain in Phase Two of the Marvel Cinematic Universe, the winner by a considerable margin was "Ant-Man" baddie Darren Cross AKA Yellowjacket, who received just over 22% of the vote. In second place is "Thor: The Dark World" villain Malekith (16.35%), closely followed by Alexander Pierce (15.87%), the former secretary of defense who was revealed to be a Hydra leader in "Captain America: The Winter Soldier."

Despite the years-long backlash over the Mandarin twist in "Iron Man 3," the poll found that Aldrich Killian was merely the fourth-worst MCU Phase Two villain (15.54%). The since-reformed Nebula, who was introduced in "Guardians of the Galaxy," got 11.7% of the vote, and her fellow "Guardians" villain, Ronan the Accuser, also did relatively well (9.62%). But the surprise winner of the "Least-Worst Phase Two Villain Award" is Baron Strucker, with just 8.81% of the vote.

First of all, I don't even know how Baron Strucker is included in this poll. The guy may have unleashed Wanda and Pietro Maximoff (AKA Scarlet Witch and Quicksilver) upon the world, but the Hydra agent is easily dispatched, and he barely poses a threat to the Avengers. The only reason that he didn't get named as the worst is likely because people can barely remember who he is. But honestly, his poor troublemaking résumé isn't enough to make him the worst villain in Phase Two of the MCU anyway. Before we decree who should be the actual winner of this poll, let's talk about who came out on top.

Yellowjacket Is A Pest, But Not The Worst 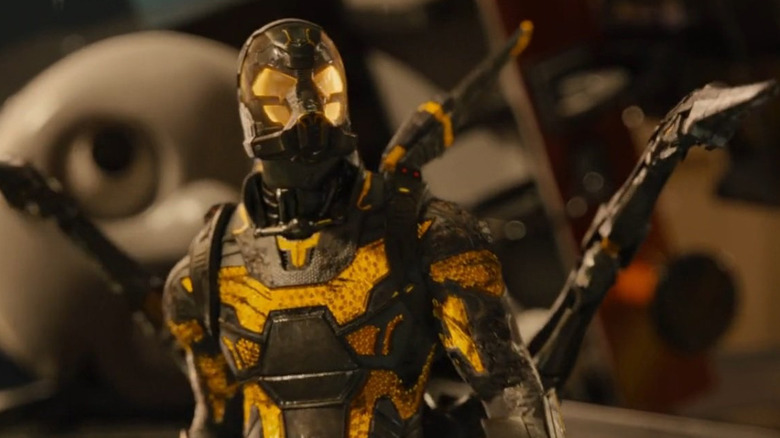 "Ant-Man" villain Yellowjacket came out on top of this poll as the worst villain of Phase Two of the MCU. After taking over Pym Technologies and rebranding the company as Cross Technologies, conniving businessman Darren Cross (played by Corey Stoll) gave Ant-Man a run for his money when he replicated Hank Pym's shrinking technology in an effort to create a line of weaponized suits that would be sold to the likes of Hydra and the Ten Rings. In addition to being equipped with shrinking tech, the Yellowjacket Suit was also made of military-grade Kevlar fabric and had titanium limbs for maximum appeal to deadly buyers.

Why do fans think Yellowjacket is the worst villain in Phase Two of the MCU? Maybe it's because, despite Corey Stoll's best efforts, the villain is both formulaic and generic. His origin treads a little too closely to that of Obadiah Stane in the first "Iron Man" movie, complete with an "evil" version of the titular hero's suit, and there's nothing particularly memorable about him. Perhaps the most villainous thing Darren Cross did was reduce a senior executive at Pym Technologies to a tiny pile of goop by using weaponized Pym Particles. Holding Scott Lang's daughter hostage in the film's climax is pretty bad too, but it's also painfully predictable.

However, there's another villain who is far worse — completely forgettable, mostly unthreatening, and totally incompetent. Did we mention he looks stupid as hell too? 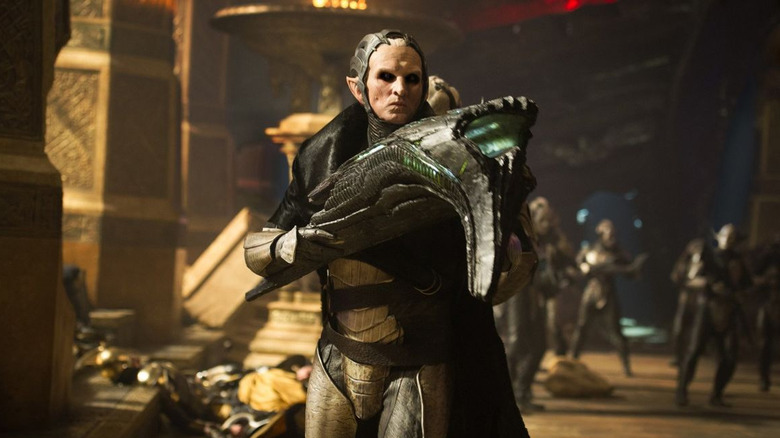 The actual worst villain in Phase Two of the MCU is the Dark Elf known as Malekith, from "Thor: The Dark World." I'm betting if most fans were presented with a picture of Malekith, they wouldn't even be able to recall his name. But on top of that, Malekith's exploits as a villain are pathetic.

First of all, let's flash back to the prologue of "Thor: The Dark World," where we get a history lesson on the first time Malekith tried to wield insane power during the universe-aligning event known as the Convergence. Thousands of years before "Thor: The Dark World," Malekith tried to use an ancient weapon known as the Aether in an attempt to revert the universe to a state of complete darkness. Oh, how dastardly!

When his plan was foiled by Odin's father, Bor, Malekith desperately tried to turn the tides in his favor by dropping the Dark Elf's air fleet onto the battlefield. Though this killed most of the Asgardian forces on the ground, it also wiped out most of his own people, including Malekith's wife and son. This guy is an idiot.

After the attack created total chaos on the battlefield, Malekith didn't emerge victorious. Instead, he took off on one of the remaining fleet ships with his right-hand henchman Algrim and a small contingent of other Dark Elves. Then he entered extended hibernation to wait until the next Convergence rolled around. The guy took a 5,000-year-long nap so he could wait for another try at treachery. 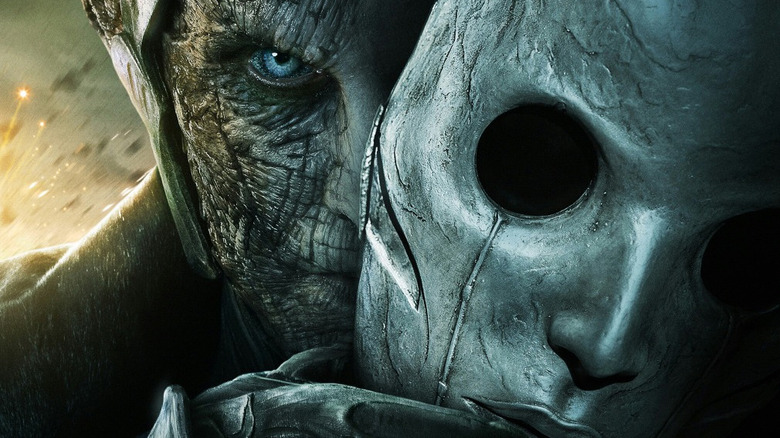 When Malekith returns thousands of years later, he vows to obtain the Aether and use it to destroy Asgard and the rest of the universe. (Why are villains so hell-bent on destroying the universe when they could easily keep some of it around to enjoy themselves?) The Aether ends up being absorbed in the body of Jane Foster, so Thor brings her to Asgard in an effort to relieve her of this burden. Unfortunately, this brings Malekith to Asgard, and he and his army storm the city and try to reclaim the power source. Here's where we see further evidence of how Malekith is the worst.

When Malekith tries to capture Jane Foster, he's stopped by Thor's mother, Frigga. First of all, Malekith can't even hold his own in combat with Frigga. She easily disarms him and then holds a blade to his throat. The only reason Malekith gets away is because Algrim shows up, imbued with the power of the Kursed Stone, and restrains Frigga from following through on killing the Dark Elf. But that's not the end of Malekith's missteps. It turns out Jane Foster isn't actually present for this confrontation. Frigga has created an illusion of Jane Foster to trick Malekith. Did we mention this guy is an idiot?

Malekith doesn't even have the Dark Balls to kill Frigga himself. He has Algrim do it, and before they have a chance to escape, Thor strikes Malekith with lightning, scarring his face. Malekith can't make an escape by himself after this injury, and Algrim has to carry him back to their ship so they can make a getaway.

The only time that Malekith is even remotely threatening is when he finally gets hold of the Aether. But not even that's enough to keep Thor from defeating him. In the end, after having his limbs chopped off by way of portals and getting teleported to the battlefield that he decimated thousands of years ago, Malekith ends up being crushed by his own ship.

Aside from all that, let's not forget that Malekith walks around wearing a mask that makes him look like the creepiest porcelain doll we've ever seen. Furthermore, the character completely wastes the talents of actor Christopher Eccleston, who hated the experience so much that he wanted to put a gun in his mouth.

Anyone else want to argue that Yellowjacket is a worse villain than Malekith? Nothing further, Your Honor.

Read this next: Patty Jenkins Is "Super Grateful" She Didn't End Up Directing 'Thor: The Dark World'

The post Marvel Fans Picked the Worst Villain from Phase 2 of the MCU, But They're Wrong appeared first on /Film.

Next post Will There Be A Black Mirror Season 6? Here's What We Know