Who needs Hamlet when you've got Nebula? Karen Gillan's blue cyborg space assassin may have 12 soliloquies in "Guardians of the Galaxy Vol. .. 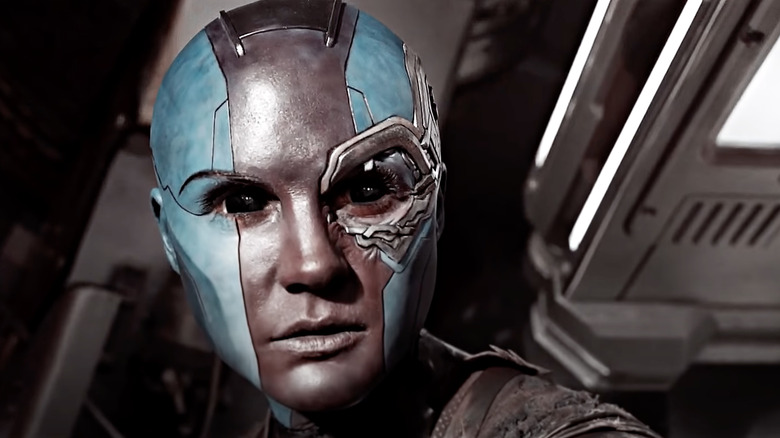 Who needs Hamlet when you've got Nebula? Karen Gillan's blue cyborg space assassin may have 12 soliloquies in "Guardians of the Galaxy Vol. 3," if James Gunn's official verified Twitter account is to be believed.

That's likely a joke on Gunn's part. However, he recently replied to a retweeted ComicBook.com article that said a reading of his "Guardians of the Galaxy Vol. 3" script left Gillan and her co-star, Pom Klementieff — who plays Mantis — in "floods of tears." He said, "I hope it's not because they thought they had too few lines because honestly their roles are both pretty huge and it seems greedy."

Gillan herself started getting in on the action, saying she "expected at least 2 more soliloquies," to which Gunn replied, "12 isn't enough?" Before "Guardians of the Galaxy Vol. 3," Nebula will appear in "Thor: Love and Thunder," and we heard previously that said film would bring out the character's bonkers side.

Maybe Nebula will suddenly start monologuing more. At this point, she's undergone torture at the hands of Thanos and she's had to kill her evil past self. We recently saw a happier, more well-adjusted version of her running double- and triple-crosses in the second episode of "What If…?" That was a Nebula from an alternate timeline, though, and this one still might have some issues to work through.

As for Mantis, she was one of the heroes dusted at the end of "Avengers: Infinity War," but now she's back, and with her abilities as an empath, she might be uniquely positioned to help Nebula and the other Guardians overcome their personal trauma.

The Gap Between Guardians Of The Galaxy Movies 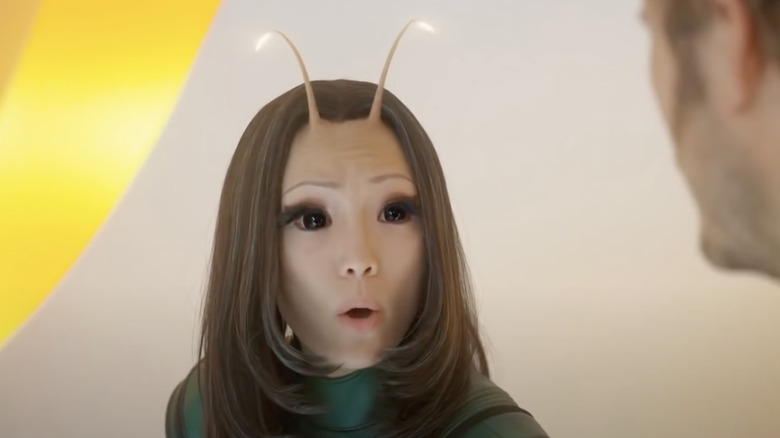 Gunn's "The Suicide Squad," just hit VOD platforms last Friday, and this week brought the first official footage from his HBO Max spin-off series, "Peacemaker," starring John Cena. But if you're a Marvelite, you're probably more concerned about his next MCU projects. "The Guardians of the Galaxy Holiday Special" will deck the halls of Disney+ in December 2022, and "Guardians of the Galaxy Vol. 3" has already locked in a May 2023 release date.

"Guardians of the Galaxy Vol. 2" hit theaters back in 2017, so there will ultimately be a six-year gap between the second and third volumes. Part of this is because of the drama surrounding some of Gunn's other old resurfaced tweets and his firing and subsequent rehiring.

In the interim, the Guardians have appeared in "Avengers: Infinity War" and "Avengers: Endgame," while Gillan and Klementieff have kept busy with projects like "Gunpowder Milkshake" and "Black Mirror."

Read this next: 'Guardians Of The Galaxy Vol. 3' Will Film This November, Script The Same As It Was Three Years Ago

The post James Gunn Says Mantis and Nebula Have 'Pretty Huge' Roles in Guardians of the Galaxy 3 appeared first on /Film.

Next post Netflix Is Planning A Roald Dahl Extended Universe

Previous post The Summer Of Cena: What Three Movies Reveal About An Increasingly Interesting Actor