Aspiring filmmakers, if you need some incentive to keep going, look no further than a recent Twitter thread in which directors like Guillermo del Toro.. 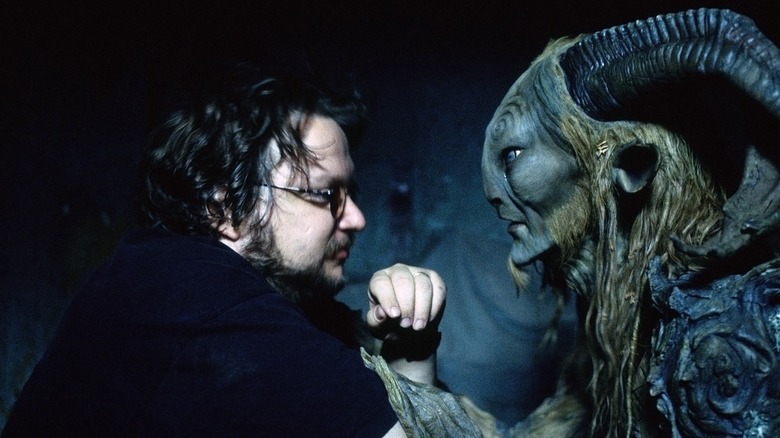 Aspiring filmmakers, if you need some incentive to keep going, look no further than a recent Twitter thread in which directors like Guillermo del Toro, James Gunn, Edgar Wright, and Scott Derrickson chimed in with their cumulative wisdom.

It all started with a question from user Kaleb Wilson, who did the @ thing with them along with several other notable directors and writers. He asked, "How many screenplays you guys written for movies that never got made?"

Del Toro replied, saying, "By my count I have written or co-written around 33 screenplay features. 2-3 made by others, 11 made by me (Pinocchio in progress) so- about 20 screenplays not filmed. Each takes 6-10 months of work, so, roughly 16 years gone. Just experience and skill improvement."

Think about that for a second. Even an Oscar-winning auteur like Guillermo del Toro has about 20 screenplays that he's never been able to get made. We knew he spent time developing "The Hobbit" and other unrealized projects, but it's humbling to know that even the masters can spend years of their lives working on things that no one will ever see.

Gunn commented, "You gave up being a surgeon AND a lawyer AND playing the violin AND maybe being really good at darts or something with that time."

Gunn also shared some of his own experiences as a screenwriter. He started out as writing and directing for Troma on projects like "Tromeo and Juliet" and the series "The Tromaville Café."

He said, "The biggest hurdle as a screenwriter was trying to please the client while not displeasing myself. The first time around I just gave up & pleased them, but never again. Overall, though, it's a job I wasn't that fond of."

"The Better Draft Is Buried Under Three Coats Of Paint"

As you can see above, Scott Derrickson, the director of "Sinister," "Doctor Strange," and the upcoming "Black Phone" also chimed in. He said, "I had a 5 year run before The Exorcism of Emily Rose during which I was paid to write or rewrite 13 screenplays — none of them got made. I was earning a good living but all of my creativity would be read by just a handful of executives. It caused a kind of soul sickness in me."

This was a recurring theme in other replies from filmmakers like Duncan Jones ("Moon," "Source Code"), who said, "Think of all the amazing art Michelangelo could have left us if he didn't have to restrict his work to religious subject matter and the egos of rich benefactors!"

Jones added, "People think that writing scripts is like writing books, but it really isn't. It's more like drawing up architectural plans for picky clients. If they're paying for it, you are finding a way for your artistry to serve what they need, including making tweaks for their budget."

Edgar Wright, whose new film, "Last Night in Soho," is almost upon us, replied, "Indeed, I said once about a project I was writing on, I think the better draft is buried under three coats of paint."

All of this serves as a reminder that even your favorite filmmakers are beholden to the whims of producers and the practicalities of budget and other factors. The names here all have an edge in that they have mostly been directing their own films. I can't even imagine what it must be like for some of Hollywood's unsung screenwriters, who have yet another barrier between them and the dream of a finished film.

The post Guillermo del Toro, Edgar Wright, and Other Directors Share Tales of Their Unmade Scripts appeared first on /Film.