It was one short flight for a rocket, but one giant leap for symbolism and broken records. Today, legendary "Star Trek" actor William Shatner made goo.. 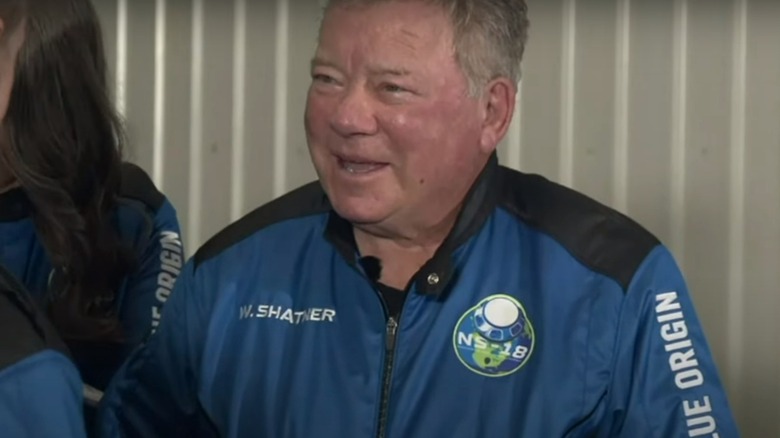 It was one short flight for a rocket, but one giant leap for symbolism and broken records. Today, legendary "Star Trek" actor William Shatner made good on previous reports about his planned trip to space aboard Jeff Bezos' Blue Origin rocket as he successfully completed the flight and made it back no worse for wear. Along the way, the 90-year-old Shatner set a new record as the oldest human being to ever leave the safe confines of our planet … however briefly it may have been. "Trek" fans, space enthusiasts, and everyone in-between around the globe watched the entire launch and return on various livestreams, recognizing the sheer novelty of seeing Captain Kirk himself finally get a chance to see space for himself after portraying such a beloved space-bound figure for so many years in television and movies, and return safely to the ground.

'Everybody In The World Needs To See' 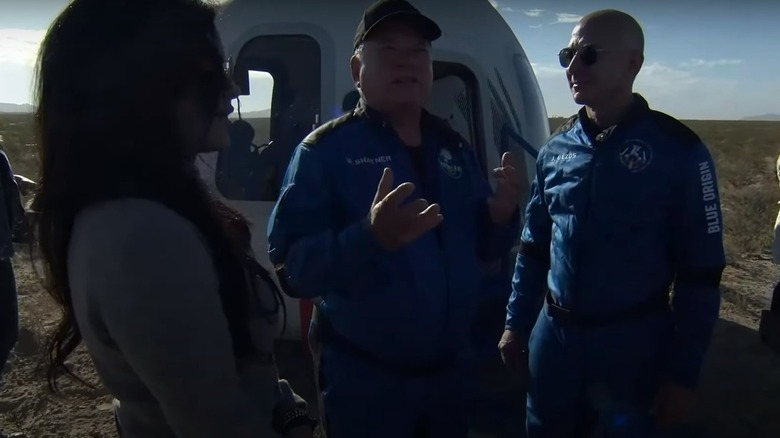 You can't put a price on publicity, apparently. Billionaire entrepreneur Elon Musk may be getting all the government contracts to bring astronauts and equipment to and from orbit through his SpaceX company to the chagrin of the competition, but Jeff Bezos managed to win at least one PR battle by bringing William Shatner along on a much-hyped (but relatively short-lived) flight to the borders of space. The rocket blasted off at 10:50 A.M. EST from its West Texas launch site (via THR), reached a height of over 62 miles and 100 kilometers (referred to as "the Kármán line," the generally-accepted but somewhat arbitrary marker between Earth's atmosphere and actual space) and safely touched back down roughly seven minutes later.

Just before liftoff, Shatner had posted a tweet saying, "I do not know what I may appear to the world, but to myself I seem to have been only like a boy playing on the seashore, diverting myself in now & then finding a smoother pebble or a prettier shell than ordinary, whilst the great ocean of truth lay all undiscovered before me."

Upon landing, Shatner appeared in good spirits and was visibly moved by the experience, receiving a warm ovation along with the other crew members after stepping out of the capsule. Highlighting the ambitions of one day making space travel accessible to all and not just for the mega-rich, Shatner remarked to Bezos that, "Everybody in the world needs to do this. Everybody in the world needs to see. That was unbelievable." Of course, neither this nor the Russian flight that carried a film production crew to the International Space Station really helped with that goal. For now, we'll have to content ourselves with the undeniably cool visuals of seeing an aged but still-active Captain James T. Kirk live the dream and make it to space and back.