Who Is The Main Dune Villain? Vladimir Harkonnen Explained

Despite being presumed by many "Dune" fans to be unadaptable (and doubly so after David Lynch's film, though it has its defenders), Frank Herbert.. 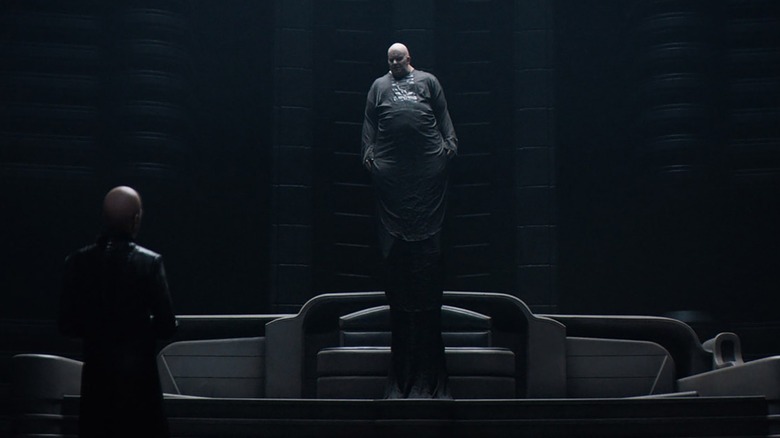 Despite being presumed by many "Dune" fans to be unadaptable (and doubly so after David Lynch's film, though it has its defenders), Frank Herbert's novel has finally received another adaptation. Denis Villeneuve's film is currently in theaters and, what's more, seems to have been embraced by general audiences. With so many concepts to introduce and an expansive list of characters to juggle, it's less surprising that certain backstories, motivations, and bits of lore would be left out of the final cut of the film — either to be addressed in a future sequel or simply relegated to fun trivia for those who wish to dive deeper on their own. It'd be a little odd to say that the monstrous Baron Vladimir Harkonnen left fans "wanting more," but the enigmatic villain behind the events of "Dune" certainly had to make the most of his relatively small amount of screen time and shockingly monologue-free dialogue.

Portrayed by Stellan Skarsgård, Baron Harkonnen likely left newcomers with a wealth of questions and we're going to answer them here: who is he, what does he have against the Atreides, what exactly was his plan with the Emperor, and most importantly … what's the deal with his whole levitation thing?

Read on, but be mindful that there will be major spoilers for "Dune" to follow. 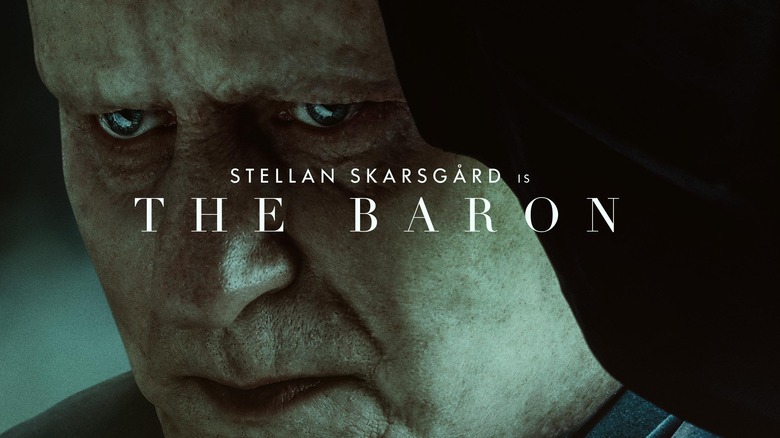 According to official channels, Baron Harkonnen is described as the following:

Greed and tyranny personified, Baron Vladimir Harkonnen is a force of malevolence, determined to feed his addiction to brutality. A gravity-defying monster of a man, gliding through the air like a phantom, the imposing figurehead of House Harkonnen ensures his family stands in stark opposition to House Atreides, ruling through fear, and determined to exploit the natural resources of Dune no matter the cost to its people.

By the time the events of "Dune" begin, the brutal Harkonnens have spent decades oppressing and exploiting the indigenous population of Arrakis for their wealth of spice. Though the face of their persecution is in the form of Rabban Harkonnen (Dave Bautista), his uncle Vladimir remains the true figurehead behind their suffering. In one of Herbert's more unfortunately dated tropes, the Baron's greed and hunger for power is reflected through his disturbing desire for young boys (which is wisely done away with in the film) as well as his ugly, bloated, and inhumanely overweight physicality. He's memorably introduced in the second chapter of the novel while literally remaining in the shadows, described as "grossly and immensely fat" and requiring the need of gravity-defying "portable suspensors harnessed to his flesh" to help keep the weight off his feet. Though his general description is maintained, Villeneuve reimagines this particular aspect to have the Baron levitate and hover over those around him — a more visual way of highlighting his power and influence. In another slight deviation from the novel, this is what saves his life when Duke Leto uses his last gasp of strength to unleash a poison gas cloud on his enemies.

Obviously serving as the inspiration for other "Man behind the curtain" villains like Emperor Palpatine in "Star Wars," Baron Harkonnen rules with an iron fist and the constant threat of mercilessly dispatching anyone — even his closest advisors — who dares displease him in any way. 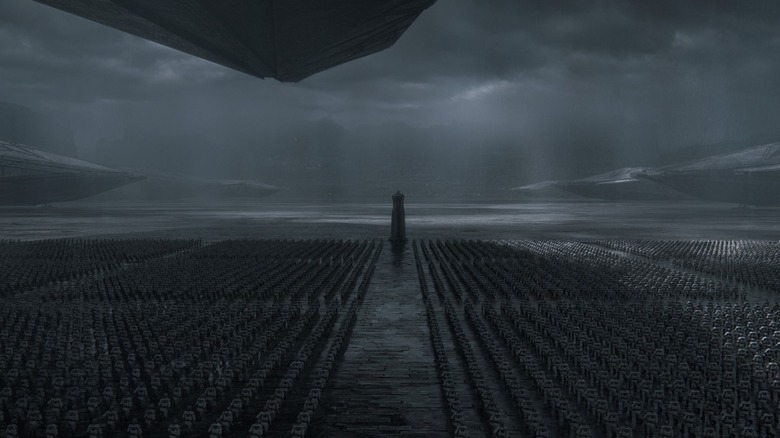 Villeneuve's film doesn't spend a wealth of time on the political machinations between the Baron and the Padishah Emperor, both of whom temporarily join forces in order to cause the downfall of House Atreides. It's clear that the removal of the Harkonnens from Arrakis and the installation of the Atreides family in their place is done at the Emperor's behest and that the Atreides are well aware of the dangers of following these orders. In the novel, it's made immediately apparent that the Baron is acting to take advantage of the prime opportunity to make a power grab for the Harkonnens, as well as in accordance with his long-held grudge against the Atreides family. This latter complication stems from an ancient battle in which a Harkonnen soldier was banished by an Atreides officer for the sin of cowardice, inspiring a wave hatred against the Atreides clan that has been passed down from generation to generation.

The Baron in the novel also spends far more time monologuing about his villainous plots and reflecting on his inner thoughts. Villeneuve chose to do away with this entirely for the film, instead relying on the nuances of the actor's performance. According to Skarsgård, this was taken to such an extent that he admitted to reading his dialogue in the script and that, initially, "My first reaction was, 'This is not much.'" For those disappointed that the Baron wasn't given more of a focus, however, Villeneuve promises good things to those who wait. "This movie is really focused on Paul and I brought in a little bit of the Harkonnens just for context, to understand the geopolitics of the story. This movie just gives a little glimpse into the Harkonnens. The second movie is much more about them." Expect to see far more of the dastardly Baron if or when the sequel is officially greenlit.

The post Who is the Main Dune Villain? Vladimir Harkonnen Explained appeared first on /Film.