Steven Spielberg Explains Why He Had To Make West Side Story

"West Side Story" is likely to be a big hit this coming holiday season. The film premieres in theaters (and only in theaters) on December 10, 2021, an.. 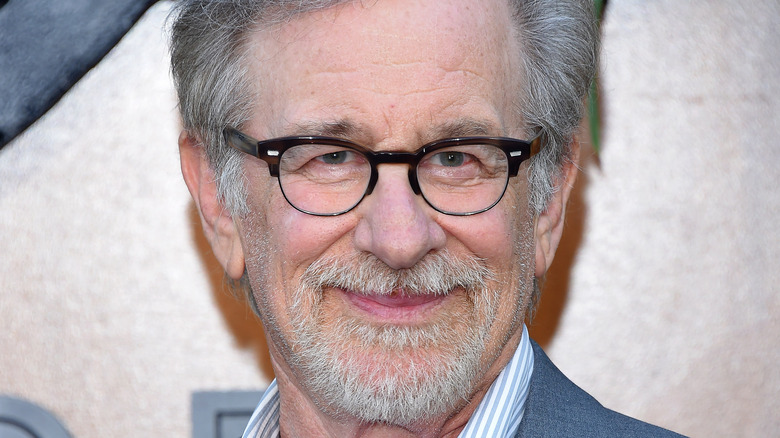 "West Side Story" is likely to be a big hit this coming holiday season. The film premieres in theaters (and only in theaters) on December 10, 2021, and director Steven Spielberg has spoken about why he felt compelled to do this film. If you're not familiar with what we're getting in this version of "West Side Story," here is the info for you:

The Inspiration Of Childhood

"West Side Story" tells the tale of two young people from different groups who fall in love, but are pulled apart by the divide between their cultures and circumstances. The book it was based on was inspired by William Shakespeare's "Romeo and Juliet," if that helps you get a mental picture.

Spielberg explains in the above video how this musical spoke to him as a child. The script was influenced by how things have — and haven't — changed since the time the musical was made. He said:

"So, I have been challenged by what would be the right musical to take on. And I could never forget my childhood. I was 10-years-old when I first listened to the 'West Side Story' album. And it never went away. I have been able to fulfill that dream and keep that promise that I made to myself; you must make 'West Side Story.'

"Divisions between unlike-minded people is as old as time itself. And the divisions between the Sharks and the Jets in 1957, which inspired the musical were profound. But not as divided as we find ourselves today.

"It turned out in the middle of the development of the script, which took five years, things widened. Which, I think in a sense, sadly, made the story of those racial divides, not just territorial divides more relevant to today's audience than perhaps it even was in 1957." 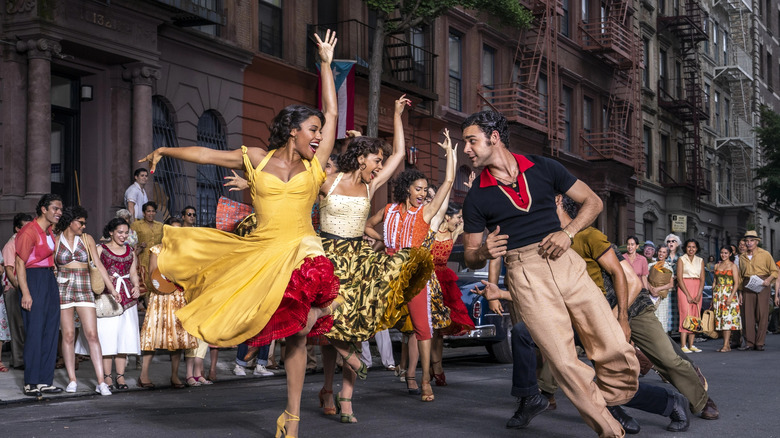 The message of the film, ultimately, is that love can give us understanding about people who might be different from us, a message we could all use right now. Spielberg said:

"It's such a profound story, it speaks to every generation. It's just that love bridges every divide. It's timeless in the sense that we'd be reminded of that story as often as possible."

Not only does the video give us a lovely message from Spielberg, but it shows some footage from the film. We're not only getting a chance to see what we will in theaters, but there is also a glimpse behind the scenes with some production video.

Steven Spielberg's version of "West Side Story" will be out in just over two weeks on December 10, 2021. Fun fact: I was told as a kid that the "West Side Story" song "I Want to Be in America" was a sure cure for an earworm (a song that is stuck in your head on repeat). It's always worked for me.

Read this next: The 14 Greatest Movie Musicals Of The 21st Century

The post Steven Spielberg Explains Why He Had to Make West Side Story appeared first on /Film.