It's that time again, readers. Time for another Blu-ray round-up from yours truly. This latest round-up brings some heavy hitters, including what.. 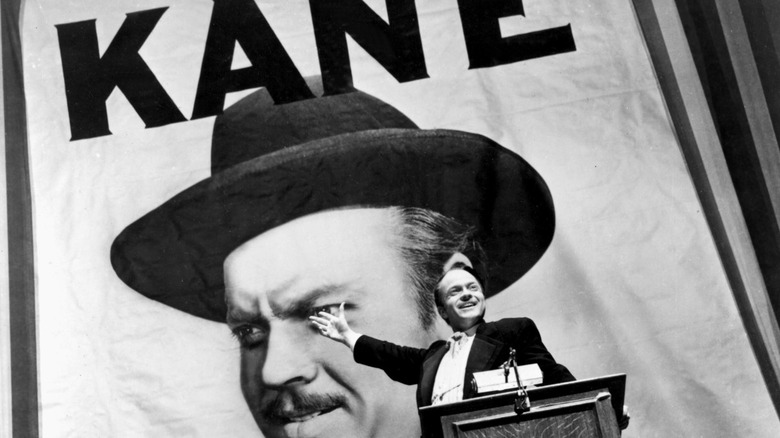 It's that time again, readers. Time for another Blu-ray round-up from yours truly. This latest round-up brings some heavy hitters, including what's considered by many to be the best movie ever made. That's right: I'm talking about "Malignant." But this round-up also includes the hot new 4K release of "Citizen Kane" from the Criterion Collection. Also included: one of this year's new Marvel offerings, a "naughty cut" of a holiday horror-comedy, and a masterpiece from Akira Kurosawa now in 4K. 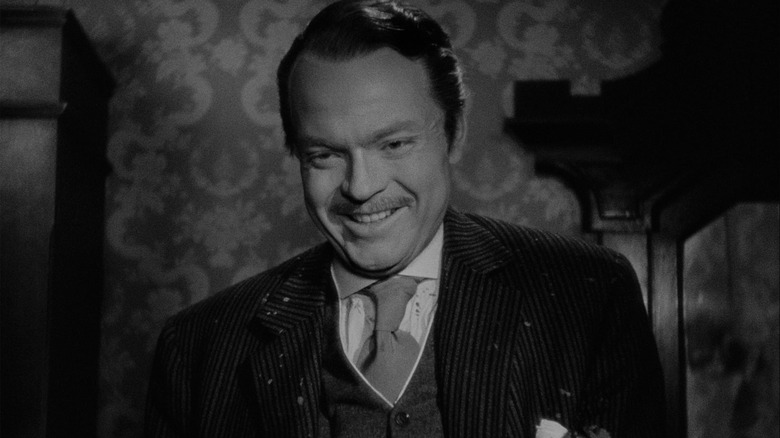 Some consider Orson Welles' "Citizen Kane" to be the best movie ever made, and I certainly won't argue with that. Even if you don't concur, it's impossible to deny the power of Welles' film, which remains as vibrant and brilliant today as it was 80 years ago. Welles, a wunderkind who came to Hollywood after making it big on the stage and radio, was given unprecedented freedom to make his picture, a saga heavily influenced by the life of William Randolph Hearst. Welles would never again enjoy the freedom he had here, which is a tragedy in its own right. Imagine what he could've done. Still, we'll always have "Kane," a film full of light and shadow, telling the story of a lonely man who has it all, but still can't fill the void inside himself. If time has diminished "Citizen Kane" at all, it's because so many films that followed ripped off what Welles and cinematographer Gregg Toland did here. To have such a towering work on 4K is worth celebrating.

However, it's worth noting that the Criterion release did hit a snag. While the 4K disc is fine, Criterion revealed that the non-4K Blu-ray has a problem that "affects the contrast in the feature film, starting around the 30-minute mark and lasting until the end of the film." Those who want a free replacement for that disc after purchase will be able to receive one by following the instructions here.

Shang-Chi And The Legend Of The Ten Rings 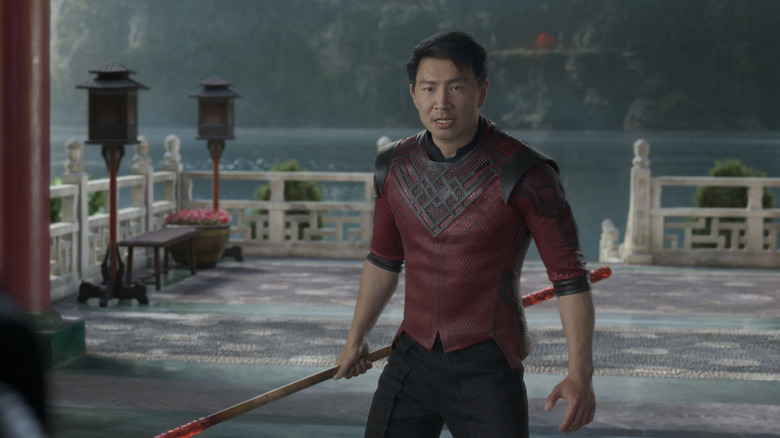 "Shang-Chi and The Legend of The Ten Rings" is a big deal in the sense that it's the first Marvel Studios film with an Asian director and a predominantly Asian cast. Of course, you could argue that Marvel shouldn't be given too many kudos since it took them a considerably long time to get here. Still, better late than never. The story involves master martial artist Shang-Chi (Simu Liu), who was trained from childhood to be a master assassin, and his struggle against his father, Wenwu (Tony Leung), leader of the ancient Ten Rings organization. The set-up is rather basic, and it serves mostly as an excuse to stage some of the best fights in MCU history. All of that is good! Liu is good! And Tony Leung, a gosh darn international movie star, is even better. And yet … "Shang-Chi" doesn't quite stick the landing. The real problem here is that everything looks appalling fake. Not a single background appears real; it's as if the characters have all wandered into Robert Rodriguez's "Sin City," where all the sets are rendered digitally. I understand that this is a big complex action movie with lots of moving parts, but there's really no excuse for it to look this phony. But those seeking some strong fight sequences will likely still find something to enjoy here. 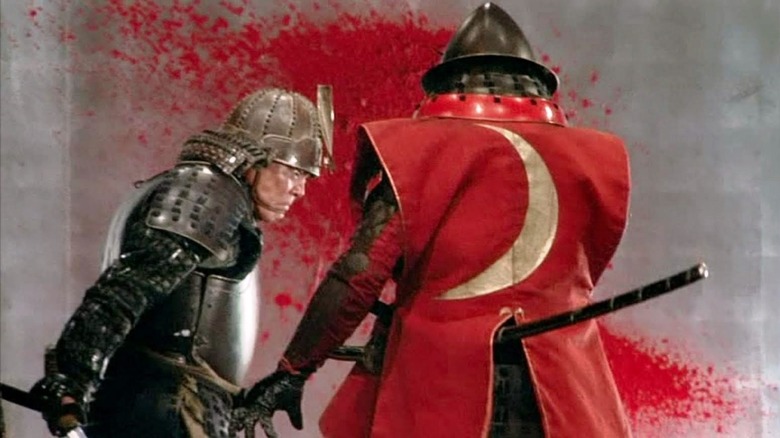 Akira Kurosawa's "Ran," inspired by "King Lear," now has a gorgeous 4K Blu-ray, and it's the type of release that puts other movies to shame. An epic in every sense of the world, Kurosawa employs long-shots to capture the scope and scale of the landscapes the characters inhabit. The colors burn and pop as we follow the story of an aging warlord who decides to divvy up his kingdom to his three sons. Two of those sons support the idea, while the third thinks it's foolish. As it turns out, that third son is correct, because the other two sons quickly go about ruining everything, shunning their father in the process. Brutal and hypnotic, this was Kurosawa's last epic, and it has only gotten better with age. This release sadly doesn't have any other special features, but the 4K transfer is wroth the price alone. 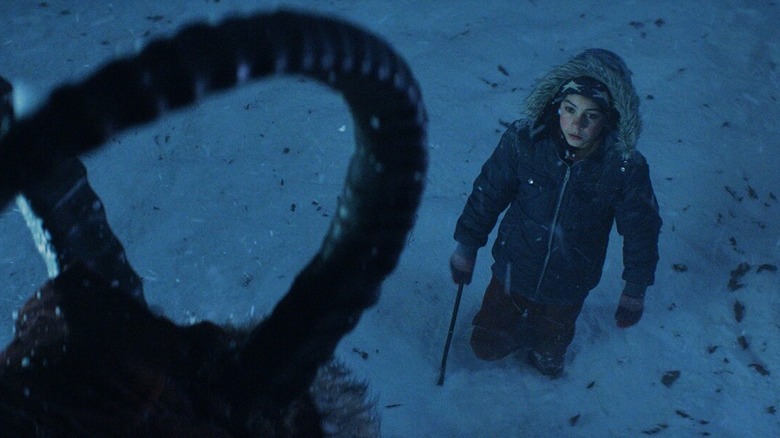 I didn't quite take to Michael Dougherty's "Krampus" when it arrived in 2015. I love Christmas horror, but the film was just a little too … silly for me. Now, Shout Factory has released "The Naughty Cut," which restores scenes that were trimmed to maintain the PG-13 rating. So is this new cut very R-rated? Not really! Honestly, it feels like the same movie. That said, I found myself more in tune with the Amblin-like tone Dougerthy is going for here, telling the tale of an evil Santa tormenting a suburban neighborhood. Whatever "Krampus" lacks it makes up for with inventiveness, including several great creature designs for all of Krampus' evil little minions. 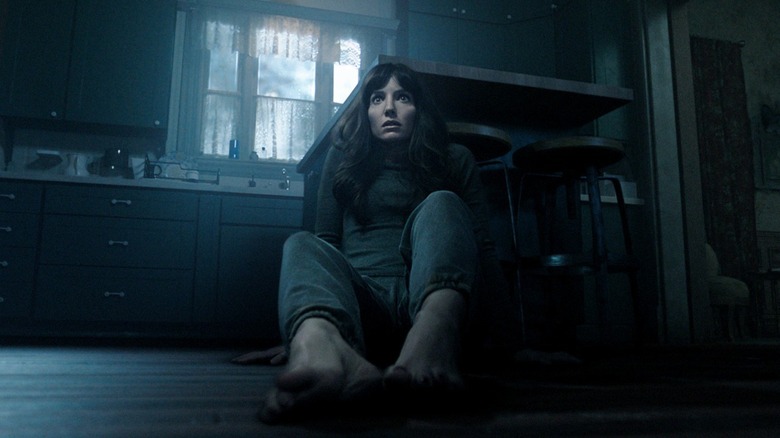 James Wan's "Malignant" utterly perplexed people earlier this year, but I maintain that this completely bonkers horror movie is the bee's knees. Channeling Brian De Palma's equally crazy "Raising Cain," Wan has crafted an original horror movie with a very memorable villain. I won't give too much away in case you haven't caught this one yet, but just know that all the wacky stuff you've heard about "Malignant" is true. Wan took some time away from horror and then returned with this, a film that's much different than his other scary movie entries. Annabelle Wallis is a woman who suffers horrifying, violent visions of a killer stalking and butchering people. Are they real, or just dreams? You'll have to watch "Malignant" to find out, but I promise you that even when you learn the answer you'll be left yelling "What the hell is this?" at the screen. And I mean that in a good way. I have to say I'm annoyed that Warner Bros. didn't give this a 4K Blu-ray release, because it's a visually splendid experience.

Next post The Christie Affair, Limited Series Based On Agatha Christie's Disappearance, Is In The Works At Miramax TV