Joining The Marvel Machine Had Some Downsides For Taika Waititi

Like many (most?) feature film directorial debuts, Taika Waititi's 2007 rom-com "Eagle vs Shark" is rough around the edges. The movie centers on .. 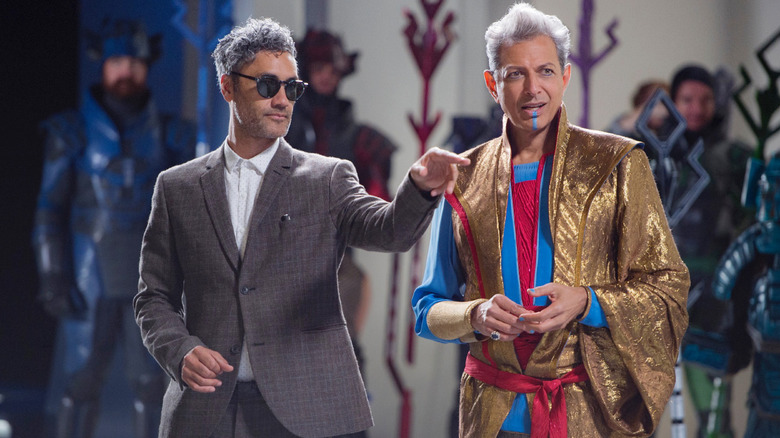 Like many (most?) feature film directorial debuts, Taika Waititi's 2007 rom-com "Eagle vs Shark" is rough around the edges. The movie centers on Lily (co-writer Loren Horsley), a lonely, soft-spoken fast food worker and wannabe songwriter who develops a crush on Jarrodd, a far-from-lovable video game store employee played by Jemaine Clement. At the time of its release, many critics felt "Eagle vs Shark" hewed a little too closely to Jared Hess' similarly quirky, deadpan indie comedy "Napoleon Dynamite." Looking back at it 15 years later, however, the film's blend of off-beat humor and melancholy gives it what is now widely recognized as a distinctly "Waititi-esque vibe."

It's a testament to his skill as an artist that Waititi has been able to maintain the same humorous and playful yet bittersweet style from project to project, be they his low-budget directorial efforts ("Boy," "Hunt for the Wilderpeople," "Jojo Rabbit") or even something like the series "Our Flag Means Death" (which he mainly works on as an actor and producer). Waititi was even able to hold onto a lot of his personality when he entered the well-oiled machine that is the Marvel Cinematic Universe with 2017's "Thor: Ragnarok," delivering a zany, visually-imaginative, and otherwise enjoyable outing with the God of Thunder.

By his own admittance, though, it hasn't always been easy. As Waititi told WIRED (half-joking, but at the same time half-not), he often finds himself smiling and nodding while taking to studio executives, only to head off and do what he wants instead. "It's literally me trying to not do whatever the grown-ups say," as he put it. 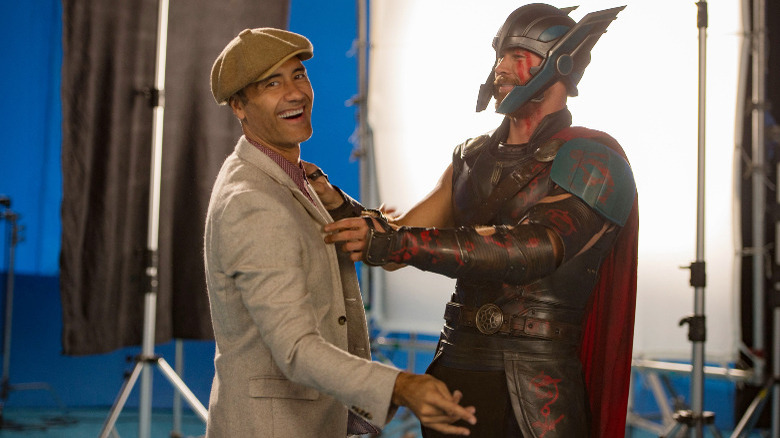 For all its critical and box office success, Marvel Studios is notorious for flattening the voices of its directors in order to better fit their individual styles with the in-house look and tone of the Marvel Cinematic Universe — a homogenizing effect that Taika Waititi had to be extra wary of while directing "Thor: Ragnarok" and its sequel, "Thor: Love and Thunder." On the plus side, his success in that arena has opened up new doors to him, allowing him to go off and work on smaller, more personal films ("Jojo Rabbit," "Next Goal Wins") and TV shows ("Our Flag Means Death," "Reservation Dogs") in-between landing high-profile gigs like directing a "Star Wars" movie.

Once again, though, joining the Marvel machine comes with its drawbacks, as Waititi told WIRED:

"I do miss the feeling where I was excited to wake up and write. So much of what I do now is associated with deadlines and with people wanting something from me. And then it starts to feel like you're just sitting in traffic waiting to go to work."

What Waititi's talking about here is a hard truth that filmmakers inevitably have to face after their early success paves the way to them tackling bigger projects, only to discover just how exhausting the grind really is when you're no longer working on a movie with a bunch of your friends and what little (well, "little") money you can scrap together. But again, that you can tell the person who directed "Eagle vs Shark" all those years ago is the same one who made "Thor: Ragnarok" just goes to show: Waititi has done as fine a job as any at navigating the treacherous waters that are the Hollywood studio system.

The post Joining The Marvel Machine Had Some Downsides For Taika Waititi appeared first on /Film.

Next post Dark Horror Movies That Have Surprisingly Happy Endings