The Boxer (Literally) Left Its Mark On Daniel Day-Lewis

Few actors command the screen with the gravity of Daniel Day-Lewis, the man who has crafted characters as indelible as Bill the Butcher in "Gangs of N.. 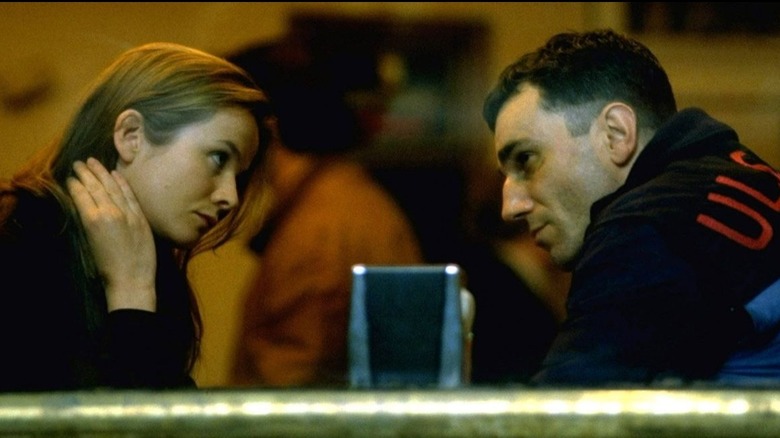 Few actors command the screen with the gravity of Daniel Day-Lewis, the man who has crafted characters as indelible as Bill the Butcher in "Gangs of New York" (where his legendary method process led to illness) and Reynolds Woodcock in "Phantom Thread." His physical and vocal transformations for movie performances are well-known, so much so that he's practically synonymous with the idea of method acting, or at least the popular conception of it. With every movie he chose up until his 2017 retirement, you could be confident that his performance would be definitive, foundational to the movie in question and likely to net him numerous awards.

One Day-Lewis movie, Jim Sheridan's 1997 Irish film "The Boxer," saw him running through the typical gauntlet a method actor needs for a sports movie, even one as nuanced and character-driven as this. "The Boxer" is just as much about the tense sociopolitical conflicts overpowering Belfast in the '90s as it is about the sport of boxing, but Day-Lewis committed as he usually did. Like Robert De Niro in "Raging Bull" before him, Day-Lewis needed to learn how to fight to best portray "Danny Boy" Flynn, a boxer and former IRA member finally leaving jail after 14 years. Beyond learning how to box, Day-Lewis needed to apply physical changes to convey the character's time in prison. What he landed on was a tattoo. 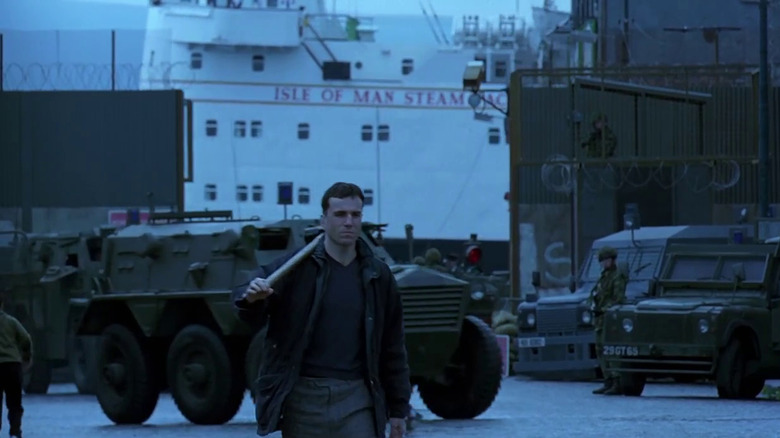 Danny Flynn bears little resemblance to the larger-than-life characters for which Daniel Day-Lewis had made his name. He's subdued, often muted and inexpressive — every once in a while, he's capable of something like a smile when he's around old girlfriend Maggie (Emily Watson). But more often than not, he's a disillusioned jailbird hoping to use his boxing skills to help mend old social wounds in his hometown of Belfast, still wrapped up in the violence of the Troubles.

That Day-Lewis was capable of inhabiting this subtle, complex character speaks to his familiar level of engagement and commitment. It also reflects his pledge to only ever work on projects about which he feels passionate. "I didn't see the point in doing a film unless I could really learn to fight," he told the LA Times. Per the Irish Times, Day-Lewis spent a year and a half training with boxer Barry McGuigan (one of the inspirations for the film according to the article), as well as an additional 18 months of solo preparation before the film was greenlit. Day-Lewis had sparred over 400 rounds by the time of filming, and he received compliments from Conor Mcgregor's boxing trainer Phil Sutcliffe, who also worked with him at the time and claimed his "boxing ability was out of this world." Day-Lewis' fighting physique was one hurdle, but the tattoo he gave himself was another, one that would leave a permanent mark. 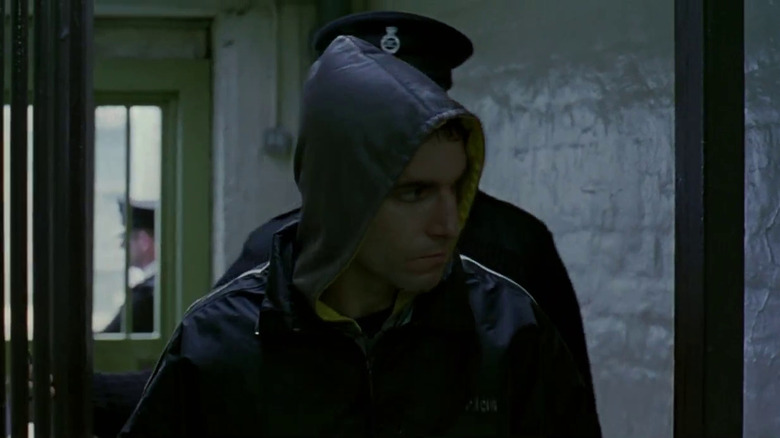 Any paparazzi photo (or official photoshoot) of Daniel Day-Lewis will show that he's got plenty of tattoos, but "The Boxer" gave him a special one. After all, it was "homemade" according to the actor, a truthful ode to the markings given amongst Northern Ireland's political prisoners. "A lot of guys in jail tattoo their hands," Day-Lewis told The Guardian in 2003, when writer Simon Hattenstone inquired about the mysterious symbol, some six years after the release of "The Boxer." The crude tattoo was "part tree, part crucifix," an appropriate enough symbol for a member of the IRA. Of course, Day-Lewis would claim that he wanted it to be "more f-ed up than that."

It's not exactly Martin Scorsese's "Cape Fear," which opened with loving shots of vengeful criminal Max Cady's prison tattoos as if to underscore the menace. In "The Boxer," shot in a gloomy, oppressively cold Belfast, Danny Flynn wears long sleeves and tracksuits. Moreover, director Jim Sheridan tells his story in static medium close-ups, frames that give the actors room to breathe and express what's necessary for the dialogue. The tattoo was less about conveying anything to the audience, who hardly ever sees it, and more a tool for Day-Lewis, a constant reminder of his character's time in prison.

The Method And Day-Lewis 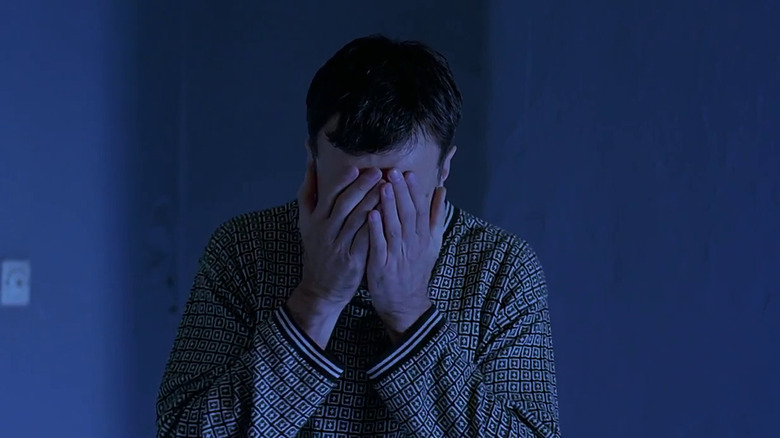 While Eminem was one major inspiration for Daniel Day-Lewis' work on "Gangs of New York," his inspiration for "The Boxer" came from a fascination with the sport, and the immediacy of its danger. As he told the LA Times in 1997, "there is something so pure about the fear you experience when you step through the ropes and face up to somebody who is trying to do you harm." When faced with criticism about the intensity of his training regimen (and in turn, his entire process), he replied simply that "it may make you think that it helps you… and that's as good as anything."

Obviously, an actor's process is easy to criticize from the outside, when rumors abound about their behavior, what they need to get into character. With Day-Lewis, however, the results are so often compelling and magnetic that it's hard to denigrate him, and "The Boxer" is no exception. The bruises he took from his years of boxing training may have cleared up over time, but the tattoo stuck around.

Read this next: The 15 Best Cold War Movies Ranked

The post The Boxer (Literally) Left Its Mark on Daniel Day-Lewis appeared first on /Film.

Next post Sharp Stick Trailer: Lena Dunham Is Back In Filmmaker Mode With A Sexually Charged Indie