There are few movies in the realms of sci-fi and horror that can garner as much love as John Carpenter's "The Thing." It is an absolute mastercla.. 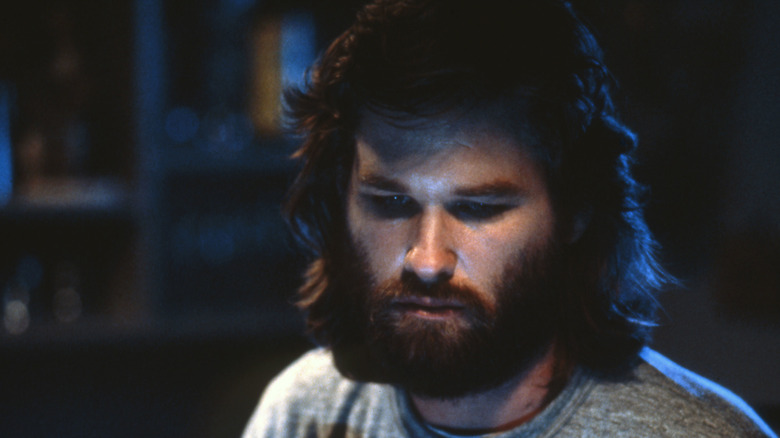 There are few movies in the realms of sci-fi and horror that can garner as much love as John Carpenter's "The Thing." It is an absolute masterclass in both genres individually, as well as how to blend the two for maximum cinematic enjoyment. Sure, the film wasn't exactly a hit in its day (largely because it was released against "E.T.") but time has been incredibly kind to Carpenter's 1982 adaptation of "Who Goes There?" by John W. Campbell Jr.

A big part of the reason that the film holds up so well 40 years later is the groundbreaking special effects which were done practically and crafted meticulously. These are some of the best creature effects ever committed to film and, as one might expect, that doesn't happen by accident, nor does it come easy. To that end, one of the people chiefly responsible for bringing the film's horrors to life ended up in the hospital as a result of that undying commitment.

No Rest For The Wicked 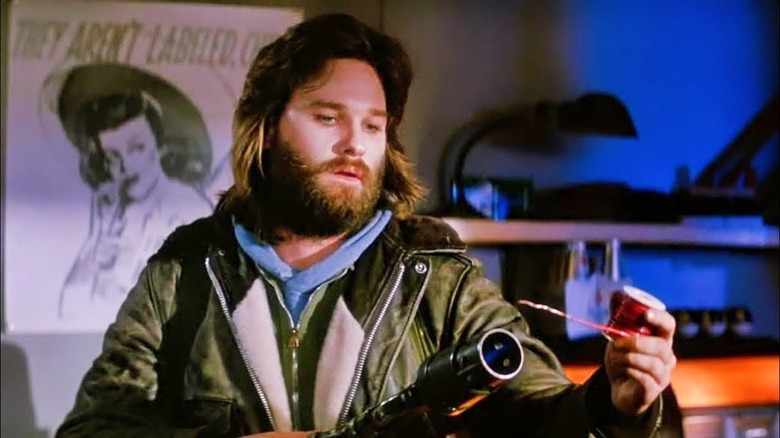 Bob Bottin worked on the special effects and makeup for the film and, to put it mildly, the man was no slouch. Some of his other credits include "RoboCop," "Total Recall," "Seven," and even served as an uncredited assistant makeup artist on "Star Wars." This to say, Bottin knows what he's doing. But with "The Thing," he truly pushed his limits to help bring Carpenter's vision to life. In a behind-the-scenes documentary on the making of the film, Bottin revealed just how hard he worked.

"I was so, you know, wanting this stuff to come out so great, I actually lived at Universal for a year and five weeks without taking a day off. I worked, you know, seven days a week, never took a day off. I was there night and day, I'd sleep on the sets, and you know, Carpenter would come in, 'Oh where's Rob,' 'Oh, you know, he's in the locker room, or he's in the lab.' And then he'd wake me up, 'Hey, you know we've got to shoot this thing,' or whatever. And I ended up working so hard that I ended up in the hospital. At the end of the show John looked at me he said, 'You don't look well.' He goes, 'Someone take this guy to the hospital.' But since then I've wised up and it's – I don't do that anymore."

Indeed, Bottin worked himself so ragged that he ended up taking a little trip to the hospital once the work was done. Though it's pretty impressive that the man got all the way through the shoot before Carpenter had to be the one to tell him to go seek some help. If that isn't dedication, I simply don't know what is.

That Dedication Paid Off 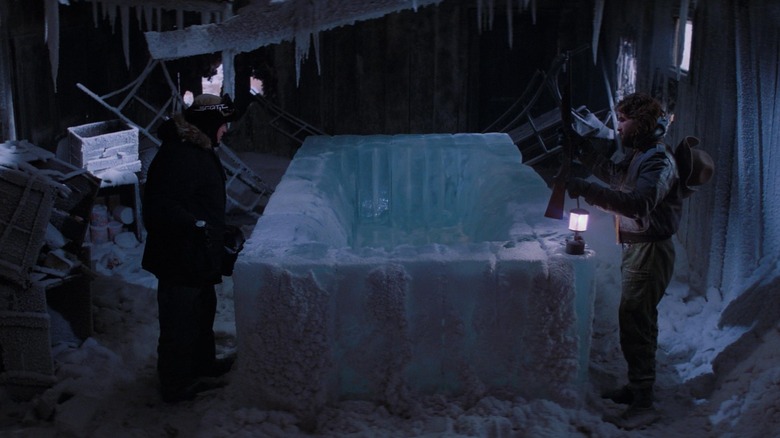 No person right in their mind would suggest that anyone should work themselves so hard that they wind up in the hospital, especially when we're talking about a movie and not something absolutely essential to humanity's continued existence. That having been said, Bottin learned his lesson and didn't continue to do this in his career beyond "The Thing" and, most importantly, he was ultimately fine. Taking all of that into account, the one thing we can say is that the man's hard work absolutely paid off.

Even though "The Thing" got lost in the flow at the box office in the summer of '82, the movie's legacy has been cemented for quite some time now. People found the masterwork of the well-trodden alien invasion genre and have since embraced it as one of the truly great films of the 80s, if not of all time. I myself count it amongst my top ten favorite movies ever and I am certain I am not alone in that regard. It truly takes an army to make a movie but Bottin deserves a great deal of credit for bringing this masterpiece to life.

Read this next: Every Ridley Scott Movie Ranked From Worst To Best

The post One Crew Member's Commitment To The Thing Landed Him In The Hospital appeared first on /Film.