This article contains spoilers for the film "Audition." Based on the 1997 novel by Ryu Murakami, Takashi Miike's 1999 film "Audition" begins as a.. 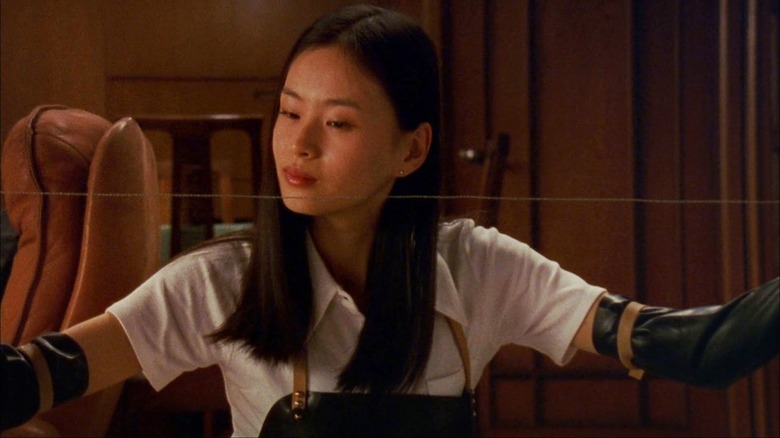 This article contains spoilers for the film "Audition."

Based on the 1997 novel by Ryu Murakami, Takashi Miike's 1999 film "Audition" begins as a light, sweet, delightful romantic comedy about a widower named Shigeharu (Ryo Ishibashi) who, as a means to look for a potential new girlfriend/wife, stages a fake acting audition. The idea is that Shigeharu and his friend would be able to talk to a great number of women in a single day, giving them an excuse to learn about them, size them up, and judge them worthy of a date. Like speed dating, just staged with a little bit of harmless (?) subterfuge. Shigeharu becomes interested in the shy and guarded Asami (Eihi Shiina), and the two of them seem pretty enamored with one another. Shigeharu plans on marriage as soon as possible. Asami, meanwhile, asks for a pledge of love. A little sudden, a little direct…

When the audience sees Asami alone at home, she lays on the ground, nearly motionless. A large sack lays on her living room rug. She affects a thousand-yard stare. "Audition" then provides one of the great jumps scares in history. Oh yes, and the genre is no longer romantic comedy. "Audition" is now a horror movie. A horror movie that will climax with brutal torture to outstrip a "Saw" sequel.

The sudden genre shift in "Audition" is one of the most notorious contractual breaks with the audience since Marion Crane met her fate in "Psycho" in 1960. The movie has stayed with its viewers, as well as with Shiina, who, in a 2021 interview with Asian Movie Pulse (translated from the Japanese by Lukasz Mankowski), said that she would be happy to return to the role, recalling the terrifying moment that was improvised on set. 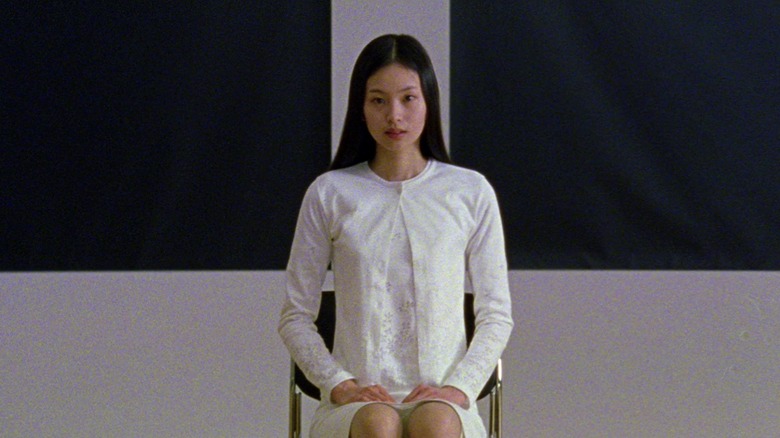 "Audition" was only the second film that Shiina had appeared in (her first being a 1998 film called "Open House"), so the impact of her performance hit her as hard as it hit the rest of the world. It eventually changed the course of her career, pulling her to other notable genre films like "Tokyo Gore Police" and the wonderfully bonkers "Meatball Machine Kodoku." Although, as she admits in the Asian Movie Pulse interview, it took her until after the fact to realize what "Audition" had done, as she was too immersed in the character:

"Asami Yamazaki from 'Audition' was an extremely important role for me. With that being said, I did not realize it back then when we were shooting the film. It came to me afterwards. During the shooting, I felt I was completely absorbed by it. I worked as in a trance."

Given the intensity of the film's final scenes, one can see how an actor might become a little bit hypnotized. "Audition" climaxes with Asami incapacitating Shigearu, and subjecting him to extended, on-screen torture that involves razor wire and long, thin needles. Asami inserts needles into Shigeharu's abdomen, and then into his eyesockets under his eyeballs. She remains placid and playful during the torture, chirping quietly "kiri-kiri-kiri-kiri," which is translated as "deeper, deeper" in most subtitled editions. Miike's matter-of-fact filming of the torture makes it horrifying, but also difficult to shield one's eyes from. 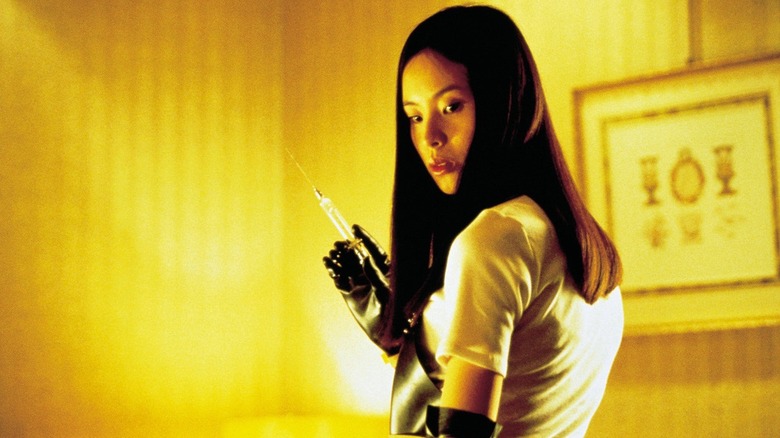 As it so happens, the "kiri-kiri" line was not written in the script, and was improvised by Miike. Shiina admits that she wasn't threatened or overwhelmed by the thought of filming a torture scene, as she was already so deep in character:

"The famous 'kirikirikirikiri' line was not in the script. Miike came up with the idea spontaneously. As the shooting went by, the image of Asami was gradually becoming complete. When we were approaching the last scene, which is quite shocking, I thought during the shooting, that it is simple, there is nothing complicated about it. I did not think of anything difficult. I blended into the character. I became Asami naturally. We became one."

Shiina's performance, and Miike's unflinching look at pain and violence, allowed "Audition" to emerge as a new cult classic in the United States almost immediately, and videos were passed across many rental store counters, constantly inducting new members. Asami was compared to some of the great movie monsters of yore. 20 years on, Shiina feels weirdly nostalgic for the role, and says she would happily revisit the character:

"[A]fter the film was finished, everybody in the world loved my character. I was happy about it, but I never had any expectations. Nevertheless, it was a great honor. 20 years have passed from that moment, and people still cherish this role. I am still very happy about it. I feel gratitude. If possible, I would like to try to become Asami Yamazaki again. I would like to make 'Audition Part Two.'"

As Miike remains one of the most prolific filmmakers currently working — he has accrued 111 directing credits since 1991 — a motivated lead actress may all that he would need to revisit "Audition." The possibility is not necessarily off the table.

Read this next: The 25 Best Japanese Horror Movies Of All Time

The post One Of Audition's Most Disturbing Moments Wasn't In the Script appeared first on /Film.