A Batman movie will always have stunts, but one in "Batman Begins" frightened its stars. During the first act, Bruce Wayne (Christian Bale) trains und.. 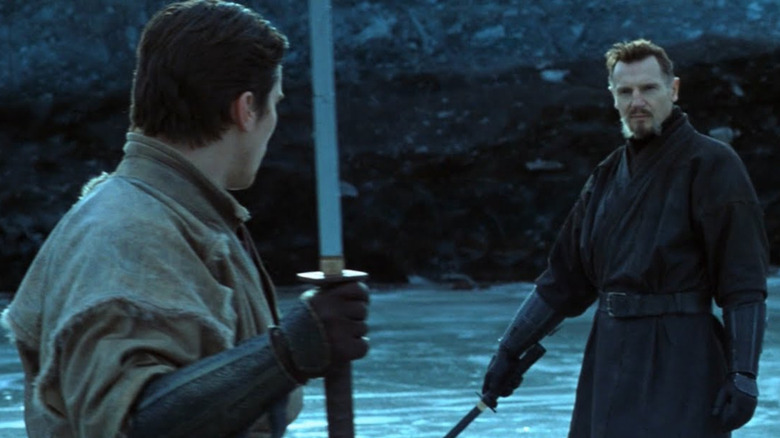 A Batman movie will always have stunts, but one in "Batman Begins" frightened its stars. During the first act, Bruce Wayne (Christian Bale) trains under Henri Ducard aka Ra's al Ghul (Liam Neeson). These opening scenes, set in the Himalayas, are some of the most beautiful in the film. DP Wally Pfister's blue-tinged cinematography is suitably cold, and an atypical setting shows how this isn't your typical Batman movie.

This isn't just where the movie begins, but where the shoot did too; the very first scene to be shot was a mock sword fight between Bruce and Ducard on top of a frozen lake. The scene wasn't quite shot on location, with Iceland standing in for Bhutan; however, the frozen lake and glacier were totally real. Bruce and Ducard were fearless — but Christian Bale and Liam Neeson? Not so much. 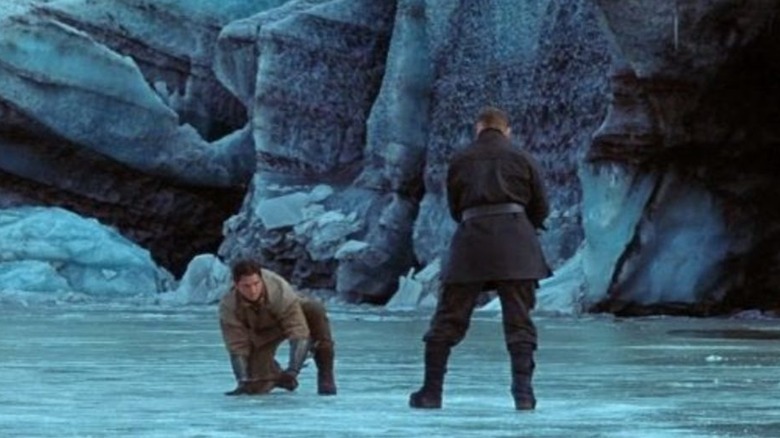 Liam Neeson has told the story of shooting the frozen lake training scene a couple of different times, including when he appeared on "The Jimmy Kimmel Show" in 2021 and when ET Canada interviewed him in 2022.

"I did a scene with Christian Bale in 'Batman Begins' 15… 14-15 years ago in Iceland. And we were having — I was teaching him how to fight with these little swords, and we were literally fighting at the base of this huge glacier that had a pond of ice at the front, and we had ice wranglers. So, Christian and I would be on doing our dialogue and fighting and stuff, and suddenly the ice wranglers would shout 'Stop, everybody off the ice,' and we'd all come off very quick, and this glacier would move maybe two inches. And the noise that came up through the earth, and seeing this ice buckle and then settle again, was very, very frightening. And then they'd say 'Okay, go back on the ice again!' So Christian and I'd be looking at each other like, 'should we be doing this?'"

The glacier in question was Vatnajökull, or "glacier of lakes," and it's positively enormous, ranking as the second-largest glacier in Europe after the Jostedalsbreen in Norway. Vatnajökull's current length is 3127 miles, or 8% of Iceland's land mass, and in some areas, it is a mile deep.

In both interviews, Neeson was adamant in clarifying that the glacier was the real thing, not CGI. If you'd witnessed something so terrifyingly magnificent, tested your luck, and walked away alive, it'd be impossible not to boast. 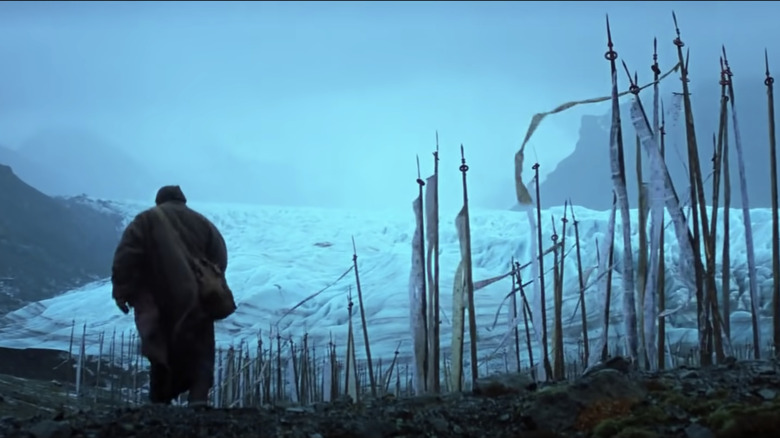 Neeson isn't the only one with mixed memories of this daring shoot. In October 2004, after the production but before the release of "Batman Begins," Christian Bale spoke to the Chicago Tribune about his experience filming in Iceland. According to Bale, if the crew had waited one more day for the shoot, they would've found the frozen lake wasn't so frozen anymore, "We were out there, and it was splitting — there were big cracks appearing down it — and we all had to stand still and not break it. By the next day, there was all this water again."

Considering that the scene ends with Bruce falling through the ice, the caution was more than necessary — one wrong step and it might've been Bale himself who fell into the freezing water. The trouble that the crew had with the Icelandic elements didn't end once this first scene was shot. In Warner Bros' production notes for the film, producer Charles Roven recounted, "In the portion of the film that we shot in Iceland, you'll see a raging storm. It's not a pretend storm. It's not a CGI storm. We filmed in 75-mile-an-hour winds. There were crew people who were literally blown off their feet. But with Chris [Nolan], you never stop shooting."

While these conditions definitely made for a sometimes scary shoot, they also resulted in a better film. The goal of "Batman Begins" was realism and an authentic environment was a touch which helped it achieve that.

The post Teaching Batman To Fight On A Frozen Lake Was A Frightening Time For Liam Neeson appeared first on /Film.

Next post Every Star Wars Inquisitor Ranked Worst To Best