Every Rob Zombie Movie That Was Never Made

Rob Zombie's eighth film as a director, "The Munsters," is due for release later in 2022, fulfilling a personal dream of his. Zombie has always b.. 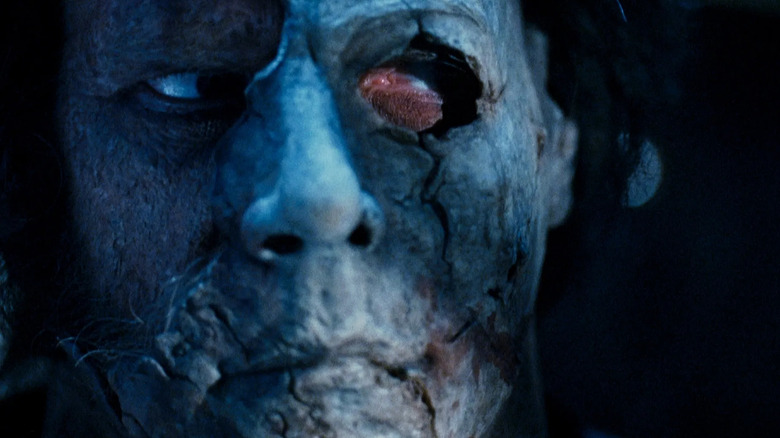 Rob Zombie's eighth film as a director, "The Munsters," is due for release later in 2022, fulfilling a personal dream of his. Zombie has always been an enthused fan of the popular 1964 sitcom, even once recording a commentary track for the 1966 feature film "Munster, Go Home!" His making of a new "Munsters" feature film felt eerily inevitable; if it was going to happen, then Zombie was the man for the job.

Indeed, as a director, Zombie has often been permitted to follow his passions. His first film, 2003's "House of 1,000 Corpses" was a music video-inflected riff on "The Texas Chain Saw Massacre," serving as a distillation of his media-influenced, ultra-violent, haunted house rock persona. In 2005, he refined "House" with the much-lauded "The Devil's Rejects" in 2005, expanding an adolescent horror film into something more adroitly nihilistic. Zombie was approached in 2007 to write, direct, and produce a remake of John Carpenter's 1978 slasher "Halloween," which he was reportedly enthused to do (but later described as being a miserable experience). Zombie's movies tend to be raggedy, filthy, bleak, and violent, but many are undergirded by a strange sense of weary humanity; that people do still gather around tables to have light conversations when they're relaxed. Zombie's films can, for fleeting moments, be incredibly human and relatable.

Despite his popularity and skill, however, not all of Zombie's films have managed to see the light of day (or the dark of night, in his case). Indeed, Zombie has put a great deal of work into at least one notable film project that was constantly rejected. Here is a list of the known Zombie movies that never got made. 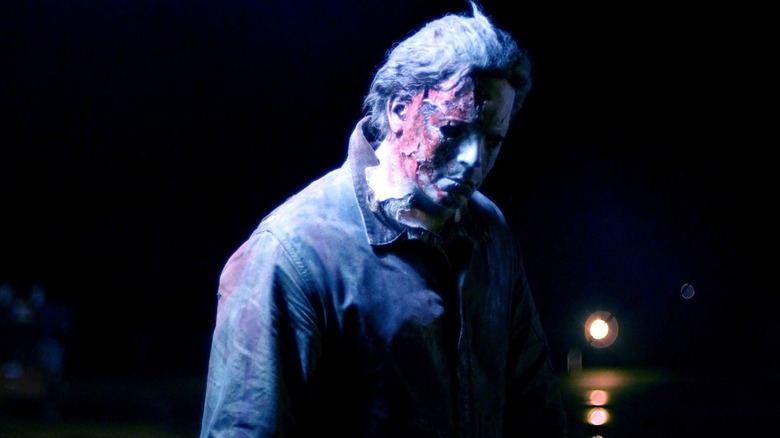 As soon as Zombie's film "Halloween II" was released in theaters in 2009, The Weinstein Company immediately wanted to move forward on a "Halloween III," a movie that both the studio and the director's fans wanted him to make. "Halloween III" — nothing to do with "Halloween III: Season of the Witch" from 1982 — was to follow the continuity of Zombie's two Michael Myers movies, and star Scout Taylor-Compton was called by the studio to reprise her role as Laurie Strode again.

"Halloween III" was actually roundly rejected by Zombie from the very start, and he was quoted on MTV saying "No. I could not see that in any shape, way or form. Never!" Zombie was pretty definitive. For a while, a new director, Patrick Lussier, was meant to take up the project, intended to make "Halloween 3D" in 2011. Even though a script was written, the project never properly came together, and Zombie moved on to "The Lords of Salem" in 2012, perhaps his best movie. 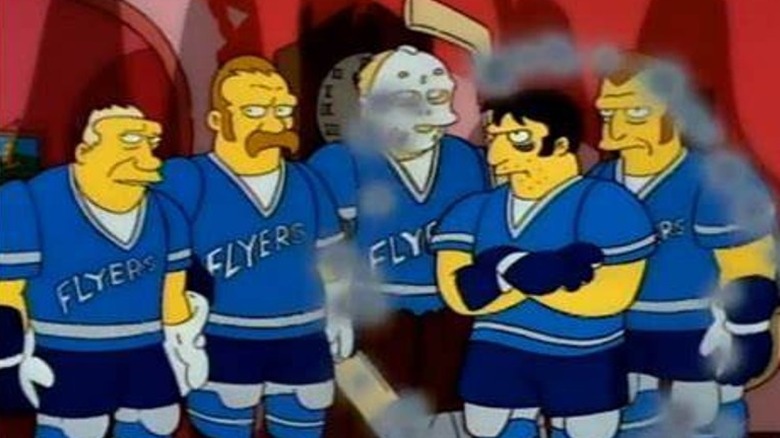 Prior to the production of "31" in 2016, Zombie had spent years fighting tooth and nail to secure funding for a dream project of his called "Broad Street Bullies," a sports movie about the notorious 1974 Philadelphia Flyers. In the 1970s, the infamous hockey team had earned their titular nickname for their tendency to fistfight on the ice … and off it. In an interview with Markerzone, Zombie recalls how impressed he was with the Flyers' brazen intimidation tactics and brutal violence:

"It was about the 1974 Philadelphia Flyers. The true story is so insane that you can't believe it's real. They were a fledgling team, nobody cared, so they basically built the team of tough guys. They won the Stanley Cup twice based on being so terrorizing other team were scared to play them. You go back and you watch the fights that took place during those seasons, they literally went into the crowd and they're fighting with fans. And it doesn't seem like good-natured, like 'we're going to go, we're going to go', it's like gripping someone by the hair and punching them in the face until their teeth are all gone type fighting."

In a Q&A following a Fathom Events screening of "31," Zombie remembered the moment he gave up on "Bullies." He claims to have been on the phone with a potential investor, pitching the movie as hard as he could, when he sensed the lack of interest in their voice. He says he covered the phone, turned to his wife and declared that he would immediately get funding for the dumbest thing he could come up with off the top of his head. His "clowns stalk people on Halloween" idea was picked up. It looks like "Bullies" was too high concept. 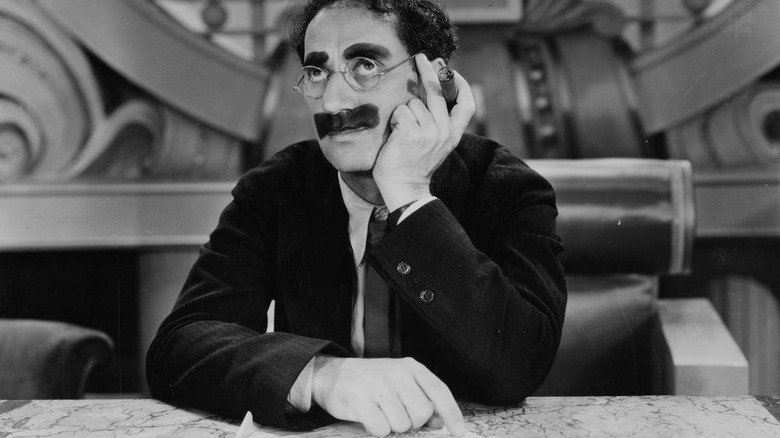 Zombie and Groucho may not be as mismatched as they look on paper. Yes, one came to prominence as a monster-faced shock rocker and the other was a Vaudeville comedian who riffed on human language as if it were his own to control — but both seem inspired by an impish need to subvert. While Zombie was in production on "31," he had announced that his next film would be a biopic of Marx, set in the late 1970s, leading up to the comedian's death. Zombie, himself 57, frequently casts older actors in his movies ("31" and "The Lords of Salem" in particular), so a biography of an older Groucho is in keeping with his habits.

The film was to be based on Steve Stoliar's 1996 book "Raised Eyebrows: My Years Inside Groucho's House," and was to be based on the exploitation of Marx at the hands of Erin Fleming, his manager at the end of his life. A similar approach, it seems, to Baz Luhrmann's "Elvis," which tells the story of The King through the eyes of The Colonel, his own notorious manager.

Zombie eventually fell away from the project, but the "Raised Eyebrows" movie is still moving forward with director Oren Moverman, and with Geoffrey Rush set to play Groucho. 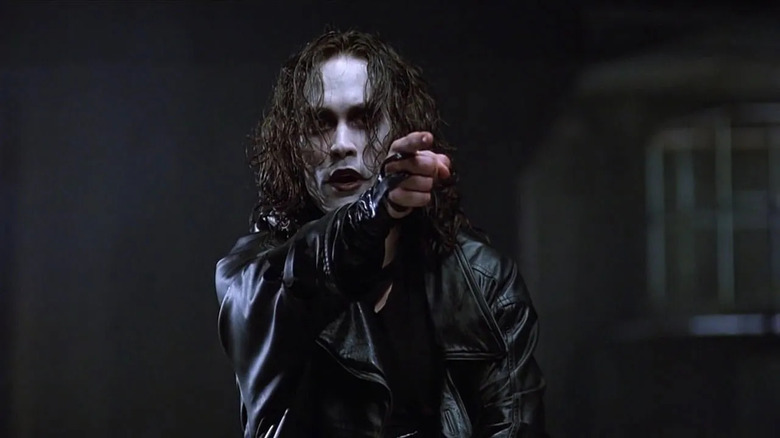 Long before Zombie's filmmaking debut — indeed prior to the release of his seminal debut solo album "Hellbilly Deluxe: 13 Tales of Cadaverous Cavorting Inside the Spookshow International" — the rocker was attached to a (then) second sequel to the 1994 supernatural revenge film "The Crow." According to a report in Variety, "The Crow 2037" was to be less of a revenge-meets-superhero style movie, and more in the horror vein. The premise of "The Crow" is that a man and his fiancée are murdered the night before their Halloween wedding, only for him to return from the grave a year later to exact revenge. He is no undead monster, however. In fact, he looks super cool in black leather and scary white face paint.

The project never got off the ground for unspecified reasons, and sequels to "The Crow" have been tossed about for the better part of 20 years. One should wait to see "The Crow" before one believes that it exists at all. It's worth noting that "The Crow" already has three sequels — "The Crow: City of Angels," "The Crow: Salvation," and "The Crow: Wicked Prayer" — as well as a 1998 TV series called "The Crow: Stairway the Heaven." 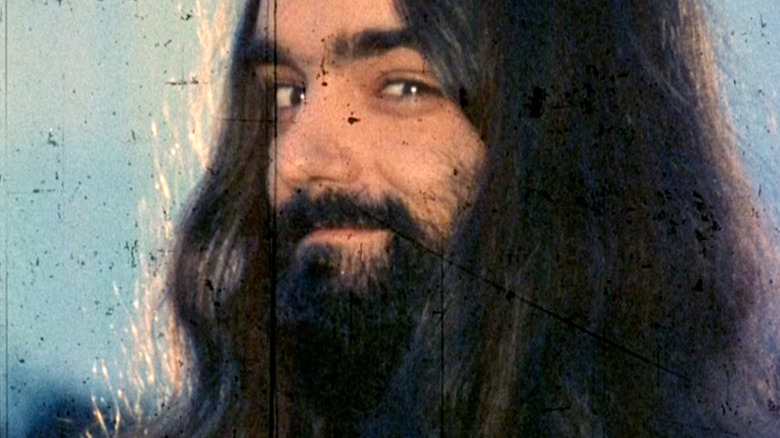 Although the trail has run cold on the project, it was announced in Variety in 2014 that Zombie was to direct a TV miniseries based on the infamous 1969 Manson murders, using a script written by Bret Easton Ellis of "American Psycho" fame. The Manson killings are the stuff of common Hollywood lore, and have formed the basis of many feature films, not least of which were Jim Van Bebber's harrowing "The Manson Family" in 1997 and Quentin Tarantino's "Once Upon a Time in… Hollywood" in 2019. According to the Variety article, the miniseries was to feature "shifting perspectives" on the murders, very much like Tarantino's movie would.

Evidently Zombie and Ellis were copacetic on the project, with Zombie saying:

"I have been obsessed with this insane story since I was a kid, so obviously I jumped at the chance to be involved in this incredible project. After speaking with Bret, I immediately realized that we shared the same vision for this epic madness."

And yet, it simply dried up and the project went all helter-skelter. 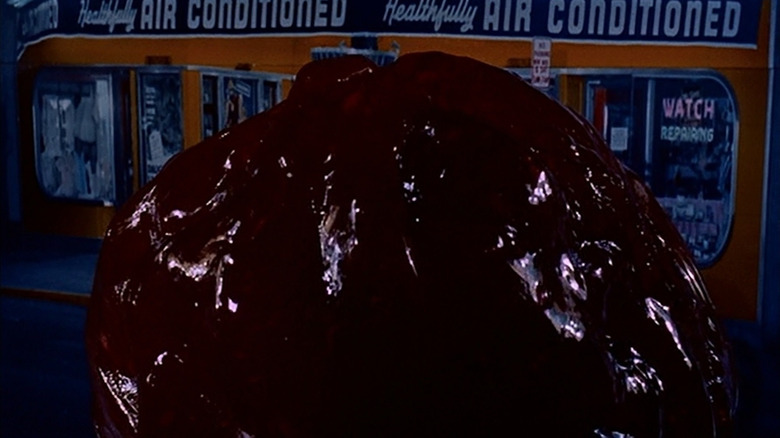 Another cold trail offered by Variety was a 2009 announcement that Zombie was to direct an additional remake to the 1958 film "The Blob," a film that had already been remade in 1988. As with several of his previous projects, "The Blob" was to be written and directed by Zombie and, aimed to be different than either the Irvin Yeaworth or the Chuck Russell versions. Zombie said in the Variety article that his goal was to "not to have a big red blobby thing — that's the first thing I want to change. That gigantic Jell-O-looking thing might have been scary to audiences in the 1950s, but people would laugh now." What Zombie intended for the blob other than … a blob … is unclear.

Zombie also said that "The Blob" was going to be his opportunity to break out of horror, picturing the movie as a classic sci-fi alien invasion film — a slightly different animal. It seems that Zombie eventually lost interest, however, and "The Blob" was left behind. At last report, Simon West was set to remake "The Blob," but nothing has been heard from that project since 2015. 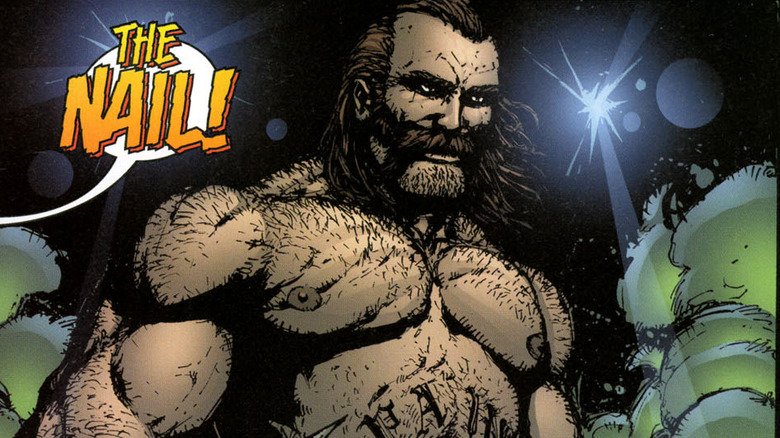 In a 2009 article on The Playlist, Zombie talked about an upcoming film he was making called "Tyrannosaurus Rex," a high-octane movie which he called a cross between "Straight Time" and "Raging Bull." Quelle intrigue. In that same article, the film was described as a hicksploitation film set in the 1970s that "deals with a washed-up ex-con prizefighter wandering into the world of underground bare knuckle brawling." Despite the name, "Tyrannosaurus Rex" was not going to feature any dinosaurs. It was to be a raw, grindhouse-style fight movie.

The film was to be based on a comic book that Zombie had made with Steve Niles back in 2004 called "The Nail," which was published by Dark Horse Comics. Eventually the project fell through because, according to a Bloody Disgusting interview, it was simply too expensive.

The post Every Rob Zombie Movie That Was Never Made appeared first on /Film.

Previous post Will Stranger Things Ever Solve The Problem Of Will's Forgotten Birthday?