Some films are connected in ways a casual observer could not possibly fathom. Hollywood is a massive labyrinth of deals, of complex contracts, and of .. 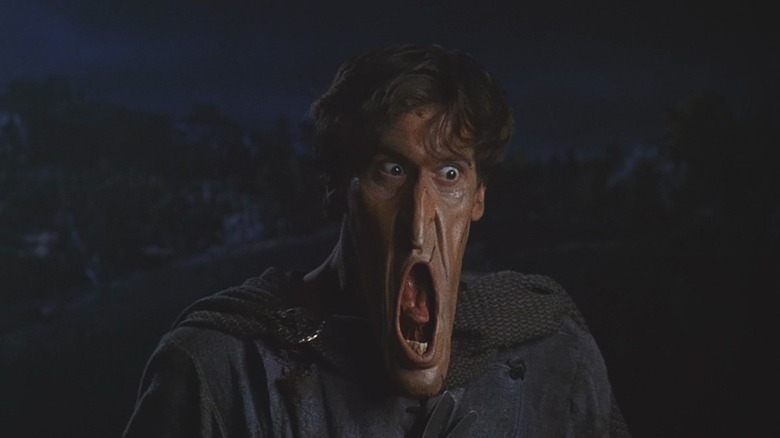 Some films are connected in ways a casual observer could not possibly fathom. Hollywood is a massive labyrinth of deals, of complex contracts, and of vaguely interconnected equity that can link two seemingly random film projects that couldn't be more different.

That was certainly the case with Jonathan Demme's Academy Award-winning film "The Silence of the Lambs" and Sam Raimi's hyperkinetic shlock horror/comedy "Army of Darkness," each of them classics in their own right, but not exactly a natural double feature. Their connection has to do with some odd financial withholding from Universal, the 1986 film "Manhunter," a kind-of-prequel to "Lambs," and who gets to make movies starring Hannibal Lecter. Sadly, to the dismay of horror fans the world over, the solution of including Ash Williams and Hannibal Lecter in the same film was never proposed. "The Evil of the Dead" would certainly have left a stamp in the cult film world.

According to the exhaustive research provided in Bill Warren's excellent film history book "The Evil Dead Companion" — research that included an interview with "Darkness" star Bruce Campbell — superstar producer Dino De Laurentiis, a longtime luminary in world cinema, nearly undid the making of Raimi's film over a film rights squabble regarding Hannibal Lecter. De Laurentiis, evidently, wanted the Lecter rights so badly, he held up the release of "Army of Darkness," leaving the entire crew feeling worried and powerless. 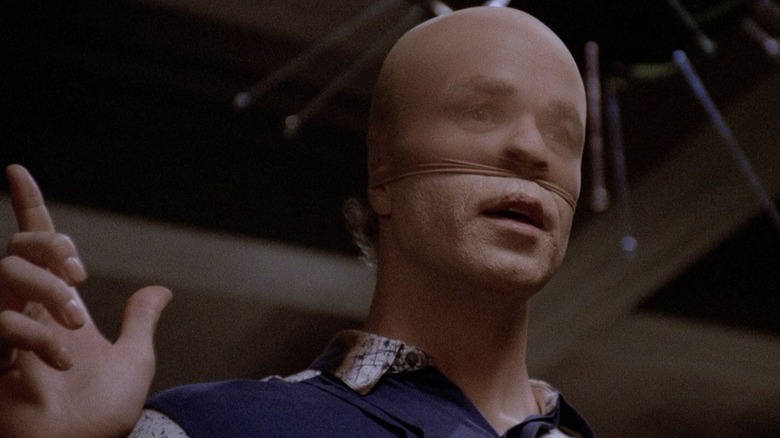 In 1986, Dino De Laurentiis produced Michael Mann's "Manhunter," based on the novel "Red Dragon" by Thomas Harris. It was the first film to feature the infamous serial killer Hannibal Lecter (changed to Lektor for the film, with Brian Cox playing the role). It remains a common practice to retain the rights to any possible sequels and/or characters when one makes a movie, largely to bank on any possible sequels, but more often to prevent a competitor from taking your property and inserting their own version into the marketplace. Although De Laurentiis retained the rights to Hannibal Lecter, Harris — without asking the producer — wrote a sequel to "Red Dragon" called "The Silence of the Lambs," the film rights to which were bought by Orion Pictures.

De Laurentiis struck a deal to lease the Hannibal Lecter character to Orion in order to make "Silence," and the film went on to win multiple Academy Awards. Orion was very happy, and Hannibal Lecter became a pop culture presence writ large (there were to be three additional Lecter feature films and a cult TV series to boot). When Harris began writing a third Hannibal Lecter novel — the book that was to become the 1999 bestseller "Hannibal" — Universal wisely snatched up the rights right away. While Universal had the rights to make a "Hannibal" feature film (which they would eventually do in 2001), De Laurentiis still owned the character. The story goes, according to "The Evil Dead Companion," that De Laurentiis refused to relinquish the Lecter rights to the studio, leading to their withholding of funds for "Army of Darkness."

De Laurentiis was producing "Darkness" for Universal, so the two entities had a tug o' war over it.

It Was Never Meant For The World Of The Living 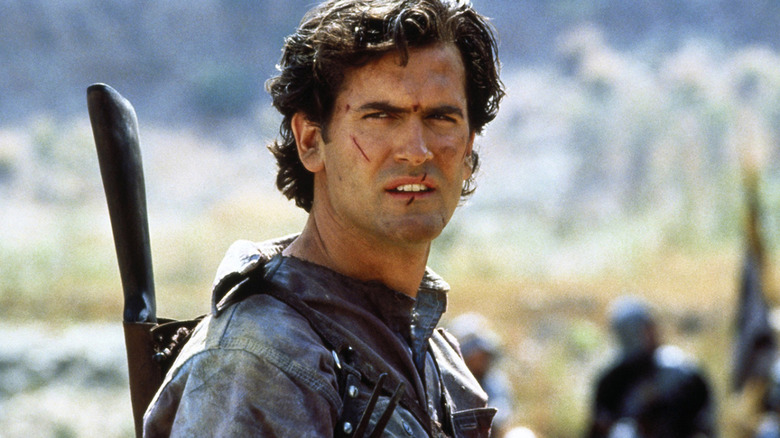 Meanwhile, over in their own universe, Sam Raimi, Bruce Campbell, and a cast of skeletons were out on the edge of the Mojave Desert in California, completing their slapstick medieval epic on a 100-day shoot. Raimi had just come off the success of "Darkman," and Universal agreed to fund half of the film's $12 million budget (this, too, is detailed in "The Evil Dead Companion"). The film ended up being large enough to require Raimi, Campbell, and producer Robert Tapert to put huge chunks of their own salaries into the production budget. Even then, some footage from "Evil Dead 2: Dead By Dawn" was reused. Despite the cut corners, "Army of Darkness" came out on the other end shiny and strange and wonderful.

And then, once complete, the film was unexpectedly shelved. Raimi's film unwittingly became a pawn in an argument over who would get to make a Hannibal Lecter sequel. De Laurentiis claimed in his Universal lawsuit that the studio had been pressuring the filmmakers to make "Darkness" on an unreasonable schedule, forcing his film to fail out of spite. While it may sound like an unfounded complaint, it turned out to be true. 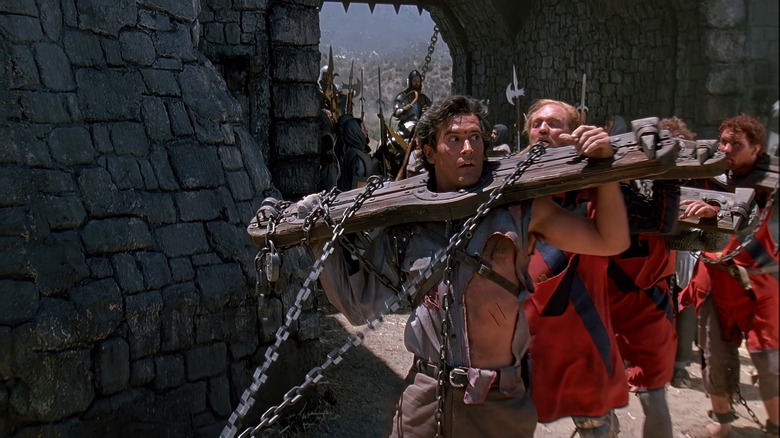 In "The Evil Dead Companion," Campbell recalled the six months "Darkness" had been shelved while studio heads locked horns. He also backed up De Laurentiis' story about how Universal pressured them with an accelerated timeline:

"We finished it in the spring of '92, and then it was on ice for six months while they battled it out and finally came to terms, and our film was done. We had to deliver it [early] because Universal was trying to force us to. Dino said we should finish the movie so we can say that we held up our end of the obligations — and we delivered."

Campbell also pointed out that the movie was suddenly irrelevant to the execs, battling over something that had nothing to do with the actual film. It's a danger, he said, of making movies for major studios:

"The scariest thing to me is when you make films for large companies, you realize there is a level of business going on that is so far above the concerns of your movie that through various arbitrary decisions based on real estate or some legal deal or some financial thing that was started years ago, they're restructuring your movie. Or an executive gets washed out with his boys, and the incoming people don't want to deal with your movie … that's more frightening than not having enough money."

"Army of Darkness" was released in theaters (to lackluster box office), Ridley Scott made "Hannibal" in 2001, and fans got one comedy and one high-profile cannibal gore movie to consume. "Army of Darkness" is now canonized by a generation of gorehounds and will continue to delight teens as long as there are dads willing to sit their kids down in front of it. It's currently on HBO Now.

Next post Tales From The Box Office: In 1982, E.T. Buried Blade Runner And The Thing

Previous post Every Rob Zombie Movie That Was Never Made