Nine Inch Nails Repurposed A Rejected Song From Twin Peaks: The Return – Listen To It Now

The single most memorable episode of "Twin Peaks: The Return" featured a performance by Nine Inch Nails, but the song that we heard isn't the one.. 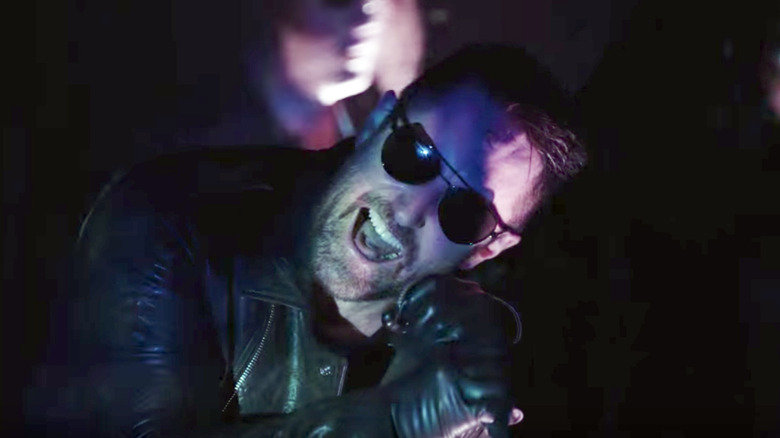 The single most memorable episode of "Twin Peaks: The Return" featured a performance by Nine Inch Nails, but the song that we heard isn't the one that Trent Reznor had originally written for the series. Most episodes of David Lynch's 2017 "Twin Peaks" revival ended with a musical performance at the Roadhouse, otherwise known as the Bang Bang Bar. However, the trippy, apocalyptic Part 8 was a notable exception to this. After a prologue featuring Agent Dale Cooper's evil doppelgänger (Kyle MacLachlan), the Roadhouse MC (JR Starr) appeared on stage to proudly welcome "the Nine Inch Nails" with about 45 minutes left to go in the episode.

What followed was a nightmarish episode that took the viewer into the heart of a mushroom cloud and evil itself. Lynch didn't give Reznor much info about what "Part 8" would entail, so the Academy Award-winning composer and rock star was left referencing Julee Cruise's dreamy theme song, "Falling," from the original "Twin Peaks." In a recent interview with Fangoria, Reznor recalled:

"When we got the call about Twin Peaks, the question was just, 'Would you like to participate in Twin Peaks: The Return?' and the answer was, 'Yes, of course!' and then he said, 'I would like the band to be playing a show at the Roadhouse.' No further information. We didn't have a lot of time; it was maybe two, three weeks until [filming]. We were working on a piece that — and I haven't told anyone this — ultimately became the music for 'This Isn't The Place,' incorrectly thinking that he'd want something that was more … y'know, I was picturing Julee Cruise, something that was a bit more broken down or open and David Lynch-ish."

This Isn't The Place

Filmed in crisp black-and-white, "Twin Peaks: The Return" episode "Part 8" transitions from the test of the first atomic bomb, Trinity, in the New Mexico desert in 1945 to the attack of the Woodsman (played by Abraham Lincoln impersonator Robert Broski) on a small-town radio station in 1956. It ends with a frog-moth Hatchling crawling into a girl's mouth. Moreover, the song that plays during the atomic bomb test is Krzysztof Penderecki's screechy "Threnody for the Victims of Hiroshima."

Needless to say, this called for a darker musical setup than the one in "This Isn't the Place," Reznor's original song for "Part 8," which you can hear above. He had been shooting for something along the lines of Cruise's theme or Angelo Badalamenti's accompanying "Twin Peaks" score. As he explained:

"When we turned the track in, [Lynch] was comfortable enough with me to write or call me back and say, 'Y'know, I'm looking for something a little less … this just isn't what I want. I want something that feels menacing and unpleasant.' I think probably most of the people that were called [about performing in the Roadhouse] had the same thought we did, to go a little more Badalamenti-ish, something you'd expect to be playing in there. So in about another day, we quickly turned around 'She's Gone Away' and immediately got the response of, 'Thank you, yes, this is exactly what I was looking for! Appreciate the extra effort!'"

"She's Gone Away" lent "Part 8" just the right flavor, contributing to a daring episode of television that drew comparisons to the likes of Stanley Kubrick's "2001: A Space Odyssey." It just goes to show that not even Oscar-winning composers should be afraid to go back to the drawing board once in a while.

The post Nine Inch Nails Repurposed a Rejected Song From Twin Peaks: The Return – Listen to It Now appeared first on /Film.

Next post Will Stranger Things Ever Solve The Problem Of Will's Forgotten Birthday?