For some moviegoers out there, it simply never got better than the summer of 1982. The sheer number of great movies released that year during the prim.. 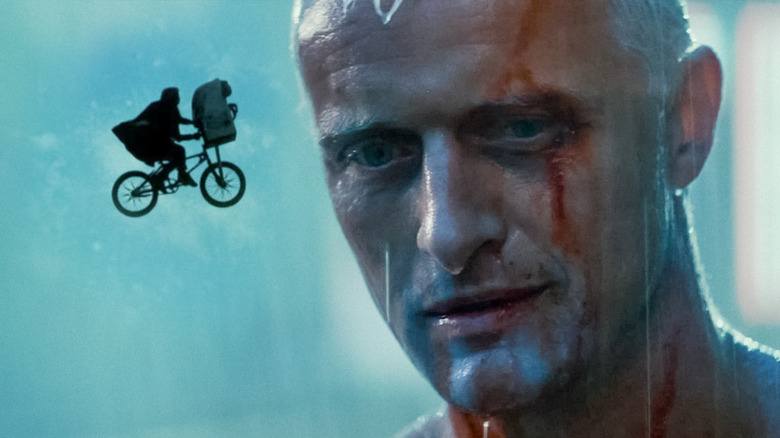 For some moviegoers out there, it simply never got better than the summer of 1982. The sheer number of great movies released that year during the prime moviegoing season is downright staggering when looking back at it some 40 years later.

"Conan the Barbarian," "Rocky III," "Poltergeist," "Star Trek II: The Wrath of Khan," "Tron," "An Officer and a Gentleman," "Friday the 13th: Part 3." The list goes on. But there is one weekend that stands out in a big, bad way — particularly for sci-fi fans — as Ridley Scott's "Blade Runner" and "John Carpenter's "The Thing" were, amazingly enough, both released on the very same day that year.

Sure, through modern eyes many of us view these as stone-cold genre classics that are amongst some of the greatest films ever made. But in the summer of '82 it looked like both movies were at risk of being lost to the sands of time, relegated to the discount bin at the video rental store because Steven Spielberg simply could not be stopped. Indeed, "E.T. the Extra Terrestrial" was right in the middle of its absolutely dominant run atop the box office that weekend and it straight-up buried both "Blade Runner" and "The Thing" on their first step up to the plate.

So, in honor of the 40th anniversary of both of these movies, we're going to look back on that fateful weekend, what went wrong, how both films overcame a rocky start, and what lessons we might be able to learn from those different journeys all these years later. Let's dig in, shall we?

The Movies: Blade Runner And The Thing 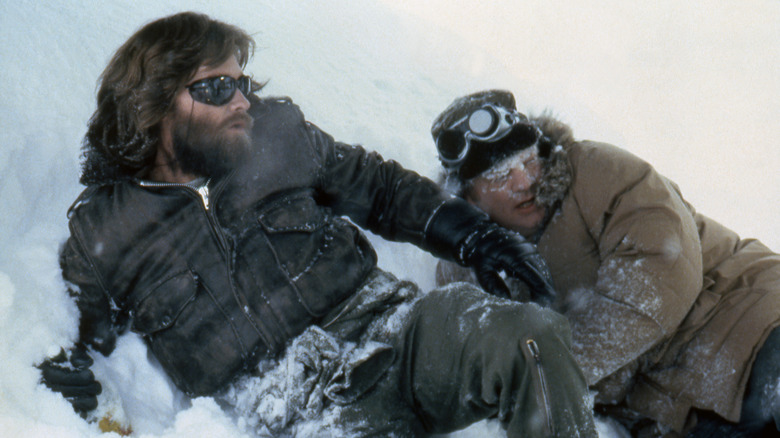 Even though "Blade Runner" and "The Thing" are wildly different films, they do have quite a few similarities. For one, they both have absolute genre filmmaking masters at the helm, with Ridley Scott and John Carpenter behind their respective cameras. Beyond that, they are both adapted from beloved sci-fi source material, with "Blade Runner" adapting Philip K. Dick's "Do Androids Dream of Electric Sheep?" and "The Thing" being adapted from John W. Campbell Jr.'s 1938 short story "Who Goes There?" Both sci-fi tales start with a question, and both provide pretty compelling (if not crystal clear) answers.

Campbell's work, it is worth nothing, had also previously been adapted in 1951 in the form of "The Thing from Another World," though it is not considered to be an overly faithful interpretation of the material. Scott, for his part, was getting a first bite at the apple but many other filmmakers, including Martin Scorsese, had previously tried to adapt Dick's book for the screen without success.

Both filmmakers were also entering into these films from a place of success, with Scott coming hot off of "Alien" and Carpenter putting together a string of hits including "Halloween," as well as "The Fog," and "Escape from New York." They had the backing of major studios in Warner Bros. and Universal, respectively, and they both had great casts to anchor these adaptations. Harrison Ford, the man behind Han Solo and Indiana Jones, was to lead "Blade Runner" as Deckard, with Kurt Russell, a frequent collaborator of Carpenter's, heading up a tremendous ensemble as MacReady in "The Thing." 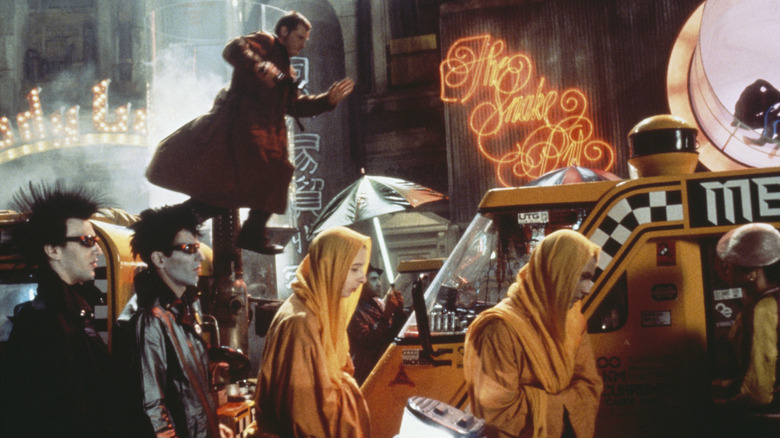 Both "Blade Runner" and "The Thing" also featured now-legendary visual effects and craftsmanship, with Scott crafting a truly distinctive vision of the future, while Carpenter brought forth some of the greatest practical creature effects in the history of cinema. Yet both films also faced difficulties in realized vision, with Universal banking on "The Thing" as counter-programming to "E.T." only to have test screenings of the horror flick perform very poorly. "We're dead," producer David Foster is known to have said after a trailer for "The Thing" played in front of "E.T." to crickets.

At the same time, Scott was contending with a litany of changes at the request of the studio which has resulted in seven different versions of "Blade Runner" arriving at various points over the years. But it wasn't until the so-called "Final Cut" arrived in 2007 that the tide truly and permanently turned. The theatrical version features voiceover from Deckard that wasn't originally planned, among many other things. Scott, at the time, only had one hit to his name and didn't have the power to exact his creative vision the way that he does now. Would Scott's definitive version have played better at the time? It's tough to say but, quite honestly, "E.T." was a hurdle that seemed impossible to clear.

Both movies, despite the challenges, were being put up against a box office juggernaut entering its third weekend — a film that was meant to appeal primarily to children, not adult audiences as well. Spielberg's unparalleled genius in the blockbuster department had other ideas. And so, hopeless, immediate defeat loomed for a pair of eventual classics. 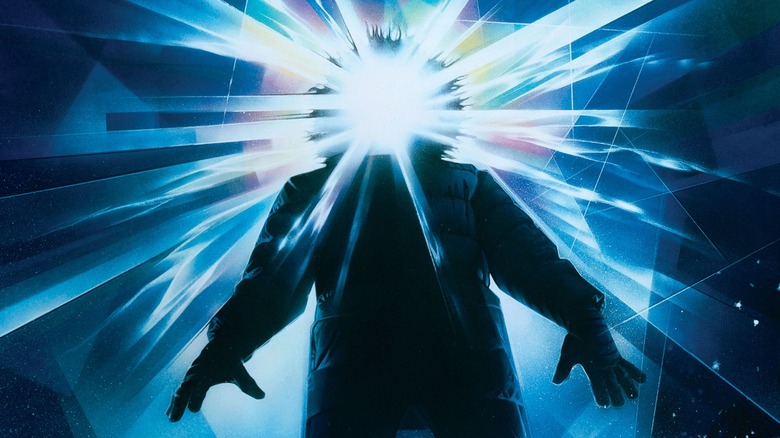 It was a wildly different time at the box office in 1982, when it wasn't just one or two movies that generally had room to make money. For example, the weekend beginning June 25 that year, when both "Blade Runner" and "The Thing" hit theaters, not a single movie in the top ten made less than $2 million, whereas the weekend's winner, "E.T.," made $13.7 million in its third weekend of release. Meanwhile, last weekend (at the time of this writing) saw three films make more than $40 million while the number ten film earned just over $200,000 and the bottom four made less than $1 million. There now exists a much larger gap between the bottom and the top.

Even so, "Blade Runner" wasn't met with a ton of enthusiasm — though it did do well enough to take the number two spot that weekend with $6.1 million, beating out (checks notes) "Firefox," which earned $5.1 million in its second weekend. "The Thing" fared far worse in terms of raw dollars, coming in at number nine with $3.1 million. It is worth pointing out that "Blade Runner" played on more screens (1,295), compared to "The Thing" (840), which undoubtedly had a lot to do with the gap as well.

By mid-July, both films had slipped out of the top ten entirely while "E.T." was still number one on the charts in its sixth week. Spielberg's unbridled sci-fi family adventure earned more than $350 million domestically alone that year and, to date, has grossed $792 million globally against a $10.5 million budget. Meanwhile, "Blade Runner" had to settle for $27.5 million in its original release and $39 million globally to date against a $30 million budget. As for "The Thing," it earned $19.6 million against a $15 million budget. In their initial runs, relative to what it cost to produce them, both films were relative disappointments that were nearly buried by Spielberg and his charming tale about a boy and his alien friend. 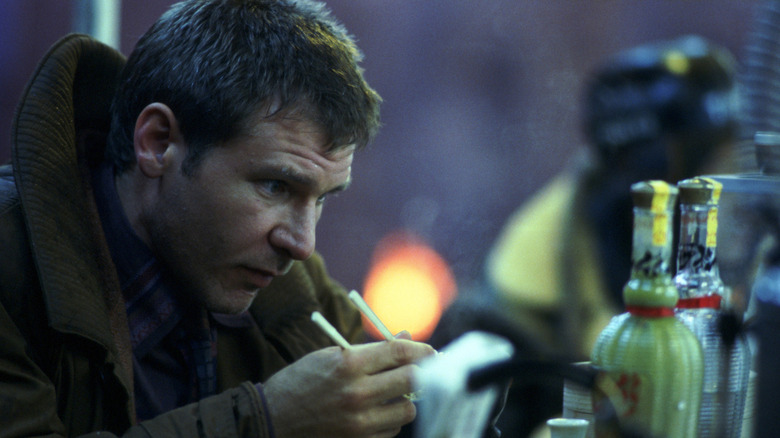 All three of these movies are stone-cold classics, and are now counted the greatest movies of all time. The relative disappointment of "Blade Runner" and "The Thing" was rough, yes, but in hindsight it doesn't really mean all that much to those who enjoy the films now. Just look at the fact that "The Thing" recently managed to re-enter the box office charts with its 40th anniversary re-release. These films have endured despite the initially brutal circumstances.

Initially through VHS, then DVD, then Blu-ray (not to mention cable viewings and various revival screenings over the decades), these films have been allowed to find their audience and, as a result, became successes over time even though they weren't at the outset. Case in point, both have had follow-ups in the form of "Blade Runner 2049" and 2011's "The Thing" prequel. Both films also have more projects in development, with a "Blade Runner" TV show in the works and another "Thing" film in development at Blumhouse. Neither studio would be pursuing these projects if the audience didn't exist. Time has built that audience, "E.T." and its box office dominance be damned.

In the streaming era, so many films are either dumped to a streaming service and eventually lost to the algorithm with no Blu-ray release to speak of. On the flip side, those that are released theatrically have so little time to make money that they either succeed quickly or are left to die on the vine. Perhaps they can find an audience on VOD but the revenues are very tough to make up that way. The point is, with the system as it exists, allowing movies to find an audience over time is extremely difficult. Or, at the very least, studios and streaming services are not very good at facilitating this sort of thing. That is the key.

Imagine losing out on "The Thing" or "Blade Runner" simply because they didn't do well at the box office and, instead of trying to let those movies find their people, they were just left to languish in a digital vault, virtually undiscoverable because of the ever-evolving content algorithm and need for change. Hollywood would do well to consider this in the future as initial failure does not mean failure forever. Classics can become classics with time; let's not make that a thing of the past.

The post Tales From The Box Office: In 1982, E.T. Buried Blade Runner And The Thing appeared first on /Film.